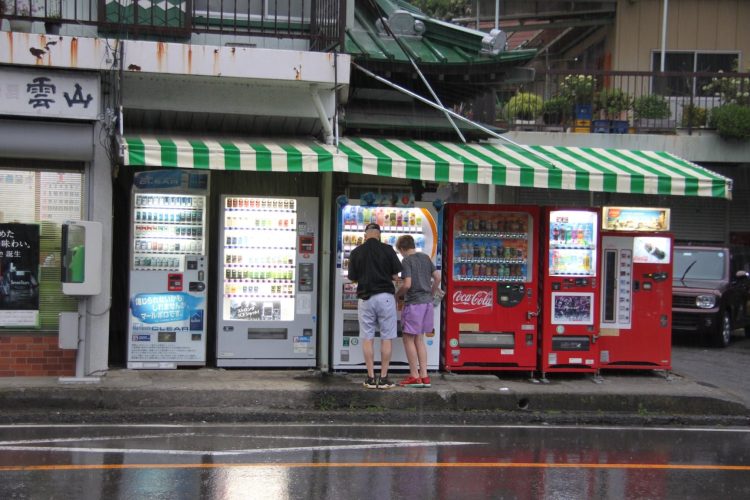 Sugar…it’s on everyone’s lips. The April 2018 introduction of the UK sugar levy is just around the corner, but as this month’s JournalWatch shows, it is not just the developed nations that we need to advocate within. This month’s manuscript indicates that major global soft drink producers are seeking to maintain their profits in the face of declining sales in wealthier countries like Australia, and just as the tobacco industry did, invest heavily in low- and middle-income countries.

These industries are spending several billion dollars a year in countries such as as Brazil, China, India and Mexico to build bottling plants, create distribution networks, and advertise their products to maximise sales.

What is the problem?

The consumption of sugar-sweetened beverages (SSBs) has been suggested as a contributory factor to the rising levels of childhood obesity in many countries worldwide. In April 2015, the World Health Assembly released a guideline recommending adults and children reduce their daily intake of free sugars to less than 10% of their total energy intake.

We have the evidence and the policy supports to reduce consumption of SSBs worldwide, yet soft drink companies continue to behave much like the tobacco industry did when sales of cigarettes dropped –  hawking its products to consumers in less-developed nations, and in Australia’s case, to many Aboriginal communities.

Growing brand loyalty in these countries and communities where the levels of awareness of the health implications may be lower is unethical given many of them continue to struggle to provide health care to their isolated or growing populations. Despite this, the soft drink industry continues to release statements such as this:

“Our beverage companies are good global citizens who follow responsible marketing practices and have innovated a wide variety of product offerings, including greatly increased lower-and no-calorie options in the marketplace. The global beverage industry is proud of the important role it plays in the global economy and the steady jobs it provides to hundreds of thousands of people who depend on beverage sales for all or part of their livelihoods.”

Why then I ask, are many of the advertisements and promotions for SSBs littered with tactics that are clearly targeting children and young people (including those in low-and middle-income countries), using cartoon characters, celebrities, music tie-ins and social media to reach them?

In this month’s JournalWatch, I review an article that compares consumption of carbonated soft drinks among young adolescents in 53 low- and middle-income countries (LMICs).

This publication builds on previous work. In 2014, Lobstein stated that while sales of sugar-sweetened beverages have been relatively static or declining in many high-income countries in recent years, they are typically increasing at 3% per annum globally, with much of the increase in low-and middle-income countries in Asia and Latin America.  He quoted that India reported a 7% annual increases in sales and Brazil reported a 6% increase.

Appealing to the Vulnerable

Let’s take a couple of developing countries as examples. In India, a local brand (Thums Up) purchased by Coke in 1993, is India’s number-one selling soft drink. While 69 million Indians already suffer from diabetes (2015), the country’s Diabetic Foundation fears that number will rise to 80 million by 2025. Coke also sponsors the Coca-Cola Cup, a cricket tournament for kids aged 12 to 16 and many Bollywood stars promote Thums Up.

Coca-Cola is Africa’s biggest employer, with 65 000 employees and 160 production plants. The company planned a $17 billion investment between 2010 and 2020 on that continent.

The Brazilian sugar-drink brand Dafruta uses the character “Barbie” to appeal to young girls. A Centre for Science in the Public Interest report shows Coca-Cola signage on school entrances in South Africa and Ghana. This report also states that Pepsi rewards purchases with free telephone airtime in Nicaragua, and uses it to reach young Filipinos.

Published in the American Journal of Public Health and led by Lili Yang from the Shandong University in China, the article used 2009 to 2013 Global School-based Student Health Survey data, to compare the frequency of carbonated soft drink consumption among young adolescents aged 12 to 15 years by region and country.

The data were derived from 53 LMICs taking part in the survey that included available information on adolescents’ diets. The data were anonymous, the survey participation was voluntary and the questionnaire was in local language. Participating students answered a structured questionnaire self-administered during regular school hours.

There were 10 modules of questions in different areas, and countries selected the modules they wished to use. However, the questions within the modules could not be altered, and results were therefore directly comparable between countries. Questions on consumption of carbonated soft drink were included in 2009.

In total, the research team analysed 137 449 surveys from 12 – 15 year olds (48.6% of whom were boys) who had complete data on gender, age, and carbonated soft drink consumption.

The data indicated that the overall frequency of consumption of carbonated soft drinks was 1.39 times per day. The region with the lowest consumption was Southeast Asia (0.85 times/day) and the highest was in Central and South America (1.68 times/day).

Just looking to our Pacific neighbours, we clearly have some work to do. In Niue, young people were drinking soft drink 2.13 times per day. Niue is a small coral atoll which is home to less than 1500 people. A review of trade data in the Pacific region, showed that, in 2011, volumes of soft drink sales were 1 litre per person in Kiribati, 8 in Tuvalu, 31 in Tonga, and 41 in Niue.

These figures are astounding and cause for concern, which also extends to our own backyard. A study conducted by PHAIWA and Diabetes WA a few years ago showed similar issues, with an analysis of six remote Aboriginal community stores sales data indicating that soft drink sales contributed 27% of the total sugar consumed.

The authors make the point that companies producing carbonated soft drinks are often large transnational companies with franchises in LMICs, and rely increasingly on sales of carbonated soft drinks in emerging LMIC markets to boost their revenues. They suggest that marketing strategies are adapted to suit and align to local cultures and contexts for this purpose.

They also say that the soft drink industry largely targets children and adolescents, because as we already know, young people are both vulnerable to marketing strategies and easily amenable to adopting new beverage consumption patterns.

In advocacy we have the scream test…. the louder companies scream, the more impact we know a measure will have. So when I see comments such as this from the soft drink industry, I know we are starting to push some buttons.

“First, there is simply no comparison between soda and tobacco – not among our products, nor our business practices. Tobacco in and of itself is harmful – in any amount; our beverages are not. Second, our industry is focused on developing real, collaborative efforts with key stakeholders in developing meaningful solutions to public health issues such as obesity, an approach recommended by the Institute of Medicine, as well as the World Health Organization. Our Balance Calories Initiative, in partnership with the Alliance for a Healthier Generation, is a prime example of this type of collaboration and education, which advocates a better balance between what consumers eat, drink and do. Bottom line: our industry’s products are safe, as science has repeatedly reaffirmed, and can be integrated into a healthy diet and active life.”

The time is right for governments around the world to make nutrition a priority especially for children and young people, to consider levying excise taxes on sugary drinks, to close loopholes around the marketing of unhealthy products to children, to investigate warning labels on soft drink and prohibit the sale of soft drinks at any venues where children congregate. And it goes without saying that any revenue generated from these strategies needs to be used to sponsor or activate preventive health and nutrition programs.

The Public Health Advocacy Institute WA (PHAIWA) JournalWatch service reviews 10 key public health journals on a monthly basis, providing a précis of articles that highlight key public health and advocacy related findings, with an emphasis on findings that can be readily translated into policy or practice. The Journals reviewed include: