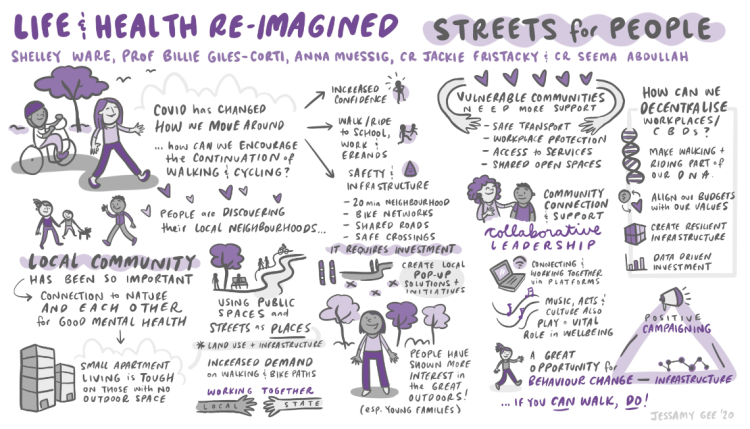 Pandemic lockdowns have highlighted deep inequities in the ways our cities are built and used, and shown the urgent need for governments to direct stimulus funds into measures that make cities healthier, more sustainable and more equitable, according to an expert panel forum held this week.

United States urban planner Anna Muessig told a VicHealth webinar that we need to “transform the DNA” of our cities to become resilient to future shocks and focus on ways to reclaim streets from cars that are “a lot cheaper than designing more arterials for roads” and continue the pandemic trend of turning streets into “public realms” not just traffic corridors.

“As a lot of cities are grappling with budget cuts, especially here in today’s pending economic recession, it’s really an opportunity to align our budgets with our values, and really thinking about how we can put people first in creating the streets of the future,” she said during the panel discussion on ‘Streets for people – Lessons from a return to local living’.

However, the webinar heard the early signs may not be good.

Councillor Jackie Fristacky, from the City of Yarra, said Victorian data showed traffic on roads on 5 June was back to 80 percent of pre-pandemic levels, even while many people were still working from home and schools and businesses were still closed.

The Croakey Conference News Service is covering the VicHealth Reimagining Life and Health series of five expert panel discussions exploring how to best respond to and emerge from the coronavirus pandemic.

You can watch the full recording of the latest event here, moderated by Aboriginal broadcaster and educator Shelley Ware, and read the paper written for the event by Anna Timperio from the Institute for Physical Activity & Nutrition (IPAN) at Deakin University and panelist Professor Billie Giles-Corti, from the Urban Futures Enabling Capability Platform & Healthy Liveable Cities Group at RMIT.

See also our earlier preview, a Twitter thread from the event and below, tweets from those attending or interacting with the #HealthReImagined conversation.

Giles-Corti told the webinar the pandemic lockdowns had brought home how important the local community can be and how much safer and enjoyable it was with much less traffic on the streets. Many families in particular had embraced walking and cycling, in numbers she and Timperio hoped could begin to reverse dramatic declines in the number of children walking to and from school.

But she said benefits for living local in the pandemic had been weighted towards people who live in well connected neighbourhoods that provide local access to most of their needs within a relatively short walk.

The City of Yarra was an example of that disparity in the pandemic, Cr Fristacky said. She said many residents of the inner city Melbourne suburb were able to live healthy, connected lives during the lockdown, particularly if they lived in relatively spacious housing with access to gardens and parks. The council had been forced quickly to widen walking and cycling paths that ended up “chockers” from extra use.

On the other side, she said, were significant number of residents who were “apartment bound”, including those living in public housing towers. Raising questions for the future about apartment building standards, she said many lived in one-bedroom apartments that didn’t provide any space for occupants to get away from each other, or a balcony for fresh air, and relied on residents using lifts – which were a risk for COVID19 infection – when they wanted to get outside.

Participants on the webinar and via Twitter also raised broader concerns about equity, including for Aboriginal people and people living with disability.

Focus on the frontlines

Speaking from San Francisco, Muessig, who works for the global urban planning group Gehl, said that spaces to relax, meet and exercise in are important for cities, but it became clear to many in the United States in the pandemic that the planning priority has to be for people who are working “on the frontlines of our basic needs as a society” – those in low paid essential jobs who often worked some distance from home and were at risk in their workplaces.

“They need a way to get to work safely, they need transport options, whether that’s active mobility or public transportation to get into their places of work safely, and they need protection from the workplace,” she said, acknowledging there had been “pushback” in Oakland, California, to moves by urbanists to ban cars in 10 percent of suburbs when they inhibited more direct ways to work for many who had to travel through.

Stimulus funds should be invested not in more roads, but in schools, swimming pools and community centres needed to establish 20 Minute Neighbourhoods, said Giles-Corti, recommending participants and local authorities explore data captured by the Australian Urban Observatory at RMIT on where amenities are and where they are needed in 21 Australian cities.

“I know (the pandemic) has been dreadful for many people and there’s lots of sadness, but I think it’s really also an opportunity and it’s really up to each of us as well as governments and local government to look at how we can go back from this better, to having a greener, more sustainable future, and a more equitable future, rather than going back to business as usual,” she said.

However, while the region also saw increased levels of cycling and walking along local river trails and elsewhere, it also saw the need to quickly address issues such as family violence and mental health and stresses on local business and local artists by creating the Greater Shepparton Response. 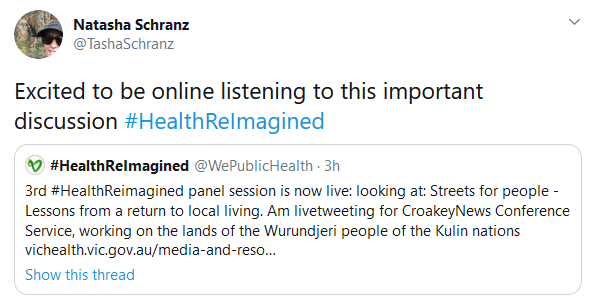 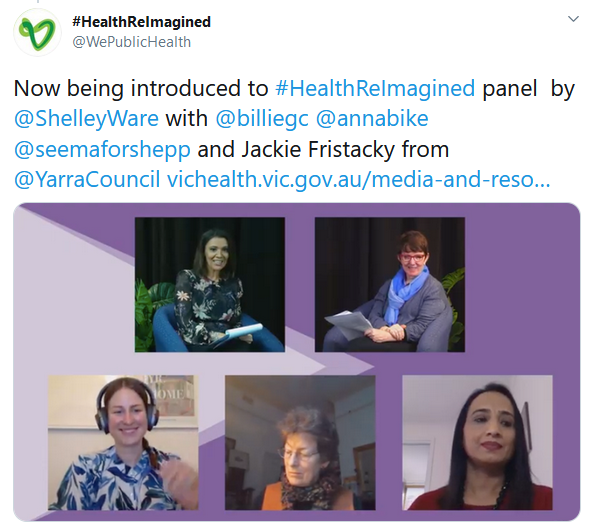 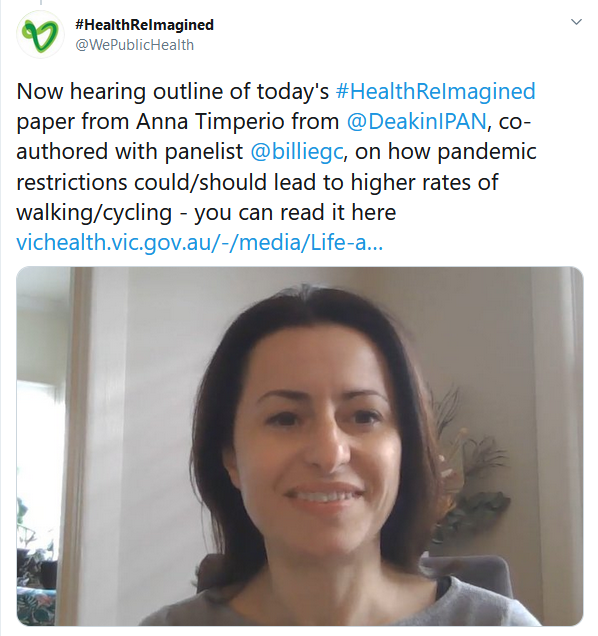 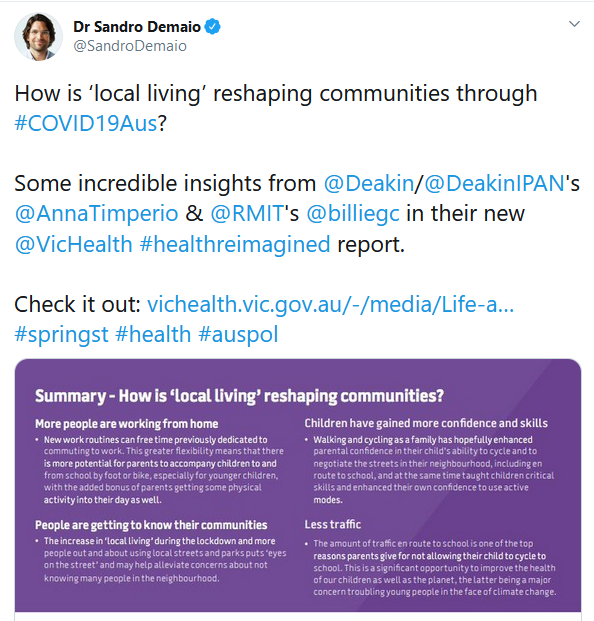 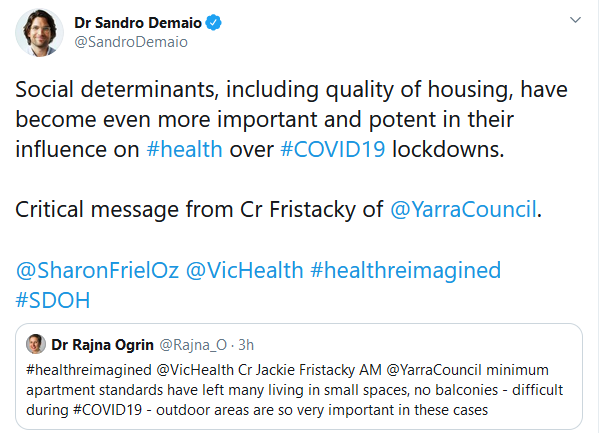 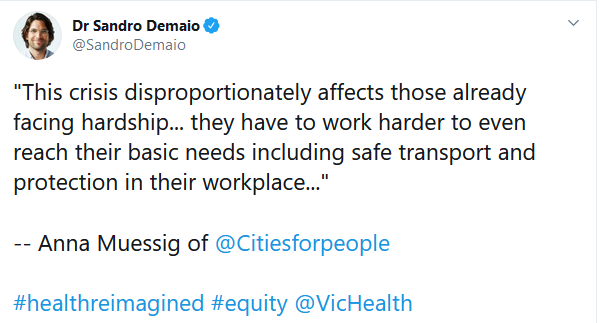 Investing in values not vehicles 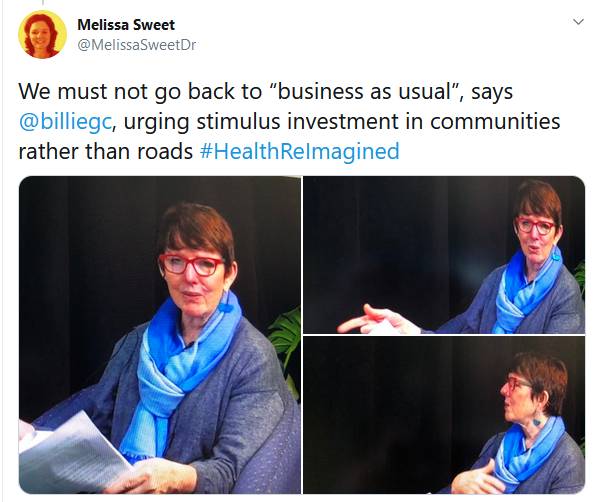 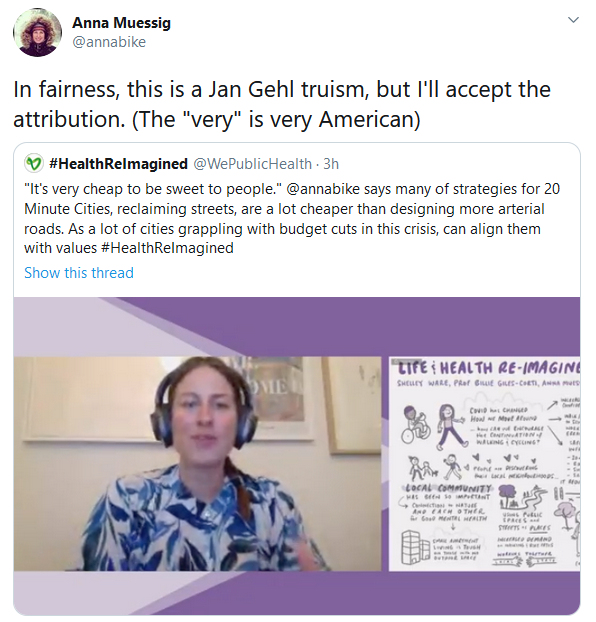 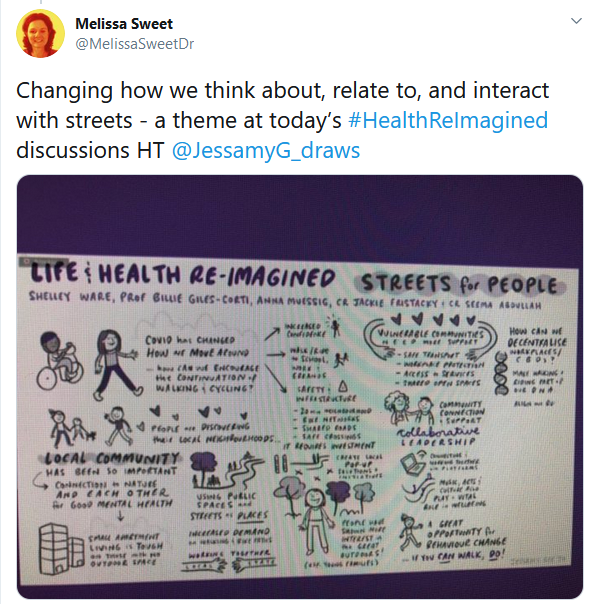 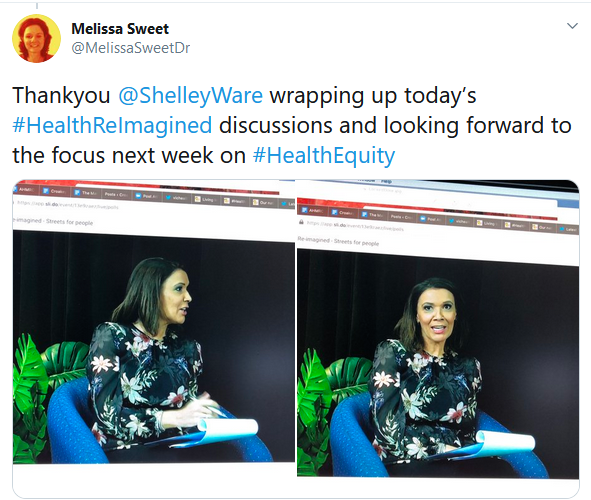 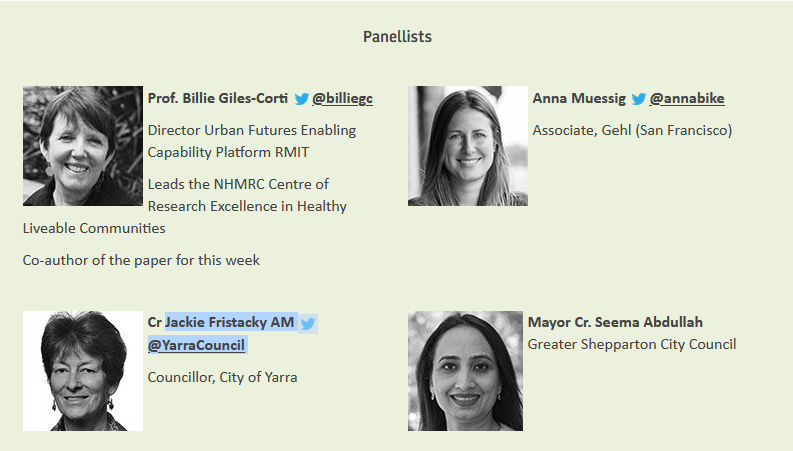