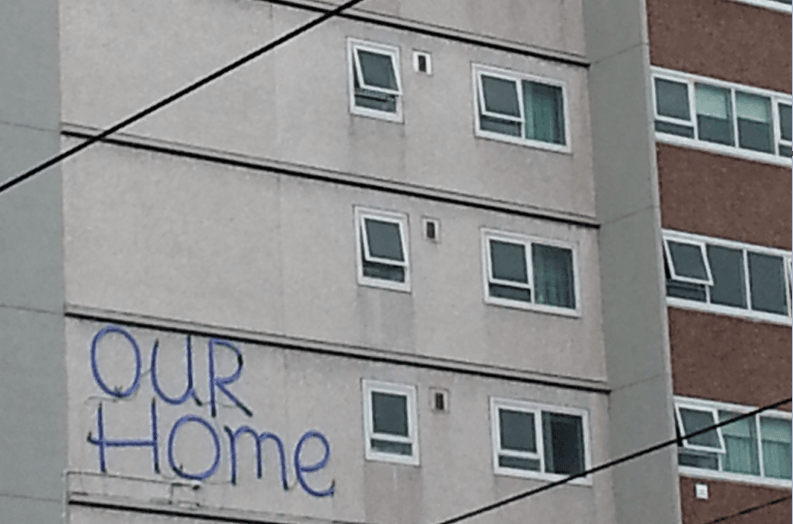 The United States spends more on health care than any other developed nation, yet a recent study suggests social services spending has a greater impact on health outcomes. This post, by Elizabeth H. Bradle and Lauren A. Taylor, was published at the Robert Wood Johnson Foundation blog and is republished here with permission.

It’s a timely reminder of the social determinants of health as Parliament resumes next week, with the Federal Government set for a budget savings battle that will likely target critical payments for low income households and continue to ignore vital issues like housing affordability and security.

But it will hopefully be high on the public agenda as Sir Michael Marmot  – a leading global advocate for action on the social determinants of health and health inequalities – delivers the first of the 57th Boyer Lectures Series, and appears on the ABC’s Q&A on Monday with Australian Council of Social Service (ACOSS) Cassandra Goldie, PM’s Indigenous Advisory Council chair, Warren Mundine, Sydney University Economics Professor  Deborah Cobb-Clark and University of Notre Dame Dean of Medicine Christine Bennett.

Croakey readers can also catch up on Goldie’s deeply personal keynote address and other issues raised this week at the Centre for Primary Health Care and Equity annual forum, in this comprehensive wrap from Amy Coopes.

In a recent blog post for The New York Times, Dr. Dhruv Khullar, a resident physician at Massachusetts General Hospital, detailed important—and importantly nonmedical—barriers to health that he had witnessed in his patients: a man who couldn’t fathom worrying about his blood pressure when he needed to find food and a place to sleep, a diabetic without reliable access to a refrigerator to store insulin, a mother fretting that mould and cockroaches in her apartment were exacerbating her son’s asthma. Medical care might be necessary for these patients. But that care alone is unlikely to be sufficient.

It’s well-known that the United States spends far more on health care than any other developed nation—a record 17.5 percent of its gross domestic product (GDP) in 2014—while enduring worse health outcomes. Life expectancy in the U.S. is lower, maternal and infant mortality is higher, and the prevalence of chronic illness is far more common than European countries.

But these poor health outcomes can also be connected to another type of spending where the U.S. falls far below Europe—social services that target education, housing, nutrition and poverty. In an analysis we published in 2011, the ratio of social service spending to medical care spending was significantly associated with better health outcomes across 34 OECD (Organization for Economic Cooperation and Development) countries between 2000 and 2005.

Key findings on the connection between social services and health outcomes

Our latest study, published in Health Affairs, found this same pattern within the United States: 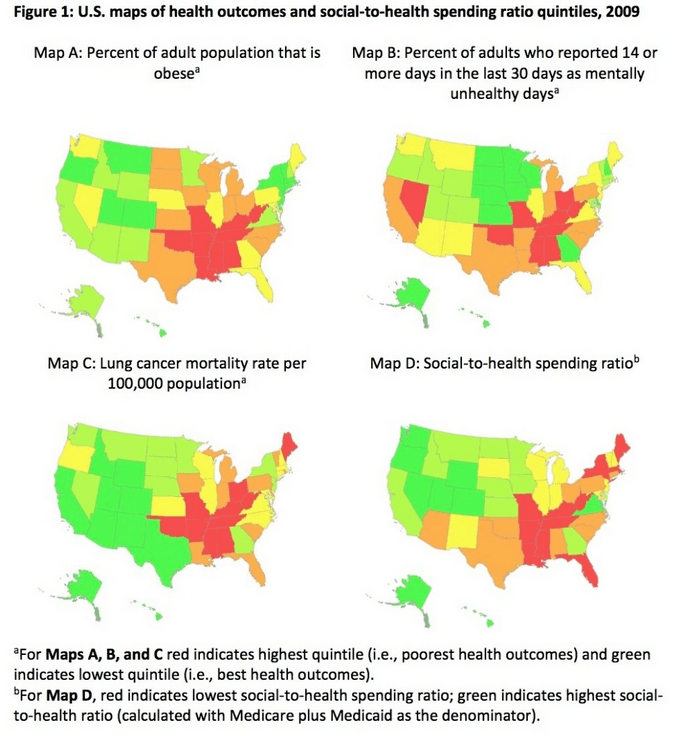 Which social services matter the most?

We reviewed 74 research studies examining the impact of various social services on health outcomes and health care costs, and found that three types of services are particularly meaningful:

These studies suggest that greater investments in such programs could significantly offset health care costs nationally.

Real-world experiences support this idea. In 2011, Bud Clark Commons (BCC) opened in Portland, Oregon—a facility designed to provide housing and supportive services for chronically homeless individuals. Those who were covered by Medicaid had average annual health costs of $2,006 prior to taking up residence in the BCC apartments; in the year after moving in, that figure fell by 55 percent, to $899. A similar program that the University of Illinois Hospital leads, in partnership with Chicago’s Center for Housing and Health, has seen health costs for residents fall 42 percent.

The role of lifestyle changes

High health care costs in the United States partly stem from both providers and consumers relying heavily on medical care to address problems that could be alleviated through comparatively inexpensive lifestyle changes. But large scale lifestyle changes will require shifts in our culture, as well as new kinds of partnerships for health—between health care providers, social service agencies and communities.

And sometimes the built environment and other structural factors complicate lifestyle decisions. For example, the presence or absence of a grocery store in a neighborhood can dictate access to nutritious food. Key stakeholders are beginning to pay attention to these issues; in Mississippi, UnitedHealthcare just announced an initiative they will carry out with Alcorn State University to distribute fresh produce to Mississippians living in so-called “food deserts.”

Reorienting attention and resources from the health care sector to upstream social factors is critical, but it’s also an uphill battle. More research is needed to characterize how the health effects of social determinants like education and poverty act over longer time horizons. Stakeholders need to use information about data on health—not just health care—to make resource allocation decisions. Financial incentives will need to be aligned to encourage these shifts in thinking and decision-making. To start this conversation, we should try to draw lessons from states that already maintain higher social-to-health spending ratios and observe better health outcomes.

Elizabeth H. Bradley, PhD, is the Brady-Johnson Professor of Grand Strategy and Faculty Director of the Yale Global Health Leadership Institute. She is renowned internationally for her work on health system design and large-scale implementation of efforts to improve management capacity in health care delivery within the US and abroad. Read her full bio.

Lauren A. Taylor is a doctoral student in the management track of the Health Policy program at Harvard University. Prior to joining HBS, she graduated as a Presidential Scholar from Harvard’s Divinity School in 2015, where she served as the Research and Development Director in the Science, Religion and Culture program. Read her full bio.