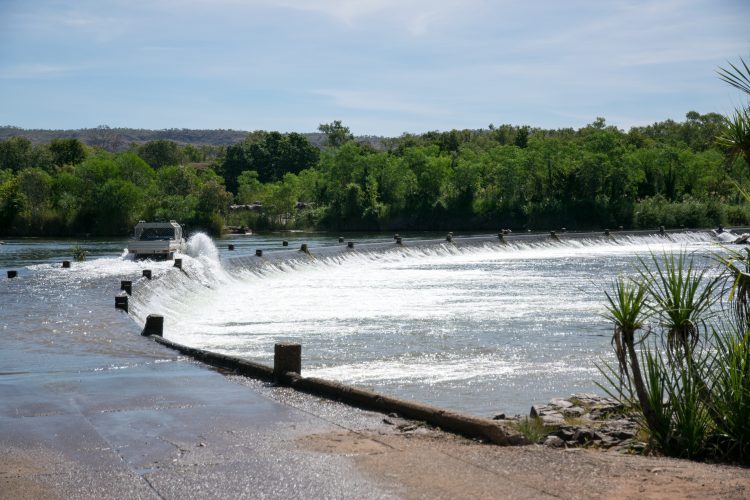 Summer is a high-risk time of the year for drowning – and particularly so during a La Niña event, as we are now experiencing.

Some timely tips on drowning prevention are shared below by Dr Amy Peden, an injury prevention researcher and lecturer at the School of Population Health at UNSW.

Drowning has been described as a global public health threat by the World Health Organization (WHO) and disproportionately impacts low and middle income countries, and children and young people less than 25 years of age.

Here’s the historic first global report on drowning. Drowning is estimated to claim the lives of 236,000 people worldwide (as per WHO); however, these estimates EXCLUDE drowning due to disaster (floods, tsunami etc) and transportation (ie ferries).

Here’s a blog that Professor Richard Franklin and I wrote in @IP_BMJ, the Injury Prevention journal, Global Drowning Prevention Day 2021: The start of a new era?

This global advocacy event serves as an opportunity to highlight the tragic and profound impact of drowning on families and communities.

In Australia we observe #NationalWaterSafetyDay on December 1, the first day of summer.

The day has bipartisan political support and activities are led by national drowning prevention organisations: @RoyalLifeSaving and @SLSAustralia.

Such is my commitment to drowning prevention I’m off to take my children to swimming lessons this morning.

Now to talk about the fatal and non-fatal drowning burden in Australia.

You may die from drowning or you may survive, with or without persisting injury. Terms such as secondary, delayed or dry drowning are not appropriate, nor accurate. More info here.

Globally, it’s estimated that 236,000 people died from drowning in 2019. But we’ve already discussed the issues with the estimates. Did you know the global non-fatal drowning burden is very poorly understood? Interim guidance from the WHO aims to help this.

In Australia we are fortunate to have excellent data on fatal and non-fatal drowning to drive prevention thanks to the hard work of organisations such as the National Coronial Information System, @RoyalLifeSaving and @SLSAustralia.

On average, 273 people die from unintentional drowning each year in Australia. A further 534 are hospitalised due to non-fatal drowning.

You can find detailed analysis of the 2021 drowning statistics in the @royallifesaving National Drowning Report.

In addition to this, bystander rescuers save even more lives. Work done in Australia by @Dr_Rip_SOS and by @surfingmed colleagues in Europe show surfers play an important role in preventing drowning.

Next we’re going to take a location-based look at drowning and explore the leading location for drowning in Australia – our rivers, creeks and streams.

Did you know that rivers are the leading location for drowning in Australia?

@RoyalLifeSaving data shows on average, rivers claim the lives of 73 people per year, with 75 deaths in 2020/21. Wealth of information here.

Although a leading location, rivers have been neglected in drowning prevention efforts. My PhD with @Franklin_R_C and @leggat_peter tried to redress this. We found being male, alcohol consumption, rurality and flooding were key risk factors.

This work influenced @RoyalLifeSaving to undertake #RespectTheRiver – a national river drowning prevention program that continues to this day.

Some important river safety tips – wear a lifejacket, avoid alcohol around water, never swim alone, learn how to save a life with CPR and rescue skills.

To continue our discussion about inland drowning risk and look at the very topical issue of flooding given our predicted La Nina summer.

Flooding is a significant risk factor for fatal river drowning: water levels are higher, currents stronger, and conditions can change quickly including debris being washed downstream. Playing or swimming in floodwaters is dangerous and should be discouraged.

So too is driving into floodwaters. Research by colleagues @DrKyraHamilton and @jacobjkeech et al shows that drivers often feel pressure from other motorists or to get to their destination when they drive into floodwaters, increasing their drowning risk.

Beyond flooding, climate change also brings with it extremes in temperatures increasing drowning risk not only in summer, but also in the cooler seasons as this study out of Canada shows.

Looking forward, it’s vital that we continue the work on the intersections between climate, disaster, and drowning prevention in 2022.

Next we focus on drowning among older people. Did you know, according to @RoyalLifeSaving data, 69 people aged 65+ years drowned in Australia in 2020/21?

Drowning among older people has been described as a hidden epidemic with increasing drowning rates among 65+ year olds in Australia and Canada. With an aging population globally, this neglected age group is cause for concern.

The @royallifesaving #SwimReady campaign encourages people with medical conditions to consult their doctor before enjoying the health benefits of swimming. This includes being mindful of possible side effects any medications being taken can have when exercising.

In the coastal environment, @SLSAustralia #SilverSalties program provides physical activity and social connectedness for older Australians with the aim of reducing drowning

Despite an aging population and increasing drowning rates among this age group, little work has been done globally to reduce #drowning risk among this cohort.

Next we’re going to take a look at swimming pools – both home pools and public pools. According to @RoyalLifeSaving, 30 people died from unintentional drowning in swimming pools in Australia in 2020/21.

Portable pools also require active adult supervision and a barrier if deeper than 30cm in most states and territories.

Public pools and aquatic centres are also part of the drowning prevention picture. They provide safe places to learn to swim and to swim for fitness. The social and economic benefits of such facilities are huge and should be supported.

So seek out your local pool – it’s the safest place to swim this summer thanks to the lifeguards.

Top tips for keeping safe at the beach?

Now to wrap things up and look at progress to date in reducing drowning in Australia. We are fortunate enough to have a sector that aligns activities to the Australian Water Safety Strategy – which we’ve had in various iterations since 2004.

Myself and colleagues @JustinScarr and Alison Mahony explored progress in reducing drowning deaths against the goals of the Australian Water Safety Strategy in @anzjph.

We found fatal drowning rates decline by 28 percent with the biggest reductions in drowning among under fives (-63%) and 5-14 year olds (-56%). This is due to a range of measures including pool fencing legislation and enforcement, CPR and increased awareness of the need for supervision.

All locations declined – aside from rocks (+46%) highlighting the dangers of rock fishing and slips and falls.

We can all work together to reduce drowning over summer. The usual warnings apply, wear lifejackets, swim between the flags, supervise children.

Considering La Nina – avoiding entering floodwaters at all costs must absolutely be front of mind. I wish everyone a water safe summer. 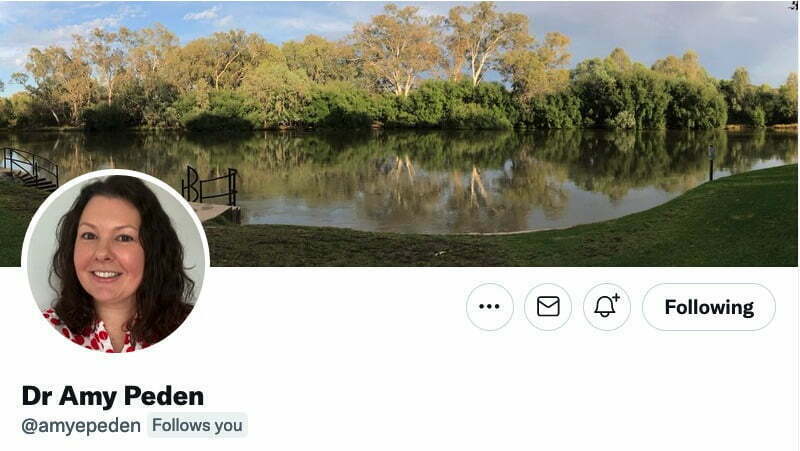 See the Croakey stories contributed by @WePublicHealth guest tweeters in 2021. 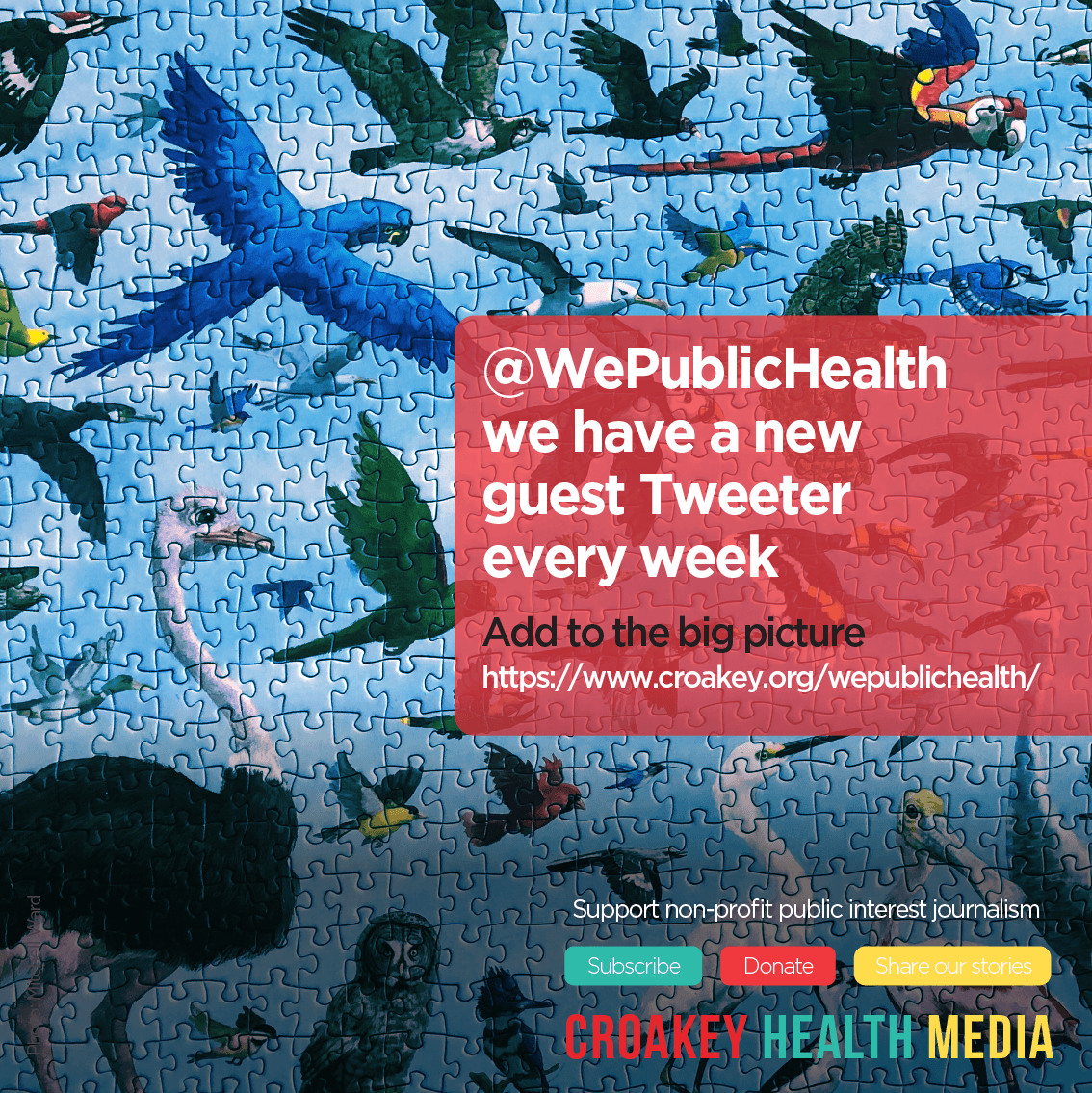