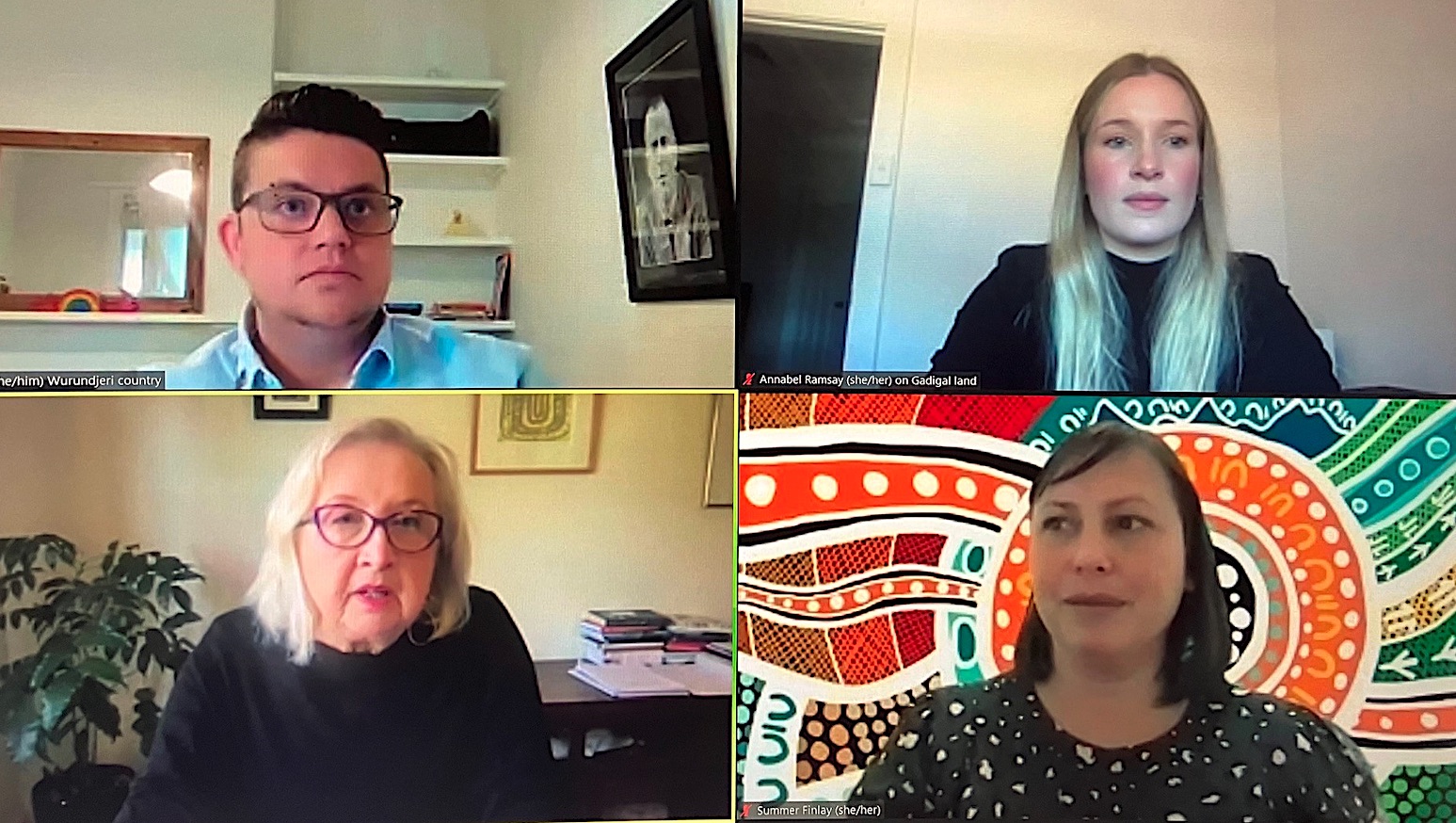 As previewed recently at Croakey, youth mental health organisation Orygen recently held a webinar examining how to progress a national plan on self-harm and suicide prevention for young people.

Income support, housing and many other areas of policy in addition to health policies are important for youth suicide prevention, according to participants in a recent webinar hosted by the Orygen Institute.

Suicide prevention policies need to recognise and respond to the link between policy decisions across government that can result in increased suicide risk, the webinar heard.

Lack of affordable housing, poverty, experiences of incarceration and detention, legislation that discriminates against trans people and the ongoing impacts of colonisation were all highlighted as key drivers of psychological distress and suicide in our communities, including among our younger communities.

As one of the panelists, Joe Ball, CEO of Switchboard, said: “One of the basic things we could do nationally to prevent suicide and address suicide prevention would be raising the rate in Centrelink”.

The focus on young people and suicide prevention couldn’t have been more timely.

Only days earlier the ABS had released results from the latest Australian Study of Mental Health and Wellbeing 2020-21, shining a spotlight on the worsening state of youth mental health in this country including a 50 percent increase since 2007 in the proportion of young people aged 16-24 experiencing a mental health condition in the past 12 months with almost one in two young women affected. The results also revealed much higher rates of self-harm among younger adults than the general population with one quarter of young women indicating they had self-harmed over their lifetime.

“What this tells us is the current approach isn’t working and what we need is a different approach … this [conversation] is really timely, I don’t think we can afford to sit back and not act,” said Robinson.

So, the panel were asked, what should a new youth plan include?

Young people at the centre

Throughout the conversation panelists agreed on the need to have young people at the table where suicide prevention policies and programs are designed and delivered, and that this process needed to be inclusive and engage specific groups of young people with unique needs and experience.

Dr Summer May Finlay specifically called out the need to include First Nations young people in any discussions and include specific policy directions that sought to address youth suicide among their communities.

“We know that when our mob are connected to culture and there is a cultural connection approach we will have better results,” she said.

This sentiment was echoed by Joe Ball who stated that a LGBTIQA+ focused suicide prevention plan was also needed – one which included a targeted set of actions for LGBTIQA+ young people.

Intervening as early as possible

Early intervention was also an important in the discussion on why a youth focused plan was needed.

Annabel Ramsay said: “There isn’t enough focus on early intervention and that is despite the evidence that is the best way to change the course.”

This included early intervention delivered to younger age cohorts under 12 years (often neglected) and through having direct and open conversations about suicide and suicide related behaviours, including in schools and in community, something that until recently had been avoided due to unfounded fears it would lead to suicidal ideation or thoughts.

Young people are confident and ready to talk about mental health and suicide-related issues and it was suggested that they needed to be further empowered to dismantle the stigma and have these conversations in a safe and helpful way.

Commissioner Hollonds reflected on recent consultations she had held with children and young people around the county to find out what would keep them safe and well, conversations which highlighted the importance of their families.

If the family unit is struggling, then it is likely the young person will be too. As Commissioner Hollonds said: “They worry about their parents…they worry their parents can’t get the help they need for their mental health or their drug and alcohol problems and kids are able to say that this then impacts their own mental health and wellbeing”.

She also heard young people say they turn to their families and friends first and not to services. As such, the Commissioner asked that a youth focused suicide prevention strategy recognise families and friends as key circles of support and include considerations of how they can be best supported.

The panel all reflected the need for suicide prevention policies that recognise and respond to the link between policy decisions across government that can result in increased suicide risk.

Panelists noted that prevention efforts will be undermined when policy in other areas tolerate, enable or facilitate discrimination, harm, financial stress, and housing insecurity.

As the conversation drew to a close, the panelists reflected on their own source of hope for the future. Their responses returned to the ideas, the passion, the strength and the commitment of young people who want to be involved, have a voice and provide us with direction that provides optimism and hope.

Orygen believes a youth focused suicide prevention plan with young people meaningfully and actively engaged in its design, development, delivery and evaluation is a much needed first step. You can read more here.

“This is a time that we do need to address things at a cross government level,” Robinson told the webinar.

If you are concerned about suicide, living with someone who is considering suicide or bereaved by suicide – the Suicide Call Back Service is available at 1300 659 467 or www.suicidecallbackservice.org.au.

PrevPreviousRising food prices are a sign we need to care for the land that feeds us
NextStepping up for breastfeeding: can we make statistics count?Next