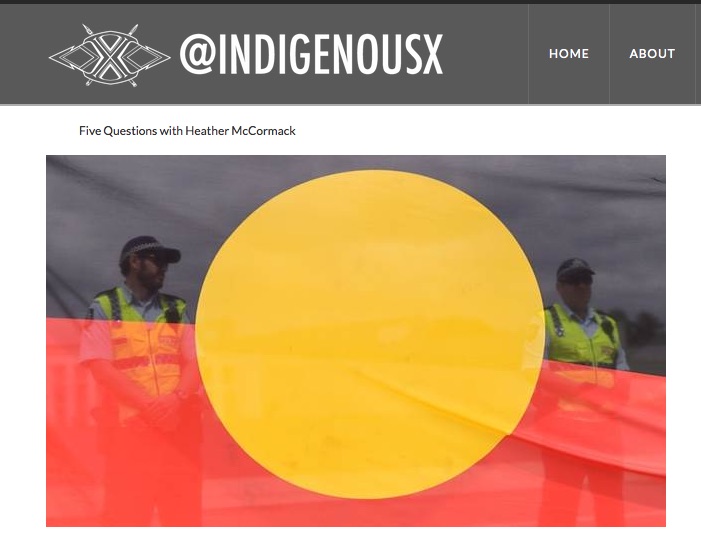 To tackle hepatitis C, we need to close the justice gap

Health Minister Sussan Ley’s announcement of PBS listing for new treatments for hepatitis C has been welcomed by Hepatitis NSW as “brilliant news”.

Given the high rates of hepatitis C among people in prisons, it is significant that the Government has agreed to fund these medicines for prisoners.

However, tackling hepatitis C will also require public health interventions such as the introduction of needle and syringe programs into correctional centres, and concerted efforts to reduce the over-representation of Aboriginal and Torres Strait Islander people in prisons, according to Heather McCormack from Hepatitis NSW.

However, over-incarceration also has significant impacts on a range of life indicators, including education, employment and health. The work we do at Hepatitis NSW emphasises a clear nexus between over-incarceration and Indigenous health: the devastating impact of hepatitis C on people who have spent time in prison.

Hepatitis C disproportionately affects Aboriginal and Torres Strait Islander people, who are over-represented both as people who inject drugs and people who have experienced incarceration.

The rates of hepatitis C diagnosis in Aboriginal and Torres Strait Islander communities are alarming.

The rate of new diagnoses of hepatitis C in the Aboriginal community is between two and ten times higher than in the non-Indigenous community, depending on your location (Resnick & Brener, 2010).

They’re also on the rise, while the non-Indigenous community experiences a downward trend. Aboriginal and Torres Strait Islander people make up 2.4% of Australia’s population, but we’re estimated to make up 8.3% of people in Australia who are living with hepatitis C (McNally & Latham, 2009).

Several studies have estimated hepatitis C prevalence for people in custody at between 34% and 47%. For women experiencing incarceration, it’s even higher: between 50% and 70%. This is many, many times higher than the rate of hepatitis C in the general community, which is estimated to be around 1%.

The over-representation of Aboriginal and Torres Strait Islander people in prison settings places members of our community at much higher risk of contracting hepatitis C in prison.

The prison environment is almost perfect for hepatitis C transmission: there is high prevalence of the virus in the incarcerated community and high rates of injecting drug use. Both of these factors are a product of laws that criminalise drug use.

Our current system fills prisons with people who inject drugs, but fails to provide either adequate harm reduction programs for people to use drugs safely or sufficient support for incarcerated people to reduce their drug use. The risks of contracting hepatitis C in a prison environment are so great that imprisonment is an independent risk factor for hepatitis C transmission.

The single most important factor in the prevalence and transmission rates of hepatitis C in Australian prisons is the absence of needle and syringe programs (NSP) in correctional centres.

Despite decades of advocacy for prison NSP by communities affected by hepatitis C and the organisations that support those communities, it has not been implemented anywhere in Australia.

The region to come closest (the Australian Capital Territory) has so far failed to deliver on its promises of prison NSP, primarily due to resistance from prison unions. This is despite evidence from overseas confirming prison NSPs to be safe and effective in reducing transmission of blood borne viruses in people in prison.

Introduction of prison NSP would be the most effective measure possible to prevent transmission of hepatitis C in prison environments.

However, reducing the transmission of hepatitis C among people experiencing incarceration – and in the Aboriginal and Torres Strait Islander populations who are over-represented among them – will take more than prison NSP. We also need to expand access to opiate substitution therapy (OST) in prison.

OST is known to have a measurable impact on hepatitis C transmission rates, but it is obviously most effective if people entering prison have immediate access to it.

While NSW has policies in place to support access to OST for people in custody, we are also aware of some people reporting being denied, or having delayed access to, OST. These delays and restrictions may not have been experienced if they were not in custody. In some other jurisdictions, there is limited OST access for prisoners – or it may even be completely absent.

Other vital measures to reduce transmission of hepatitis C in prison environments include better education about the virus and how it is transmitted, including upskilling peer educators among the incarcerated community.

We need to ensure that FINCOL (the hospital grade disinfectant that is provided to prisoners in NSW) is consistently and easily accessible for people in prison. We need to provide safe tattooing and piercing programs to discourage sharing of tattoo guns and piercing needles.

Widespread treatment of hepatitis C with new direct acting antiviral (DAA) therapies will be a game-changer for incidence and prevalence in prison environments. There are current trials of these new treatments in four NSW prisons as part of the SToP-C pilot.

However, even with a rapid scale-up of DAA treatment for people living with hepatitis C in prison environments, the lack of comprehensive harm reduction measures in prisons, including NSPs, to prevent reinfection will still present a challenge.

All of these steps are important to reducing the rates of hepatitis C in prison environments and hence reducing the impact that hepatitis C has on the health gap for Aboriginal and Torres Strait Islander people.

But it’s difficult to argue for the resources to implement them in a system that is arguably underfunded and continually at risk of further cuts.

It’s also, in a sense, applying band-aids after the cut has been made: the simple way to lower disproportionate rates of hepatitis C transmission in Aboriginal and Torres Strait Islander people affected by the criminal justice system is to reduce incarceration rates.

While the range of measures outlined above are key to reducing hepatitis C diagnoses in Aboriginal and Torres Strait Islander people, closing the health gap with regards to hepatitis C also requires closing the justice gap.

The image featured at the top of this article is from an interview with Heather McCormack when she guest tweeted for @IndigenousX earlier this year.