What do the tobacco and alcohol industries have in common, apart from both contributing to a huge slab of the burden of disease?

They have used similar tactics to defend their markets and to fight off public health measures, according to a new analysis from researchers at Curtin University in Perth.

The paper, Selling addictions: Similarities in approaches between Big Tobacco and Big Booze, is published in the Australasian Medical Journal and based upon a search of tobacco industry documents published online as part of the Master Settlement Agreement in the US.

The study identified 29 documents relevant to alcohol. The authors conclude: “The documents show that alcohol and tobacco companies have worked closely together, have shared information, share similar concerns and have used similar arguments to defend their products and prevent or delay restrictions being placed on their products.

“It is clear from the documents identified that both industries use similar strategies to market their products through product placement, target marketing to youth and specific ethnic groups. They develop and provide potentially counter-productive public education campaigns so as to appear socially responsible and in an effort to deflect tighter controls on products. The alcohol and tobacco industries have demonstrated through the documents that they are opposed to regulations which threaten their sales and have used similar methods of lobbying and use of front groups to delay progress.

“Further, it can be drawn from these documents that the alcohol industry is concerned about public health groups and governments implementing similar strategies for alcohol products that have been used to regulate and control tobacco.”

Perhaps it is time to extend the comparison, given the types of PR and marketing strategies that PepsiCo and other large food companies are using, as recently outlined in this Croakey post.

Meanwhile for researchers interested in documenting how Big Food is using social media to market products that contribute to poor health, here is an opportunity.

If you are in Chicago next month, you could attend this conference, how big brands use social media, and learn from the Manager of Global Communications at McDonald’s, Joe Curry, about how the company is “using social media to inspire employees and the public about their commitment to their people”.

You could also learn from the Digital and Social Marketing Lead at Kraft Foods, Beth Reilly, about “how social media is creating new opportunities and building a sense of community at Kraft Foods”.

The social media company behind the conference has held similar gigs recently where PepsiCo and Coca-Cola have presented on their social marketing strategies.

It looks like the whole area of Big Food marketing via social media is ripe for investigation.

Meanwhile, one of the authors of the Curtin paper, Professor Mike Daube, has sent in this photograph that he recently snapped. 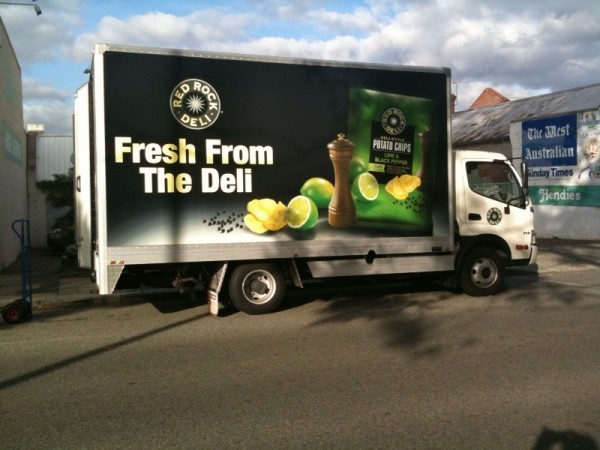 Croakey welcomes more examples of healthwashing by Big Food….Send them in please.

PrevPreviousCan we please have one of these (a health map)?
NextTGA releases details of investigations into flu jab and young childrenNext