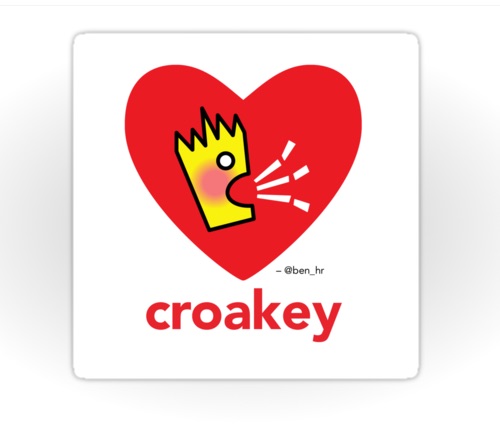 Top articles at Croakey in August, September and October

According to our latest readership analysis (more details here), below are the details of our most popular articles in August, September and October (not including the homepage).

These rankings are based on readership at Croakey.org and do not include readership via Apple News and Facebook.

1. Who is talking for us? The silencing of the Aboriginal woman’s voice about violence
By Marlene Longbottom, Yvette Roe and Bronwyn Fredericks

2. A call to acknowledge the harmful history of nursing for Aboriginal and Torres Strait Islander people
By Janine Mohamed

4. No glass ceiling in the bush: ACCRM president reflects on culture, connection and rural practice
By Ruth Stewart

7. In the brave new world of medical regulation, there are many questions to be answered
By Marie McInerney

In October, there were 4,534 total views of Croakey stories on Apple News (in addition to readers at the website), and the top story was:
Malcolm Turnbull, I hope you have your listening ears on
By Summer May Finlay

1. Bubup Wilam: will this model of Aboriginal empowerment really fall through the funding cracks?
By Summer May Finlay and Angie Zerella

2. To mark MarmotOz and the Boyer Lectures, Croakey launches an SDOH compilation – get your free copy here
By Melissa Sweet

3. Fantasyland or a Fair Go? Michael Marmot on QandA
By Amy Coopes

6. Why evidence is not enough
By Miriam Vandenberg and Richard Eccleston

8. Cripcroakey: Mediscare resonated because being sick can be so damn scary
By El Gibbs

9. ‘One thing leads to another’: lessons from Marmot
By Ben Harris-Roxas

In September, on AppleNews there were 5,203 total views (in addition to readers at the website), and the top article was:
Health professionals as vendors: the commercial erosion of evidence and ethics
By Wendy Lipworth, Christopher Mayes and Ian Kerridge

5. Kennett’s comments on Don Dale: a personal opinion or beyond conscionable?
By Ruth Armstrong

7. Wearable health technologies: better health for all or new ways to confuse, confound and exclude?
By Marie McInerney

8. The Olympics: faster, higher, stronger…unhealthier?
By Marie McInerney, with thanks to Melissa Stoneham

9. Sir Michael Marmot to deliver Boyer lectures – and other news on the social determinants of health
By Melissa Sweet

In August on Apple News, there were 7,934 total views (in addition to readers at the website), and the top story was:
The Olympics: faster, higher, stronger…unhealthier?
By Marie McInerney, with thanks to Melissa Stoneham

• Since our launch as a standalone platform in September 2015, we have had almost 362,000 page views. For more details, see the Croakey Readership page.