“Try a little kindness” and other collective resolutions for 2015

The resolutions that we make for a New Year, whether as a collective or individually, can be quite revealing.

The compilation below, of Croakey contributors’ resolutions for 2015, give a good sense of their priorities and concerns.

Q: What New Year’s resolution would you like to see Australia make (as a collective)?

That decisions are made more on kindness and another person’s happiness.
Dameyon Bonson, Indigenist – Advocate of Indigenous Genius, Indigeneity and Wellbeing

Find a bunch of thoughtful ethical politicians and vote for them.
Stephen Leeder, Emeritus Professor, University of Sydney

A return to our core values.  I think over the past five years Australia has become less tolerant of others. Less empathetic.
Luke van der Beeke, Managing Director, Marketing for Change

To recognise that reducing overseas aid goes against our values of a fair go for all.
Julie Leask, School of Public Health, University of Sydney

To use the reduction of health inequities as a major indicator of our success as a society and for progress towards it to be reported on the news, along with the ups and downs of shares.
Fran Baum, Flinders University

To make its voice heard, peacefully, against policies that it thinks are wrong.
Ginny Barbour, PLOS medicine editorial director

To reinvigorate Australia as a country that values social justice, diversity and compassion.
Health promotion practitioner who wishes to remain anonymous

To maintain an open pluralist society and not let fear defeat our values.
Mark Harris, University of NSW

To invest in the younger generations – both our children and refugees. Let’s make good Bob Hawke’s promise that no Australian child should live in poverty (or violence, or abuse of any sort).
Amanda Wilson, Newcastle University

As a nation, we once believed ‘a fair go’ was part of our way of life and part of what distinguished us on the world’s stage.  Let Australia resolve to embody the ‘fair go’ once again and show how this principle ensures novel, effective and sustainable public policy.
Jeanette Ward, public health consultant, Adjunct Professor, University of Ottawa

To fully recognise Aboriginal and Torres Strait Islander people as the First Nations people of this country. For this to happen in ways that matter to them, not settler Australians. For it to happen in local settings as well as at a national level. For there to be a big educational campaign based on the new knowledge emerging from historians about colonial settlement and the violence that often accompanied it. For Aboriginal and Torres Strait names to replace English names where the original names are known. For there to be local ceremonies to accompany each one, where the past is acknowledged openly and honestly, and where there is the opportunity for Indigenous people and settler people to share sorrow for past wrongs, joy for past positive connections, and hope for the future.
Lea McInerney, writer, facilitator, strategic planner

To listen to our young people.
Marie Bismark, University of Melbourne

Australia needs to have a Damascene conversion on Climate change. It would have particular strength coming from a government known to be in denial on the climate, and may bring other countries with us. There is a very real economic case – “We will take urgent action on climate change to protect Australia’s economy into the future, and will be urging all other countries to do the same.” At the moment, our world leaders are lagging far behind the wishes of the people. A little bit of democracy would be nice to try at this point!
Tim Senior, GP, Wonky Health columnist

A commitment to the humane and lawful treatment of asylum seekers.
Ross Green, health communicator, Melbourne

To make a collective commitment to start viewing asylum seekers as assets rather than criminals.
To add a new ice bucket challenge that works as a challenge to speak out against any racist or discriminatory comment made over a beer – chuck the ice in your drink over the offender’s head with a smile.
Margaret Faux, a lawyer, the founder and managing director of one of the largest medical billing companies in Australia and a registered nurse. She is a research scholar at the University of Technology Sydney

It’s time for our politicians’ decisions on healthcare to reflect the real needs of Australians across all social demographics. Real, universal healthcare is a resolution I’d like to see Australians embrace.
Tom Symondson, Acting Chief Executive of the Victorian Healthcare Association

(For Australia to) really to look at what it is doing, rather than what symbolic gestures it is making.
Gawaine Powell-Davies, University of NSW

For public transport to become the new gold standard of travel.
Jonathan Kingsley, University of Melbourne

Q: What is your own New Year’s resolution, whether personal or professional?

The title of Naomi Klein’s new book and the last line of one of Rilke’s poem have been playing over in my mind throughout December.
–        “This changes everything” and “You must change your life.”
Lea McInerney

To listen to our young people.
Marie Bismark

Professional: To join/create a network of professionals interested in health communication across Australia.
Personal: To make the most of every Tuesday – ‘Dad day’ – with my two gorgeous girls.
Ross Green

To walk the overland track in Tasmania.
Kristine Olaris

To seize the opportunity to articulate and share the importance of access to health care services.
Michelle Hughes

Be more discriminating about where I invest my energies.
Stephen Leeder

To not let the perfect be the enemy of the good.
Julie Leask

Continue to advocate for the voices of the Aboriginal and Torres Strait Islander community to not only be heard but to have them heard at the table.
Dameyon Bonson

I finished the year presenting on the health effects of coal mining at the Watermark Planning Assessment Committee in Gunnedah, and I hope to take more action in 2015 on protecting our climate.
Tim Senior

To step aside a little and look at things afresh.
Gawaine Powell-Davies

To find a way to contribute positively to those who work tirelessly to combat violent extremism, to those who make life better for asylum seekers and anyone interested in making Scott Morrison voodoo dolls.
Margaret Faux

To be happy and useful.
Fran Baum

To visit all the Australian states and territories I haven’t been to  yet.
Ginny Barbour

To contribute to the growth of the Oceania EcoHealth Chapter, especially around the representation of culturally diverse communities in the region.
Jonathan Kingsley

To see the inside of the gym that I am already a member of.
Tom Symondson

As Alastair Gray says, work as if you are in the early days of a better nation.
Jeanette Ward

I don’t do New Year’s resolutions; one resolves when one has to!
Peter Tait

Try to ease back from work that takes me well out of my depth!
Eliza Metcalfe 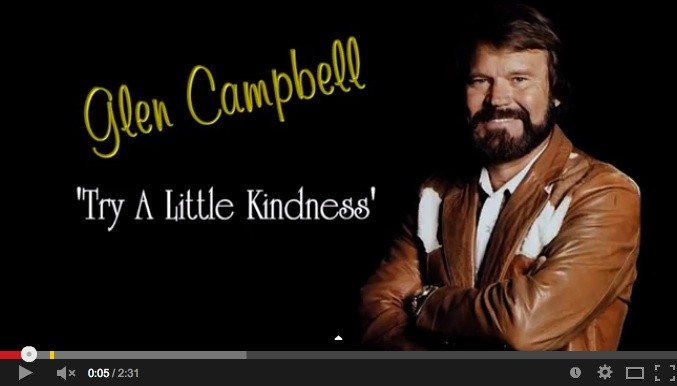 PrevPreviousFor those with a concern for public health, what were the highs and lows of 2014?
NextNew year, same approach: implications of the Fed Govt’s confidence trick on MedicareNext