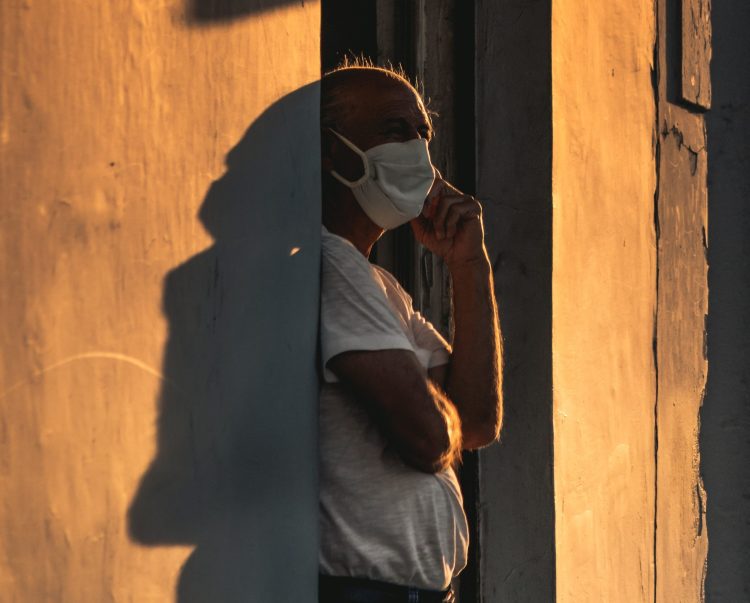 "Instead of stepping up for TB, we are at risk of slipping back due to COVID-19." Photo by Eduardo Soares on Unsplash.

Tuberculosis initiative set back by COVID

A global push to reduce rates of tuberculosis infection is at risk of being derailed amidst the COVID-19 pandemic, Médecins Sans Frontières/Doctors Without Borders (MSF) has warned.

Findings from an international survey – released last month – showed that many people in high TB-burden nations were missing out on critical new tests and medications.

In the article below, we highlight some of the survey’s key findings.

A survey of 37 high TB-burden countries – representing 77 percent of the global estimated TB incident cases – has found that too few countries were implementing policies to ensure access to vital medical innovations to tackle the infection.

Despite being curable, TB remains one of the world’s deadliest infections; in 2019, it was responsible for more than 1.4 million deaths.

“Instead of stepping up for TB, we are at risk of slipping back due to COVID-19,” Sharonann Lynch, Senior TB Policy Advisor for MSF’s Access Campaign, said in a statement.

“We cannot stress enough how urgent it is now for governments and donors to intensify their efforts so that critical medical innovations and tools reach people with TB.

“We finally have better drugs and tests to tackle and prevent this extremely infectious yet curable disease, so it’s both mind-boggling and unacceptable that they’re still not being used to save as many lives as possible.”

Lynch was commenting after the release of the fourth annual Step Up for TB report, compiled by MSF and the Stop TB Partnership. 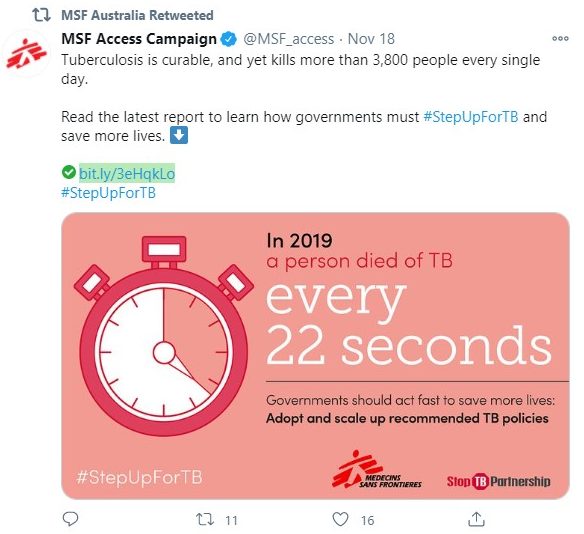 In 2018, 193 governments committed to ramping up the fight against TB at the first UN High-Level Meeting on TB (UNHLM). Meeting participants agreed to roll out new innovations to diagnose and treat 40 million people with TB disease and 30 million people with latent TB infection by 2022.

Now, at the halfway point of this initiative, the latest Step Up for TB report shows that many high-burden countries are not on track to meet these goals.

“Countries only have two years left to deliver on the targets set at the UNHLM. This is still achievable if policies are rapidly updated and implemented at scale,” the report concluded.

“There is hope in the fight against TB. To deliver change, countries must now step up and ensure full policy alignment with WHO guidelines by the next World TB Day, 24 March 2021.”

The report focuses on countries’ policies and practices in four key areas: diagnosis, treatment (including models of care), prevention, and medicines procurement policies.

The report found that countries were lagging in rolling out up-to-date testing policies that could assist in reaching the almost three million people still going undiagnosed.

It noted that rapid molecular diagnostics (RMDs) had been available for a decade and could help to transform the TB response.

And while more than three-quarters of countries’ policies now indicated RMDs as the initial test for all people with symptoms of TB, one-third of these countries limited the use of this diagnostic technology.

Also, 85 percent of countries surveyed did not use the point-of-care urine-based TB lipoarabinomannan (TB LAM) testing or routine diagnosis of TB in people living with HIV, as recommended by WHO.

TB LAM is a urine-based, rapid point-of-care test, offers a simple way to save lives by rapidly detecting TB in people living with HIV.

In terms of treatment, more than three in four surveyed countries had revised national policies to include newer, safer, and more effective treatments for TB.  Almost all countries now included longer all-oral regimens in their guidelines, and more than half were implementing a modified shorter all-oral drug-resistant-TB regimen.

However, “alarmingly”, the report said, almost half of countries reported continued use of the most toxic injectable medicines.

Also, the report noted, only 22% of countries surveyed allowed TB treatment to be started and followed up at a primary healthcare facility – instead of travelling to a hospital, for instance – and for medicines to be taken at home.

The report said there was “no time to waste” in tackling TB, pointing to WHO data showing that in 2019 a person died of TB every 22 seconds.

Ending the TB epidemic by 2030 is also among the health targets of the United Nations Sustainable Development Goals.

“The products of innovation take far too many years to reach the people who need them, minimising their impact and undermining the delivery of global commitments to reduce unnecessary sickness, deaths and spread of TB,” the report stated.

“Fundamentally, governments are responsible for updating national policies, and they must now step up for TB … the clock is ticking.”

PrevPreviousNew tool for improving remote communities’ access to healthcare in Western Australia
NextWhat is the fate of the MBS Review Task Force and its work?Next