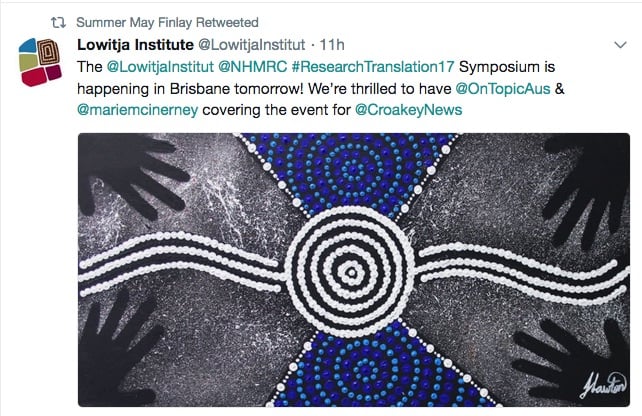 Tune in to some “courageous conversations” on Indigenous health research

Breaking down research and policy silos and challenging the impact of institutional racism and colonisation on Indigenous health research, policy and practice will be at the heart of “courageous conversations” at a major symposium in Brisbane over the next two days.

The 6th National Health and Medical Research Council (NHMRC) symposium on research translation will focus on Aboriginal and Torres Strait Islander health and bring together leading national and international Indigenous researchers to “join the dots” between research, policy and practice.

The two-day symposium is being co-hosted by NHMRC with the Lowitja Institute, the national Aboriginal and Torres Strait Islander health research institute.

Dr Tamara Mackean, a Senior Research Fellow in Indigenous Health at Flinders University and the George Institute for Global Health, said the NHMRC had “embraced” the partnership. Lowitja and the Indigenous-led scientific committee, which she co-chaired with Associate Professor Yvette Roe from the University of Queensland, had developed a “strong global Indigenous presence” in the program.

“So we’ve got the right kind of space, the right kind of coming together of different perspectives and disciplines to really grapple with what are at times quite complex problems but also the barriers to actually getting some of the research findings into policy, into practice and into systems,” she said.

Mackean said silos existed in non-Indigenous health research too but there were fundamental differences for Indigenous researchers in terms of “health and wellbeing as lived and understood by Aboriginal and Torres Strait Islander people and from the systems and practitioner perspective”.

Keynote speakers at the event today (Tuesday) will include Professor Ian Anderson, Deputy Secretary for Indigenous Affairs in the Department of Prime Minister and Cabinet, and Donna Ah Chee and John Paterson from the Central Australian Academic Health Science Centre.

On Wednesday, Dr Carrie Bourassa, a Meti researcher from Canada who was recently appointed as the Scientific Director of the Canadian Institute of Aboriginal Peoples’ Health, will speak on systemic racism and its impact on health, canvassing unethical research and the historical legacy of colonisation.

Her fellow international keynote Sir Mason Durie, one of Aotearoa New Zealand’s most highly respected academics, will speak about the potential for great innovation at the interface of different knowledge systems.

She expects it to be one of the standout discussions at the symposium.

“What is courageous is not just about Aboriginal and Torres Strait Islander people standing up and saying we want to have a conversation about what colonisation means within contemporary settings in terms of what we are all trying to do to improve health and wellbeing,” she said.

“It also allows for non Aboriginal and Torres Strait Islander people to really understand what is their place in this research space. And that starts to open up even more challenging ideas: issues of racism and whiteness and privilege.

“These are very difficult things. When you talk about them people automatically shut down, because they are foreign, they feel frightening, they feel bigger than Ben Hur.”

The symposium comes soon after the release of the NHMRC’s Draft Road Map 3 to provide NHMRC’s strategic direction for Aboriginal and Torres Strait Islander health and medical research over the next ten years.

It includes a commitment to continue directing five per cent of its annual budget to Indigenous research and notes that community consultations viewed public health issues rather than medical advances “as particularly important”, it says.

The draft, which is open for comment until December 10, acknowledges the role of institutional racism “as a factor that impacts on health service delivery” and of the “ongoing importance of research into the social and cultural determinants of health as well as health system, service delivery and translational research”.

But the research event is also being staged as Australia has hit a roadblock on the path to self-determination, with the Turnbull Government’s rejection of a key element of the Uluru Statement from the Heart for a nationally recognised body to give Aboriginal and Torres Strait Islander people a Voice to Parliament.

One of the architects of the Statement, senior Indigenous health advocate Pat Anderson AO, is the chair of the Lowitja Institute, which last year hosted an international conference of Indigenous researchers in Australia.

The conference released a closing statement declaring that: “The right to self‐determination underpins the right to health.”

It called for Indigenous thinking, intellect, and wisdom to be valued and for the research process to be decolonised.

Mackean said Indigenous knowledge systems, embedded in enduring relationships with the natural environment, had “spawned amazing understandings, not just about health and wellbeing, but science, meteorology, conservation and land management”.

On the Uluru Statement and Indigenous health

Q & A with Professor Fiona Stanley

Q: What are the health implications of the Voice proposal?

There are three major implications:

Q: What are the implications of the Voice proposal for research translation?

Having a First Nations voice should include empowering First Nations researchers, policy makers and service providers to conduct their own research, analyse and interpret their own data and translate it into improved outcomes.

The recent Indigenous Data Sovereignty symposium at the University of Melbourne (Croakey ed: see this report from that symposium) presented evidence that when this happens, the outcomes are spectacularly better!

Most Indigenous health research conducted by First Nations researchers is very applied and usually answers the questions about what works and what doesn’t and what are the characteristics of Indigenous services that work. Such research is immediately translatable. Such research is done with passion and cultural integrity and means that not only will services be used, they will build pride and combat racism.

Q: Could you give any examples to illustrate the issues raised above?

Yes, there are a lot from both overseas and in Australia.

With First Nations control of health services in close partnership with Canada Health, there was a dramatic turnaround in all these outcomes.

Q: Are there any other comments you would like to make about the Voice proposal and the Uluru Statement?

Yes. Not only have we wasted millions of dollars on ineffective health and other services which fail to understand causal pathways, but these failed services have actually caused considerable harm (not just wasteful and useless which is bad enough).

Failure is usually attributed (insinuated) to First Nations people themselves rather than the inappropriate and inadequate services provided. This contributes further to the low self-esteem and mental health problems, as well as ensuring pathways to non-participation and incarceration. Giving First Nations a voice is urgent and important for all these and many other reasons. It is the most humane and cost effective solution to closing the gap but will take a huge change in the culture of federal, state and local government bureaucracies. Bring back ATSIC I say! 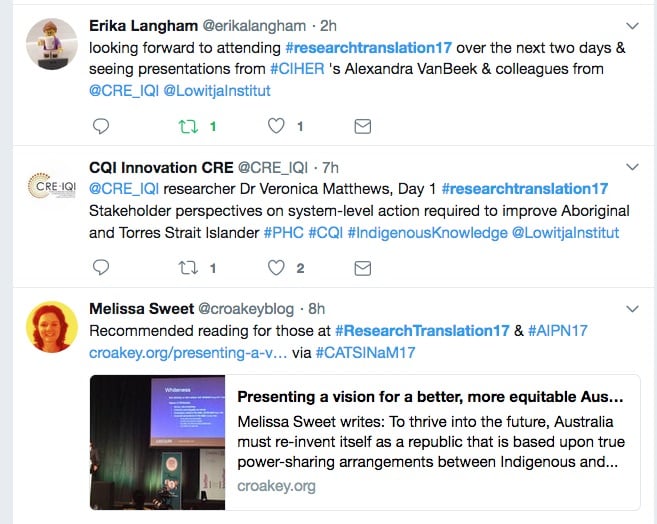 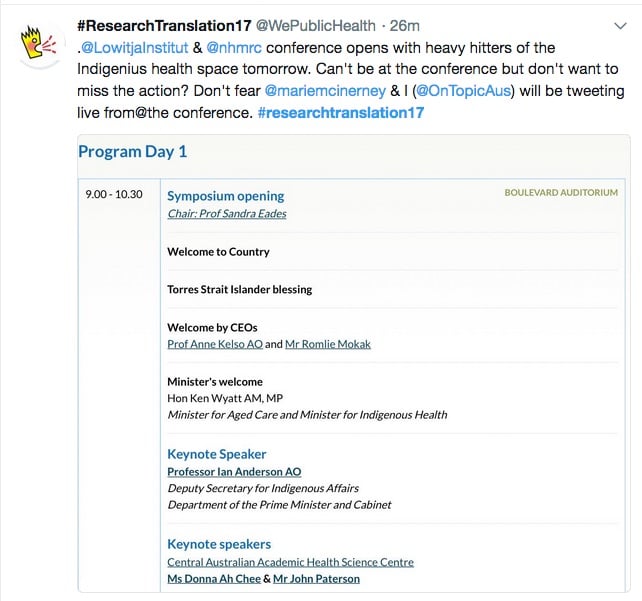 PrevPreviousLaying down a challenge to nursing: are you ready for the future?
NextThe Marulu Strategy – A story of dedication, passion and commitment: JournalWatchNext