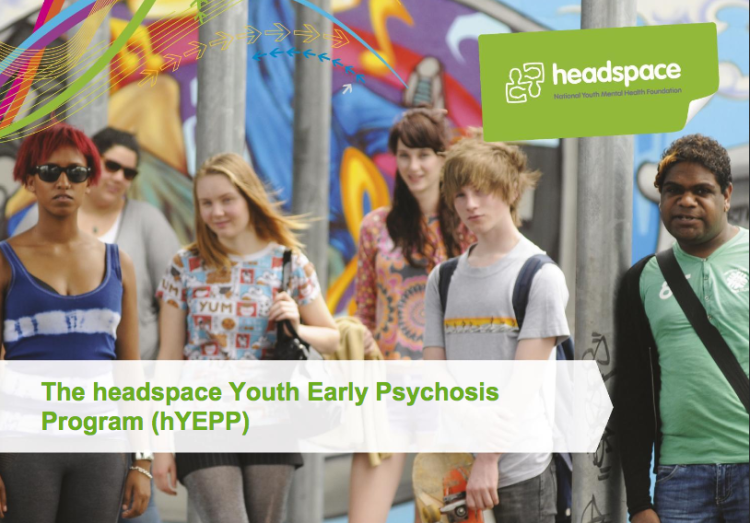 At the National Press Club this Thursday, psychiatrist and former Australian of the Year Professor Patrick McGorry will talk about a lack of focus and direction for mental health policy in the federal election campaign.

He is expected to raise concerns about the Federal Government’s closure of specific services for young people with psychosis – the hYEPP or headspace Youth Early Psychosis Program.

In the article below, Professor Alan Rosen, a senior psychiatrist and academic, calls on the Turnbull Government to halt the closure of these services, which he warns amounts to an abandonment of seriously ill young people and their families, and “is a national tragedy in the making”.

(Note from Croakey: Health Minister Sussan Ley will be invited to respond to this article.)

Imagine that your teenage daughter, a usually diligent student whose school performance has deteriorated lately, develops an overwhelming and life-disrupting psychosis. She starts to have suicidal thoughts in response to hearing voices telling her that her family are imposters who wish to do her evil.

Imagine, though, that your daughter and your family are able to access a new service specifically dedicated to helping young people with psychosis.

In fact, it provides all of the services needed to successfully treat a debilitating and life threatening illness.

Nearly every state and territory (except ACT and Tasmania) has a hYEPP service. As a result, your daughter has been able to access such a service, providing age-appropriate care and continuity of care.

But what if this service was suddenly taken away by the Federal Government, so soon after she had gained confidence in its effectiveness, dashing her hopes and yours for recovery?

And, to make things worse, what if the Federal Government issued instructions to the Commonwealth Department of Health to order the hYEPP teams to accelerate their closures by referring your daughter back to local state-funded public services?  These services, where they exist, are largely depleted and over-committed; they are no substitute for the hYEPP team.

Tragically, this situation is exactly what is happening right now for hundreds of young people and families right across Australia. In the longer-term, the abandonment of this key mental health reform will means tens of thousands of young people not receiving the services they desperately need over the coming decade.

The hYEPP teams, now being closed down, were established over the past 18 months, based on Australian innovation strongly endorsed by the National Mental Health Commission.

These programs are now being replicated on a worldwide basis with strong scientific evidence of their cost effectiveness. The model is currently being rolled out in 29 US states after a major US trial proved it produces superior outcomes.

The life-saving hYEPPs are rapidly unravelling in the face of their defunding. The staff are, or soon will be, leaving them in anticipation of their collapse, in search of stable jobs. Dismantling will occur far in advance of the stages of defunding.

We saw what happens to young people when this sort of ill-thought out system change is implemented in the case of the closure of the Barrett Adolescent Unit in Queensland, after which several patients died. A  Commission of Inquiry is due to report its findings later this month.

A national network of hYEPPs providing young people struggling to recover from psychosis with early detection, prevention and intervention services was developed in most states and territories by the last Labor Government and the current Coalition Government during a long period of strong bipartisan support.

These teams were a centre-piece of the Coalition’s bold mental health policy in the election of 2010. Just before the 2013 election, the previous Coalition leader Tony Abbott publicly re-stated support for this well-established policy, which then had bipartisan support.

However, the Coalition government and Health Minister Sussan Ley are now presiding over the rapid dismantling of the national network of hYEPP services.

The funding is being diverted under the guise of sharing existing resources more widely and equitably, which really means sprinkling them like confetti across the community, with no regard to implementing interventions based on scientific evidence.

All this will achieve is regions receiving a trivial level of resources, which will place them in the ‘lose-lose’ position of not being able to implement evidence-based mental heath reform of this or any other kind.

There is a sorry litany of evidence about what happens when a team or service with a specific purpose and coherent mode of action based on scientific evidence has its resources taken over and then sprinkled superficially among generic (having to do a bit of everything) mental health teams. The result is invariably the almost complete loss of access to services providing that special function, often in the most needy areas.

Does the left hand know what the right hand is doing?

It is hard to imagine that Treasurer Morrison would be supportive of this de-funding since he clearly understands the value of maximising vocational recovery for young people with mental illnesses. As Social Services Minister, he expanded the reach of vocational recovery in youth mental health in the 2015 budget.

My senior colleagues and I have been distressed by the headlong rush to implement Health Minister Sussan Ley’s mental health plans in such a short time-frame, with no sufficient thought, nor continuing consultation, nor evidence to support them.

This is being done in accordance with what appears to be a regressive response to the National Mental Health Commission’s thoughtful report, which was commissioned by the Government on the basis that there would be no more Federal resources available for mental health despite the fact that mental health services are still vastly underfunded in Australia.

The real situation on the ground is that mental health services:

Right now, the States’ mental health services are moving rapidly away from any role in community-based ongoing mental health care to focus only on acute care.

This is driven by the lack of will among State and Federal governments to resolve their respective responsibilities that they have for quality mental health care.

The States’ response to Federal Health Minister Ley’s mental health is to retreat to hospital-based acute services, with only generic superficial short-term community follow-up, with the assumption that it will be the responsibility of the Primary Health Networks and National Disability Insurance Agency to pick up the slack.

In reality, many in need of continuity of care in the community will be allowed to fall through the cracks, leading to even more access blockage of emergency departments and acute inpatient units.

Such defunding and subsequent sprinkling provides no real challenge to the jurisdictions to share the responsibility for this needy group.

Whatever the states contractually promise under duress, in reality they will just absorb the most needy young service users into nonspecific generic already over-stretched services which, the evidence clearly shows will cause much worse outcomes in terms of mortality rates and quality-of-life functioning.

The Commonwealth is keen to challenge the states to “pull their weight”. This will not be achieved by surrounding them with even more large black holes or service-gap voids.

We need new powerful examples, as we had in the 1st National Mental Health Strategy 1992-7, of how the Commonwealth can provide monetary signals and incentives to the states and territories that they would find hard to ignore, to prompt matching contributions in terms of evidence-based clinical services.

I have recently co-edited and written with my colleagues a textbook in the UK reviewing in depth the emerging evidence base for early intervention in all mental health disorders and age groups.

I have also co-authored a chapter on the same issues for a prominent US based transatlantic international textbook, [Rosen A et al, chapter 99 in Tasman A et al, Psychiatry, 4th Edition, Wiley 2016].

These publications summarise the emerging evidence base for taking an early intervention approach to a much wider range of psychiatric disorders in all age-groups, including young people;

They also summarise the established and compelling evidence for retaining and further developing coherent highly skilled teams for early intervention for young people with psychosis or at ultra-high risk of it. They need to meet the fidelity criteria of the Australian or International guidelines to be effective. They are supported by increasing evidence of much better longer-term outcomes and health economics cost-effectiveness.

We conclude that there is a promising evidence base now growing for early intervention in nearly every psychiatric disorder and in every age group.

However, the evidence undoubtedly is still strongest for discrete early intervention with psychosis teams for young people, in terms of both positive short and long-term outcomes, and international health economic cost-effectiveness studies.

The Federal Shadow Minister for Mental Health Senator Katy Gallagher has already announced that a Labor Government will reverse this disastrous policy immediately if elected. The Greens have also thrown their support behind continuing the hYEPP initiative.

The Turnbull Government should urgently revise its policy and commit to continuing to fund all the hYEPP teams until these pilots can reach maturity and be properly evaluated. They are likely to replicate positive outcomes, as international evidence predicts.

Then, in another few years, wider dissemination should occur as resources allow, with the Commonwealth incentivising the states and territories with strong financial signals to partner with them.

They should also stop the orders given under their instructions by the Department of Health to refer, decant and abandon all existing hYEPP team service-users to already depleted local public mental health services.

This needs to be urgently announced to give hope to staff to hang on in the short term, or there will be a haphazard exodus of staff and the collapse of key functions, bringing chaos for young people and their families.

This commitment should also be couched and contextualised in an overall political platform, which changes the trajectory of mental health services to those that are clearly:

There are newly discernable signs, perhaps under pressure of a close election campaign, that the Coalition Government is beginning to back-track a bit, perhaps just for the time-being, on the rapid forced pace of this dismantling, though not on the policy itself.

Whether the rug is pulled suddenly or agonisingly slowly from beneath their feet, this abandonment of seriously ill young people and their families is a national tragedy in the making.

• The feature image is taken from a conference presentation about the evaluation of the hYEPP services.

• For help or information, call Lifeline on 131 114, or visit beyondblue.org.au.