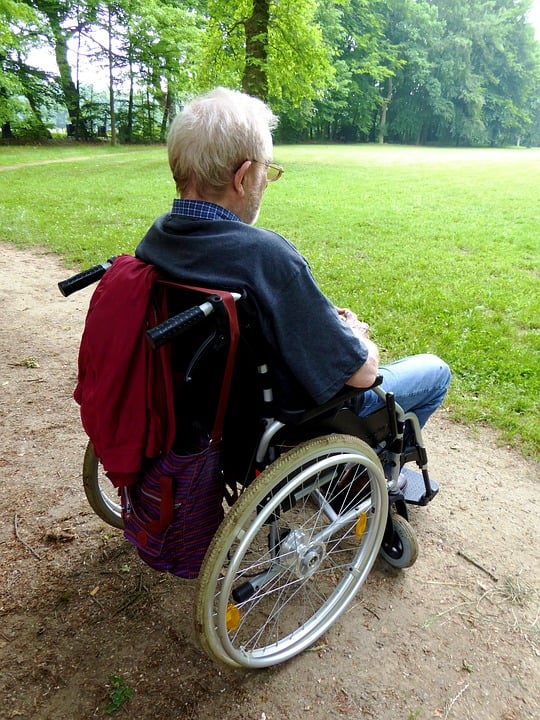 Turning away from evidence and data in aged care

It’s hard to object when a government announces a new inquiry or review.  In principle, these processes should allow a broad range of stakeholders to have input into the development of policies, standards and programs while increasing the transparency and accountability of government decision making.

However, in practice these ‘consultation’ processes are often used to simply reinforce the influence that a small number of stakeholder groups have on health and social policy, while ignoring the views of less powerful groups, such as individual consumers and health care workers.

Dr Sarah Russell, the Director of Aged Care Matters, outlines the number of inquiries and reviews into aged care, instigated by both major parties over the past 14 years, which have lead to a raft of recommendations that neither party has implemented.

She highlights the dangers of basing policies on consultation processes dominated by the views and interests of powerful stakeholders, rather than on objective and scientific evidence and resident, relative and staff experience.

Echoing the call this week from Professor Stephen Duckett for greater transparency of hospital safety data, Dr Russell also highlights the lack of transparency around the data on quality indicators in aged care, which is collected by the Quality Agency and the Health Department, but not available to consumers and families to inform their choice about an aged care home.

Ms Collins called on Mr Wyatt to act on the recommendations from the recent aged care inquiries and reviews rather than “simply leaving them to gather dust”. Ms Collins referred specifically to The Aged Care Legislated Review and the Review Of National Aged Care Quality Regulatory Processes. She failed to mention the large number of recommendations from inquires and reviews over the past decade that have been ignored by both ALP and LNP (Tables 1 and 2).

Table 1: Inquiries into aged care since 2005

Perhaps the most significant ‘un-actioned’ recommendation is Recommendation 14 in the 2005 Senate Inquiry into aged care: Quality and equity in aged care. This recommendation asked that “that the Commonwealth, in consultation with industry stakeholders and consumers, review the Accreditation Standards to define in more precise terms each of the Expected Outcomes”.

Over a decade later, the Accreditation Standards and Outcomes remain imprecise with vague statements such as “adequate” nourishment and hydration, “and adequate numbers of appropriately skilled and trained staff”. Without clear measurable outcomes, many aged care homes pass accreditation despite delivering appalling standards of care. Oakden Older Persons Mental Health Service, for example, passed three accreditations during the past nine years, despite relatives’ ongoing allegations of poor standards of care. Oakden received a perfect score (i.e. passing 44/44 standards) at all three accreditations.

Another dispiriting aspect of all these reviews and inquiries is the number of submissions by residents, relatives and staff whose experiences ‘on the ground’ are seemingly ignored. The final report of the Aged Care Legislated Review did not include evidence about standards of care. Although residents, relatives and staff discussed declining standards of care during the consultations, ‘quality and safety’ were outside the scope of the review. However, to state: “there is no evidence to suggest that there has been a decline in the quality of care since the Living Longer Living Better reforms” (Page 187) is misleading.

The report of the Review of National Aged Care Quality Regulatory Processes also failed to adequately represent consumer submissions. The review received 12 submissions from residents of an aged care home, 63 from family and /or carers and 159 from aged care staff. These submissions indicated strong support for mandatory staff ratios in aged care homes and for registered nurse to be on duty at all times. However, changes to staffing requirements in aged care homes were not included in the reviews’ recommendations.

Rather than respond to these recommendations, the government established yet another departmental review – this time an Aged Care Workforce Strategy Taskforce. The taskforce will once again rely on “wide engagement and consultation” rather than research evidence.

Several researchers, including those at the Australian Association of Gerontology, encouraged the Chair to undertake a literature review. A robust analysis of the national and international evidence on the aged care workforce would have enabled the Workforce Taskforce to better evaluate the merits of key stakeholders’ opinions. Instead, the department opted for further consultation and engagement.

Although StewartBrown, the Quality Agency and the Health Department collect data on quality indicators such as pressure sores, medication errors, weight loss, falls, infection rates admissions to hospitals, staffing levels and training, these data are not publicly available. The Quality Agency does not even publish their reports from unannounced visits to aged care homes.

Access to reports from unannounced visits would enable consumers to make informed choices when selecting an aged care home. However, Members of Aged Care Sector Committee claim “these reports were more technical and, without explanation, may not provide useful information for consumers or their families” (minutes of the May 2017 obtained by FOI).  This remark not only patronises those of us who seek this information but also limits critical independent research.

Show me the data

When Julie Collins and Ken Wyatt hear claims from providers, unions and aged care advocates, they should both be asking: “Show me the data to support your claims?”

Take for example, the recent claim made by Sean Rooney, CEO Leading Age Services Australia. He claimed debate around staffing in aged care facilities would be better served by focusing on the quality of outcomes for older Australians rather than mandated staffing ratios. To support his claim, Mr Rooney pointed to the Australian Government’s 2011 Productivity Commission Report that expressed the opinion that mandating staff ratios is a ‘blunt’ instrument for ensuring quality care because of the heterogeneous and ever-changing care needs of residents. To counter Mr Rooney’s claim, 150 staffing studies undertaken in United States, Canada, United Kingdom, Germany, Norway and Sweden show the ratio of registered nurses-to-residents has a positive impact on the standards of care in an aged care home.

Over the past decade, government inquiries and reviews have consulted widely on workforce, accreditation, complaints scheme and elder abuse. These consultations have led to recommendations that have mostly gathered dust. To ensure an evidence-based approach to aged care policy and practice, we need research evidence rather than more inquiries, reviews, taskforces and think tanks that privilege stakeholder opinions.

PrevPreviousHush Foundation’s Gathering of Kindness 2017 and beyond
NextHealthWrap – out-of-pocket costs, safety and quality, Medicare at 34 and a new authorNext