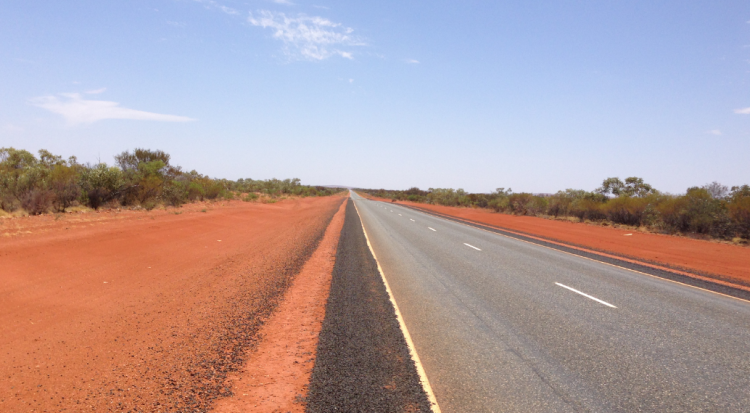 Tyranny of distance: what telehealth restrictions risk for rural, regional and remote Australia

Recently Health Minister Greg Hunt announced that telehealth would be extended but that, eligibility would be wound back to provide access in most cases only when providers “have an existing and continuous relationship with a patient”  – that is, where a patient has seen the same practitioner or a doctor at the same practice for a face-to-face service in the last 12 months.

Croakey has published two stories over recent weeks raising concerns about the impact on a range of consumers, including Aboriginal and Torres Strait Islander people, people with disability and those seeking sexual and reproductive health services  – you can read them here and here.

In the article below Mark Diamond, former CEO of the National Rural Health Alliance and now a consultant, adds his concerns for people in rural, regional and remote Australia, where lesser access to health care already impacts heavily on health outcomes.

For many people in remote and very remote Australia, the decision to extend MBS telehealth rebates to GPs until the end of September will have little or no impact.

It is more than a little ironic that the very people who stand to gain the most from this technological ‘genie’ will not benefit at all.

People living in outer regional, remote and very remote Australia account for around just under 10 per cent (2.5 million people) of Australia’s population.

Yet in health outcome terms, these people are more exposed to health risks, seek help later and experience poorer health outcomes than the rest of the population. In fact, in terms of where you could most effectively invest the health dollar per capita there is no doubt that it is with the people in the most geographically isolated areas of our continent.

Around 20 percent of the deficit in health outcome experienced by people in rural areas is related to issues of access to health care – timely, appropriate and affordable healthcare.

Part of the reason for this is the maldistribution of the workforce. All allied health professions, medical specialists and to a lesser extent GPs are all under-represented in remote and very remote Australia.

It has one-third the number of occupational therapists; one-fifth the number of optometrists; one-quarter the number of dieticians. Telehealth has the potential to enable access to occur and improve health outcomes for one of the most vulnerable segments of our population.

And so, it is unfortunate that again the political lobbying has returned an outcome that will not provide health benefits to those most in need.

People in rural and remote Australia have long known what a boon it would be to have online access to health practitioners.

The tyranny of distance pervades every consideration of demand and supply. Doesn’t matter what you’re thinking of – food, water, shelter, consumables, social support, aged care, health care…..all of these things are so much harder to make available locally.

The technological advances that have occurred (and will continue to grow) have direct application in bridging this gap. For healthcare in particular, this technology is now supporting the provision of quality care directly into the consumers home – even in the palm of their hand.

There are many examples within the country public hospital sector, Aboriginal Medical Services, Royal Flying Doctor Service and the network of health clinics in isolated Indigenous communities where the incredible benefits of telehealth services are realised every day.

Whether it be the Emergency Triage Service (ETS) linking of country hospital Emergency Departments to metropolitan based FACEMS in Western Australia; the work of Royal Far West in providing ‘face to face’ counselling consultations to at risk children in the outback; the virtual consultations provided by Cairns based allied health practitioners to local Aboriginal Health Workers and their clients on community in western Cape York or simply a young person in central Australia being able to establish a relationship with their Orange based psychologist during a 10 session counselling program.

These examples are real. They are not, as the Royal Australian College of General Practitioners (RACGP) argued, ‘pop-up’ corporates out to make a quick buck.

These are services that have managed to establish real relationships with people despite having never been in physical proximity to them. No pre-requisite ‘one meeting face to face in the last 12 months’ as an indicator of a solid, enduring consumer-practitioner relationship required in these examples.

So why is the world of the GP so different?

Well, although GPs are part of the universally accessible health safety net, unlike the network of public hospitals and other salaried health care providers, GPs are self-employed and operate their businesses entirely as private enterprises.

Their ‘public’ income is derived from the Commonwealth government via the MBS. The MBS defines the episodes of care to which an ‘item’ number is assigned which in turn determines the payment applicable for that service.

With such an obvious vested interest in the outcome, changes to MBS fee for service provisions are hard won. Even the Federal Health Minister only has restricted discretionary powers to approve variations and additions to the MBS. Such movements, without extensive evaluation and committee/departmental involvement, are generally time limited and restricted in their breadth and scope.

And yet it would be foolhardy to underestimate the power and influence of the medical peaks. It has been a long, long time since I have seen a Health Minister announce a substantial new initiative of government without it equally being proclaimed by the peaks as one of theirs.

If the quality of the ‘patient centred’ relationship is not dependent on having at least one face to face encounter in the preceding 12 months, then why is it a requirement?

There are many people in remote Australia who do not have a ‘go to’ GP. Even among those that do, many would not have managed a physical visit to this person in the last 12 months.

They certainly may have had a telehealth consult (or several) and perhaps even established a meaningful, caring relationship over some time. This sort of continuity of care needs to be preserved and encouraged – not demonised.

And for people living in remote Australia, they cannot be denied access to a service that otherwise does not exist.

PrevPrevious#RaiseTheAge is critical for Closing the Gap targets: senior paediatrician
NextImagine a mental health system that meets the needs of consumers and carersNext