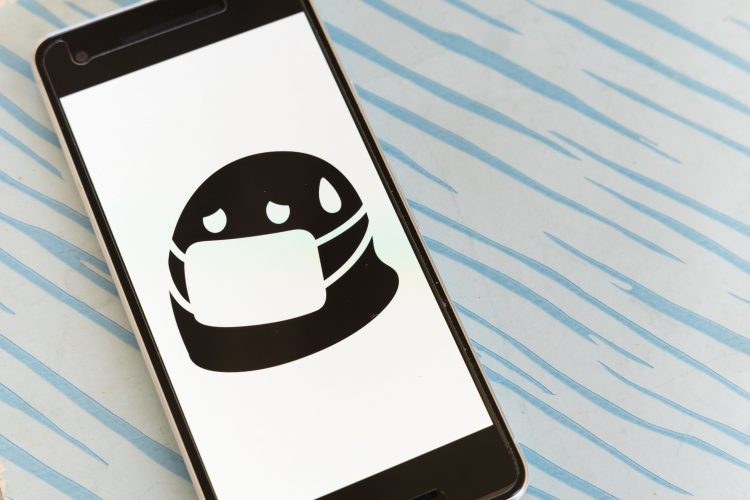 Introduction by Croakey: A newly formed coalition of health and technology experts, including the Doherty Institute, on Monday warned of the risks of “rampant misinformation on social media” for Australia’s COVID-19 efforts and widespread take-up of vaccinations.

The coalition, led by Reset Australia — the local affiliate of the global initiative working to counter digital threats to democracy and society — called on the federal MPs to force Big Tech companies to reveal the true extent of COVID-19 “deadly and hidden” misinformation.

They are pushing the introduction of a Big Tech ‘Live List’, which would let “those working to keep us safe know which groups are being exposed to certain COVID-19 narratives so they can better frame our public health response”. Read more here.

However, research from the Edith Cowan University in Western Australia has also found issues with official COVID-19 online communications in Australia and internationally, which have failed to meet readability standards and therefore put their populations at risk.

Governments in Australia, the United Kingdom and the United States have failed in their written online COVID-19 communications to meet the needs of a large number of their people, particularly those who are at risk in the pandemic, a new study has found.

The study by Edith Cowan University researchers found that only two of 52 online documents analysed were, based on readability scores, “accessible” to people in Australia and the US — and none to the UK community.

The two more readable documents were produced by the World Health Organization (WHO), not the governments, it said.

“All other documents were above this standard and categorised as difficult to read,” write Dr Catherine Ferguson, Dr Margaret Merga, and Professor Stephen Winn in the latest issue of the Australian and New Zealand Journal of Public Health published last week.

While the research did not draw any conclusions about the impact of that on health behaviour and outcomes, it said relying on communications that are not easy to read “may lead to no information or inaccurate information being transmitted among vulnerable groups, resulting in increases in behaviours that could lead to unfavourable health outcomes”.

It’s timely research with a $24 million COVID-19 vaccination advertising blitz set to be rolled out soon in Australia and as health experts continue to urge the need for credible, timely and targeted communications for both COVID-19 spread and vaccination. See previous Croakey stories here.

Australia has seen the impact of poor COVID-19 communication efforts, such as with the hard lockdown of the public housing towers in Melbourne last year, and the power of good communications from and for Aboriginal and Torres Strait Islander communities.

“There appear to be assumptions that everyone can read at a high level,” Ferguson told Croakey, noting that this doesn’t appear to be confined to public health communications.

Other analyses of health research by the Simple Measure of Gobbledygook (SMOG) found no documents in the ‘easy to read’ category, 1% in the average category, 10% in the difficult category and that 89% required a reading grade greater than grade 12, the research said.

The Edith Cowan University research asked: “How well do the written communications of the most commonly sought sources of COVID-19 information available on the internet meet the readability requirements of the general public?”

They were then assessed for readability using an online instrument that calculated scores for the Flesch Reading Ease Score, the SMOG Index and the Readability Consensus Grade Level. This should ideally be targeted to the standard of year 5 in the UK, grade six in the US, and year 8 in Australia “to increase accessibility across the population”, they said.

“Based on their readability scores, only two of the 52 documents analysed were considered to be accessible to the Australian and US general population, and none to the UK community,” the research concluded.

The researchers say there are limitations and caveats to their research, including that people likely get information of varying quality from other sources such as TV, radio and social media, that they did not assess the use of visuals in some materials, and that some documents may have been changed or superseded since they were selected.

However, they say, the findings are clear. While government officials have been prominent in the media, delivering verbal information, governments need to pay more attention to written information “which is expected to be more in-depth and a more permanent source of information”.

“As approximately 40% of each of the populations have literacy levels below those considered necessary to function in today’s society, these data suggest that governments have failed to meet the needs of a large number of their people, particularly the vulnerable within communities, putting their health outcomes at risk.”

The authors urge government departments and other organisations responsible for public health communications to familiarise themselves with readability tools and to employ literacy experts to assist them in emergency situations.

They should also seek feedback from at risk populations, including those from low socioeconomic status (“which has a relationship with cognitive abilities”) and older age groups, they said.

PrevPreviousWhat’s to be done about Van Morrison and Eric Clapton’s anti-lockdown antics?
NextCOVID-19 wrap: marking an anniversary with a global update and vaccination adviceNext