‘Unfair and arbitrary. Is the only thing new in the Indigenous Advancement Strategy a new round of a massive funding cuts?’

Indigenous leader Pat Dodson – who revealed he has met Prime Minister Tony Abbott only once, and then  in passing – said last week that removal of frontline services from Indigenous organisations working towards Closing the Gap in Indigenous health “would seem counter intuitive to any fair-minded Australian”.  But that, he said in this Age OpEd, has been the result of the Federal Government’s much-awaited Indigenous Advancement Strategy.

As this earlier Croakey piece points out, Minister for Indigenous Affairs Nigel Scullion has announced grants of $860 million to 964 organisations to deliver 1,297 projects but, according to ABC radio, only 41 per cent of applications were successful, and there is widespread angst and uncertainty about which applications were funded, and for how much. See the Minister’s statement.

In the post below, Dr Chelsea Bond, a Senior Lecturer in the Oodgeroo Unit at Queensland University of Technology, looks at the impact of the cuts for the broader Indigenous community controlled sector and for her work with  InalaWangarra in Queensland, and at the higher levels of scrutiny on funding for Indigenous organisations than mainstream operations.

She says that  “truly new reform” would ensure that all Indigeneous funding (both Indigenous specific and mainstream) advances the interests of the Indigenous community, both in terms of process and outcomes, with a model of service delivery that “doesn’t trade off old imaginings of Indigenous incompetence, dysfunction or despair”. 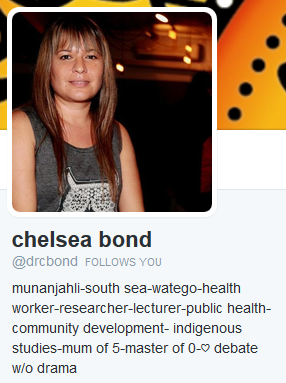 Nothing new in Indigenous Reform Agenda

According to the Federal Government, the Indigenous Advancement Strategy represents a“new relationship of engagement” with Indigenous Australia. Yet it was just under a decade ago that we were inflicted with a “new paternalism” by our Prime Minister, then the Federal Health Minister, in justifying a raft of Indigenous social policy measures including the Northern Territory Emergency Response, the introduction of Alcohol Management Plans in Aboriginal communities in Queensland and the mainstreaming of Indigenous services in urban and regional centres, which was continued under successive Labor governments.

Perhaps the only new thing about this strategy is the $534 million funding cut from the Indigenous Affairs portfolio. This is despite what the PM deems the “profoundly disappointing” results outlined in the Government’s own Closing the Gap report last month. The PM’s chief Indigenous advisor Warren Mundine did warn us that the reform agenda would produce “winners” and “losers”, and certainly from the coverage over the past few weeks, many Indigenous communities are feeling as though they are on the losing side. While a full list of the winners and losers has yet to be released, we can see that the Indigenous community controlled sector has been hit particularly hard – be they peak bodies, local grassroots organisations; from Tennant Creek to Inala (the community in which I live), a wide range of frontline services will no longer exist as a result of the IAS announcement.

The other less reported ‘new reform’ under the IAS introduced last year has been the requirement for Indigenous organisations receiving “grants of $500,000 or more in a single financial year from funding administered by the Indigenous Affairs portfolio to incorporate under Commonwealth legislation under the Corporations (Aboriginal and Torres Strait Islander) Act 2006”.

One would think, given the inability of mainstream services to close the gap in Indigenous disadvantage to date, that all funding for Indigenous advancement outcomes would require “high standards of governance and accountability”. Yet in reading between the lines, it is primarily the Indigenous community controlled sector that requires additional scrutiny and surveillance. These special measures of surveillance and exemption in Indigenous affairs are all too familiar to Indigenous Australians who’ve lived under the protectionist and assimilationist policies of the last century and beyond.

Ironically, the Indigenous community controlled sector already meets high standards of accountability – accountability for outcomes within our own communities. These organisations are governed and largely staffed by local Indigenous community members who are held accountable to our communities for delivering on outcomes, often well beyond what we are funded to deliver and beyond the usual hours of business. This is not in lieu of financial accountability requirements to funding providers, but rather in addition to – a dilemma not often faced by large NGOs staffed by people from outside of our community.

Take for instance, the community organisation I’m a board member of: InalaWangarra, which was one of the losers under the IAS.

Recently our organisationwas funded around $50,000 to deliver an outcome of 20 Indigenous people into careers as security guards, which was well shy of the actual costs of the program. Just this week 20 local Indigenous people in Inala graduated from the program with a Certificate II in Security, Certificate III in Hospitality, and received their blue cards, police checks and security licenses and now are all embarking on careers with a Security company in our region. For that small investment, the CEO is dealing with 3 different state and federal funding providers, writing grant applications and acquittals for each one, on top of regular visits and phone calls from funding providers just to check on how we doing, with another requiring written monthly reports. Part of the funds for this program was provided after completion to ensure we delivered on the outcomes, thus requiring the organisation to resource program implementation from other funds.

This isn’t good governance surely? And, this is despite our previous achievement under a Federal government ‘pilot program’ which placed 88 local Indigenous community members into jobs, most of which were long-term unemployed, and retained employment beyond 13 weeks. Despite demonstrating competency, Indigenous community controlled organisations are still deemed ‘too risky’ to funding providers and it is this“relationship of engagement” that demands reform.

The ‘new reforms’ in Indigenous social policy must include equal, if not greater scrutiny over the inability of mainstream services to deliver the outcomes they are funded to deliver in our communities. Their governance structure doesn’t enable local communities to hold them accountable, and every year we are surprised at the new NGO that has rolled into our suburb or received funding to service our community, despite having demonstrated little engagement with our community.

One such example is the federal funding in 2012 for Indigenous men’s sheds across the country as a men’s health initiative. Within our local community, the Inala Police Citizens Youth Centre was funded to establish a men’s shed. Yet, one year later The Satellite newspaper reported “The one-year-old building at the back of the Inala Police Citizens Youth Centre (PCYC) has every tool imaginable on its shelves, walls and benches and a pile of wood just waiting to be crafted”. There is, however, one problem. The shed is predominately empty due to a lack of members.” Yet InalaWangarra’s Indigenous men’s group has never struggled with engaging local men in its activities – it has simply struggled to engage financial investment from state or federal funding providers. This is not an isolated case, and examples of poor engagement and poor service delivery can be found across critical areas of health, education, housing, employment and training and explains much of the gap of inequality that our people suffer. It is often left to the under-resourced local Indigenous community controlled organisation to fill the gaps of mainstream service delivery models.

This is the site where genuinely ‘new reform’ could be demonstrated; ensuring that all funding (both Indigenous specific and mainstream) advances the interests of the Indigenous community it services, both in terms of process and outcomes.

Our model of service delivery doesn’t trade off old imaginings of Indigenous incompetence, dysfunction or despair.

‘New reform’ in Indigenous social policy will only be realised through new imaginings of and engagement with Aboriginal people, communities and capabilities.  Unfortunately the IAS has offered us nothing new in this regard.

For further reading on the impact of the funding changes: