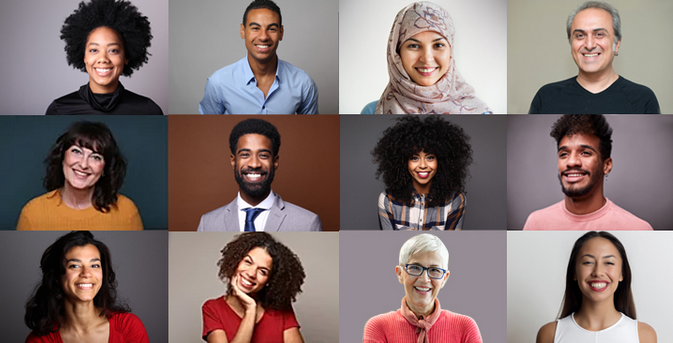 Introduction by Croakey: The United States’ leading public health agency, the Centers for Disease Control and Prevention, has recently declared racism to be a “serious public health threat” that must be a critical focus of its work.

As Marie McInerney reports below, the declaration contrasts with continuing muted responses from the Australian Government, 30 years on from the Royal Commission into Aboriginal Deaths in Custody, as the toll of deaths in custody for Aboriginal and Torres Strait Islander families and communities continues to grow.

News this week that the number of Aboriginal and Torres Strait Islander people to die in custody across Australia since the start of March has risen to seven adds to pressure on Australian governments to address racism in both the justice and health systems.

State authorities this week confirmed another two deaths in custody, at Cessnock Correctional Services in NSW and at Port Phillip Prison in Melbourne.

However, the Prime Minister and other key Ministers including Health Minister Greg Hunt have failed to engage with what leading Indigenous Labor MP Linda Burney has described as “a national emergency”.

ABC broadcaster Patricia Karvelas tweeted her shock that response to the news was “so muted”.

Despite mounting calls for action, including for a fully funded national strategy to effectively respond to the systemic racism exposed by the COVID-19 pandemic, bushfires and Black Lives Matter movement, this governmental silence is not new, as leading Aboriginal and Torres Strait Islander scholars wrote last year in the MJA.

“Tragically, despite the parlous state of Indigenous health, we have not been met here with the kind of urgency that the global Black Lives Matter movement has spurred elsewhere,” they said.

Instead, “the Australian health system’s Black Lives Matter moment is best characterised as indifferent; a ‘business as usual’ approach that we know from experience betokens failure”.

By contrast, the United States’ leading public health agency, the Centers for Disease Control and Prevention, has this month declared racism to be “a serious public health threat”, an “epidemic” which had been highlighted and exacerbated in the devastating COVID-19 toll over the past year.

The statement by CDC Director Dr Rochelle P Walensky said that, as the nation’s leading public health agency, the CDC has a “critical role” to play in addressing the impact of racism on public health.

US media reported she has charged all of the offices and centers under the CDC to develop interventions and measurable health outcomes in the next year, addressing racism in their respective areas.

The CDC has also launched a new web portal “Racism and Health”, as part of its commitment “to serve as a catalyst for public and scientific discourse around racism and health, and to be accountable for our progress”.

The CDC statement says in full:

The COVID-19 pandemic has resulted in the death of over 500,000 Americans. Tens of millions have been infected. And across this country people are suffering. Importantly, these painful experiences and the impact of COVID-19 are felt, most severely, in communities of color—communities that have experienced disproportionate case counts and deaths, and where the social impact of the pandemic has been most extreme.

Yet, the disparities seen over the past year were not a result of COVID-19. Instead, the pandemic illuminated inequities that have existed for generations and revealed for all of America a known, but often unaddressed, epidemic impacting public health: racism.

What we know is this: racism is a serious public health threat that directly affects the well-being of millions of Americans. As a result, it affects the health of our entire nation. Racism is not just the discrimination against one group based on the color of their skin or their race or ethnicity, but the structural barriers that impact racial and ethnic groups differently to influence where a person lives, where they work, where their children play, and where they worship and gather in community. These social determinants of health have life-long negative effects on the mental and physical health of individuals in communities of color.

Over generations, these structural inequities have resulted in stark racial and ethnic health disparities that are severe, far-reaching and unacceptable.

As the nation’s leading public health agency, CDC has a critical role to play to address the impact of racism on public health.

Confronting the impact of racism will not be easy. I know that we can meet this challenge. I know that we can create an America where all people have the opportunity to live a healthy life when we each take responsibility and work together. I am committed to this work. I certainly hope you will lean in and join me.

One found that racial and ethnic disparities in COVID-19 hospitalisation are driven by both a higher risk for exposure to SARS-CoV-2 and a higher risk for severe COVID-19 disease due mostly to higher prevalence of underlying medical conditions, “both of which are influenced by social determinants of health”, particularly occupation, housing conditions and socioeconomic status.

The regional and temporal patterns in disparities observed in this analysis are likely driven primarily by differences between racial and ethnic minority groups and White persons in SARS-CoV-2 exposure risk associated with occupational and housing conditions and socioeconomic status.

It states clearly that “racism, rather than a person’s race or ethnicity”, is a key driver of the long-standing, systemic health inequities that lie being these visits, including limited access to quality health care, lower general health status and access to quality education, and disproportionate representation in essential jobs with less flexibility to work from home or take medical leave.

The American Public Health Association also wrote last month that police violence is a critical public health issue, with racial profiling and resulting brutality and violence continuing to “result in disproportionate harm to the health of individuals and communities of color, especially Black communities”.