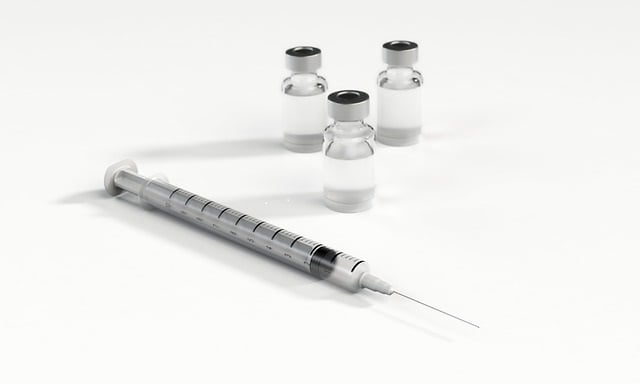 Australia’s first pill testing trial took place earlier this year in Canberra at a music festival. 128 people attending the festival provided pills for testing and two of these pills were found to contain  potentially deadly substances.  These pills were then disposed of and the event was fatality-free.

Despite this positive outcome, the National Capital Authority (NCA) has said it will not allow pill testing at the next big music festival in Canberra which is held on land controlled by the Commonwealth Government rather than the ACT.

Even after two people died from taking contaminated pills at last weekend’s Defqon.1 event in Sydney, where testing was not available, the NCA has maintained its position against pill testing.

This is just one example of how, when it comes to illicit drugs, ideology and politics get in the way of savings lives.

Another is covered in today’s post from Doug Taylor, a senior executive at Uniting (ACT and NSW).  He discusses  a new campaign for the decriminalisation drug use.  This follows the example of Portugal, which has seen dramatic decreases in drug-related harms since it went down this road in 2001 and whose fatal heroin overdose rate is now one twentieth of Australia’s.

The ‘Fair Treatment’ campaign has been developed by the Uniting Church, Uniting and 60 partnering organisations and is aimed at sparking a new discussion and ultimately a new approach to illicit drugs.

The fact that two people are dead and two more in a critical condition as a result of a suspected drug overdose at a music festival this weekend is a tragedy.

It is a tragedy for the families of these young people, a tragedy that is experienced by countless families across the nation every year due to drug overdoses.

Yet these tragedies should serve to put a spotlight on Australia’s drug policy. The sad reality is that the ‘war on drugs’, one led by investing billions in policing and criminalising people who use drugs is simply not working.

Drug-induced deaths have hit their highest in 20 years and 200,000 Australians are unable to get the treatment they need every year.

Resolution from the Uniting Church

The Uniting Church’s NSW and ACT Synod in 2016 passed a resolution calling on governments to direct greater investment in demand and harm reduction practices and the further decriminalisation of personal drug use – the only church in the world to do so.

In 2001 the Uniting Church supported the establishment of the Uniting Medically Supervised Injecting Centre (MSIC) run by Uniting, the church’s service arm in NSW and ACT.

This was the first supervised injecting facility in the English- speaking world. There are now 110 such services in 10 different countries. There remains just one in NSW and one has recently opened in Victoria.

The Uniting MSIC has successfully treated thousands of overdoses, reduced the spread of diseases like HIV and Hepatitis C, taken public injecting off the streets and provided a pathway into health and social services for people who might otherwise have not contacted them.

There have been no deaths since it started. The Uniting MSIC now enjoys broad support including from the police to the Australian Medical Association.

Australia has a longstanding national drug strategy based on the model of harm minimisation. This bipartisan policy is comprised of three pillars: Supply Reduction (law enforcement), Demand Reduction (treatment services) and Harm Reduction (needle and syringe programs and injecting centres).

The tragedy is that we provide the bulk of funding to the least effective measure.

Law enforcement measures receive around 70% of our national drug budget with much more limited funds going toward evidence-based demand reduction strategies like treatment (21%) and even less for harm reduction initiatives (2%).

In reality there is no link between a law enforcement approach to reducing the rate of drug use. Of the more than 80,000 Australians charged with drug related offences in 2014/15, 66% were charged only with personal possession or use, and this number is increasing.

A decriminalisation approach coupled with investment in harm reduction and treatment services can have a positive impact on both individual drug users and society as a whole.

And there is concrete evidence that this approach works.

Not so long ago, Portugal, was a heroin capital of Europe. In the late 1990’s, one in ten people were using heroin. The country was crippled by an unprecedented national health emergency.

Portugal’s solution? The government changed how it dealt with people who use drugs: decriminalising drug use and possession in small quantities.  The country also expanded and improved prevention, treatment, harm reduction and social reintegration programs. Put simply, it has worked.

Canada recently become only the second country in the world to legalise marijuana.

Canadian Prime Minister, Justin Trudeau, announced the move earlier this year. He said the move would take the market share away from organised crime and protect the country’s youth.

Sure, such changes are radical and there are many people who would be alarmed by Australia taking such an approach. But at the very least we need to acknowledge our current approach to drugs is not working.

It’s time for the reform on drugs. A courageous movement forging a new path for people affected by drug policy. A hand that reaches out with help and not handcuffs. Meaningful drug policy reform, for the fair treatment of all people.

To this the Uniting Church, Uniting and 60 partnering organisations are launching, The Fair Treatment campaign, aimed at sparking a new discussion and ultimately a new approach to illicit drugs.

It is being launched by Richard Branson at the Sydney Town Hall on Friday October 12th from 10am.

We need a fundamental rethink of our approach. One based on research and facts – in order for us to get a policy that works and helps avoid the tragic deaths we witnessed this weekend.

If we are to trigger such a change we need people to add their voice to the chorus for change. People like you.

To book tickets for the campaign launch go to www.eventbrite.com

Doug Taylor is a senior executive of Uniting (NSW and ACT) which runs the nation’s only medically supervised drug injecting centre.

Privileging the voices of people with lived experiences of addiction

PrevPreviousThe NT is putting a minimum floor price on alcohol, because evidence shows this works to reduce harm
NextGlobal TB report highlights urgency of taking action on an ancient diseaseNext