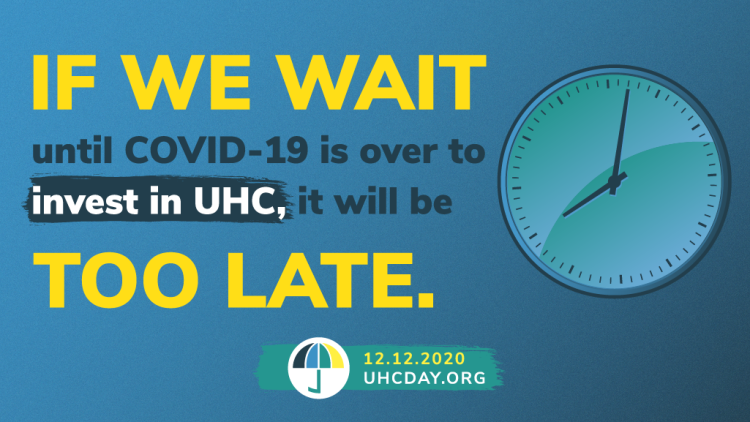 Universal health coverage: more relevant than ever for Australians

Introduction by Croakey: Amid a global pandemic which has disproportionately impacted minorities and society’s most disadvantaged groups, health equity advocates say the mandate for universal coverage has never been clearer, or more urgent.

This Saturday, December 12, will mark the United Nations’ annual Universal Health Coverage Day, traditionally a rallying point for the #HealthForAll movement. Occurring this year against the backdrop of the devastating COVID-19 pandemic, organisers say there has never been a more critical time to tell the world’s leaders UHC is a “moral and smart investment that cannot wait”:

“Nearly one year after the first COVID-19 cases, we must say goodbye to the status quo that got us here, and settle for nothing less than strong health systems that Protect Everyone—now and into the future.”

In this piece for Croakey, Stephen Jan and Anna Palagyi from The George Institute for Global Health reflect on the impetus for UHC from COVID-19 and the US election, and urge against complacency for Australia.

With the election of Joe Biden to the US Presidency comes the hope that there will be a reversal of efforts of the current administration to dismantle Obama’s health care reforms.

Over the past four years, universal health coverage (UHC) – the notion that all citizens have access to affordable health care of reasonable quality when needed – has become an ever more distant and deliberately sidelined policy goal.

During Trump’s Presidency, the number of people without health insurance increased by 1.6 million from 2017 to 2019. The first few months of 2020 saw an additional five million people becoming uninsured due to COVID-related job losses.

Can we take comfort in the situation being better in Australia?

In contrast to the US, every citizen in Australia is entitled to free public hospital care and coverage under Medicare for most non-hospital health care and medicines. Nonetheless, out-of-pocket costs currently represent 17 percent of total expenditure on health care in Australia, which is above the average across the OECD.

This financial burden is experienced most acutely in specific patient groups – for example, The Consumers Health Forum of Australia found in a survey of  people living with cancer in Australia that over a quarter incurred costs of more than $10,000 over the previous two years, with many consequently encountering hardship and having to draw on superannuation.

In our research we have observed similar experiences of economic hardship in Australia in patients with chronic obstructive pulmonary disease, chronic kidney disease, stroke, eating disorders, and cardiovascular disease.

When a country falls short of achieving UHC, its citizens lack affordable access to necessary health services and treatments which means that people may face substantial costs in obtaining care. The result is that those with serious or long-term health conditions can be faced with the tragic choice of either pushing their families into dire economic hardship or having to forgo treatment altogether.

It has been estimated that 100 million people around the world go into poverty each year as a consequence of the costs they incur while trying to obtain health care.

In a study conducted across eight countries in South East Asia, we found that 31 percent of patients newly diagnosed with cancer had experienced financial catastrophe (costs exceeding 30 percent of annual household income) within just three months after diagnosis, and 23 percent had discontinued treatment.

In a recent review of studies examining childhood cancers in low- and middle-income countries, we found that the families of almost one in three children had either refused treatment for their child, or stopped treatment early.

In the US, which spends more on health care per person than any other country, it has been posited that around 60 percent of all bankruptcies have been attributed to medical issues. On average, citizens in the US spend over US$1000 in out of pocket costs each year (in Australia that figure is around US$850 and the average in the OECD is around US$700). 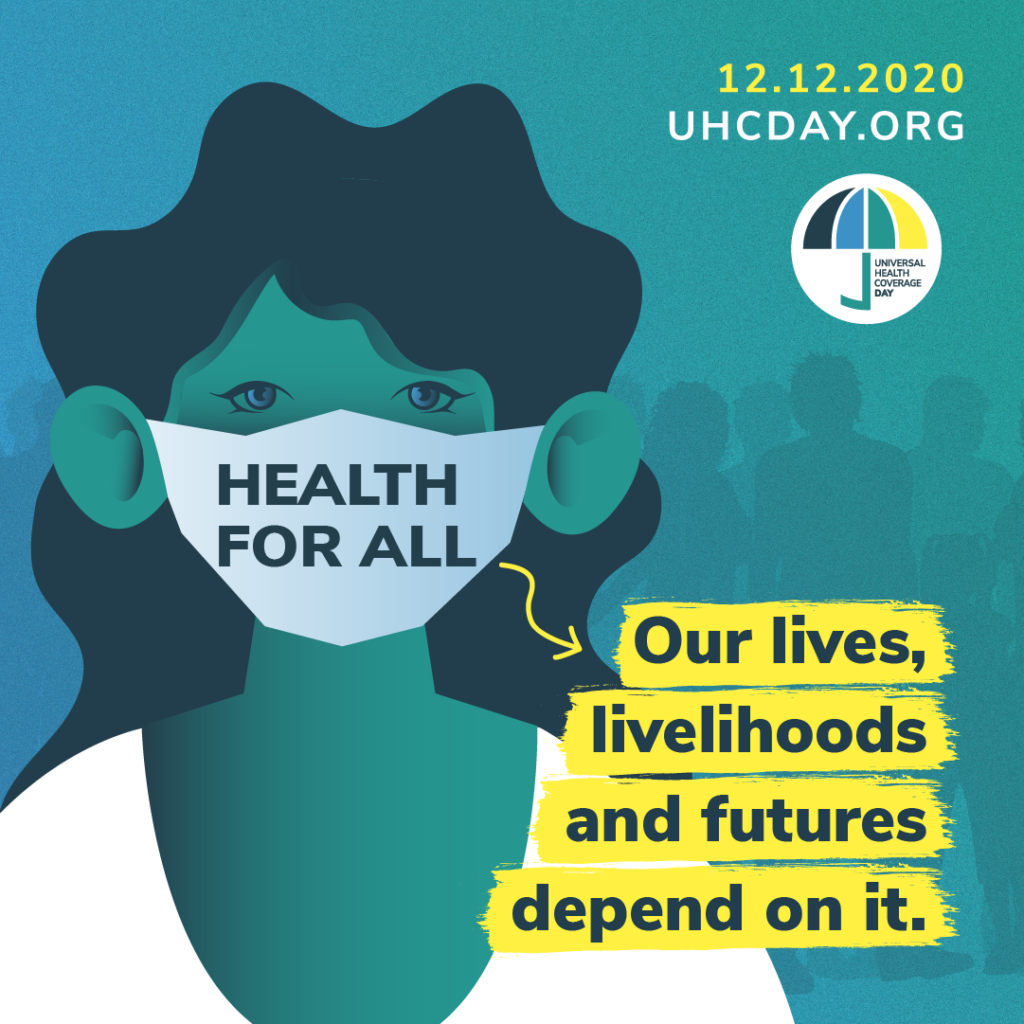 In recent times, COVID has created further challenges for UHC.

Evidence from Australia and overseas has shown that people have, for various reasons, not been accessing essential health services such as GP visits and cancer screening. As a consequence, we are likely to see a larger number of people with undiagnosed conditions or delayed diagnoses presenting late to treatment thereby leading to preventable hospitalisations and deaths.

Contrary to popular opinion, Australia didn’t ‘achieve’ UHC with the introduction of Medicare by the Hawke Government in 1983. Sure, it was an important step, but we know that many people have fallen through the cracks in our health system in subsequent years and continue to do so in significant numbers.

This has been a product of the long-term trend of shifting the burden of funding for health care directly onto patients and their families in the form of out-of-pocket payments; notably, gap payments which are the difference between what the health care provider charges and what you get back from your insurer or Medicare.

This has largely been due to government policies to promote private insurance through tax incentives and subsidies, and the fact that patients who are funnelled into private health care often face substantial gap payments and uncertainty over what can and cannot be claimed. 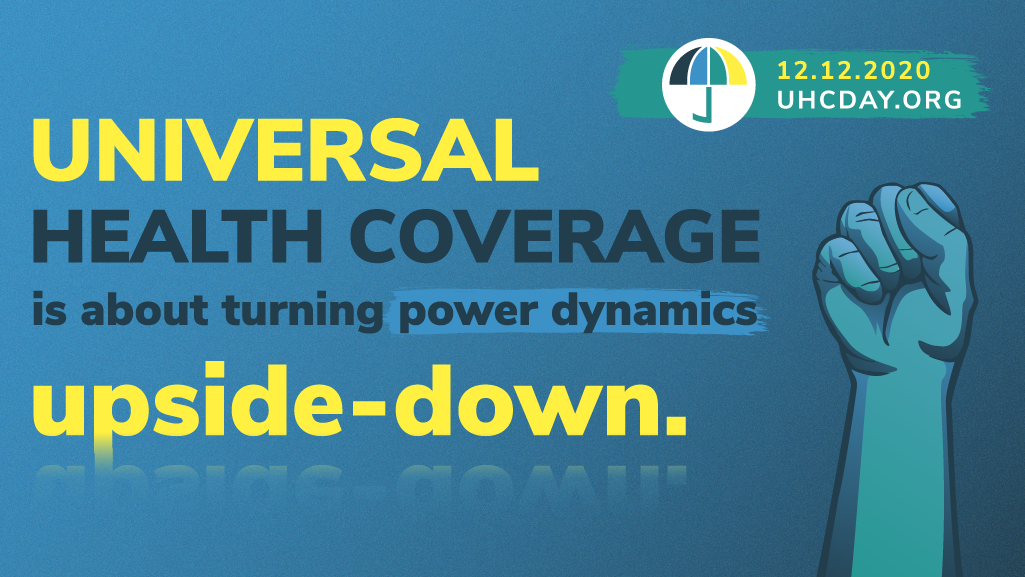 One of the stark ironies of health care policy in the US is that those states that have suffered the largest increases in the numbers of uninsured citizens under the Trump administration – namely Florida and Texas – remain Republican strongholds.

Although many have ridiculed Trump’s self-proclaimed genius, it’s hard not to see some element of it in his capacity to garner support, often fervent, from those who have been made fundamentally worse-off under his watch.

However, before we get too smug here in Australia, we should recognise that we are currently experiencing a similar form of submission by the public to the bipartisan support we have for private health insurance and the growing burden of out-of-pocket spending that has resulted from this policy.

December 12 has been marked by the United Nations as ‘UHC Day’. For Australians, it should be a reminder that we cannot be complacent about our right to health; UHC should not be seen as a single milestone but a guiding principle for the health system.

Ultimately, UHC is an ideal we need to continually work toward. What we have encountered in the past is that gains in promoting access to health services and financial protection can easily be reversed through deliberate policy shifts or eroded over time.

Stephen Jan is Co-Director of Health Systems Research at the George Institute for Global Health, Professor of Health Economics at the Universities of NSW and Sydney and is on the Board of Directors of the Sax Institute
Anna Palagyi is an NHMRC Early Career Fellow with over 15 years of experience in health systems research and development in the Asia-Pacific region