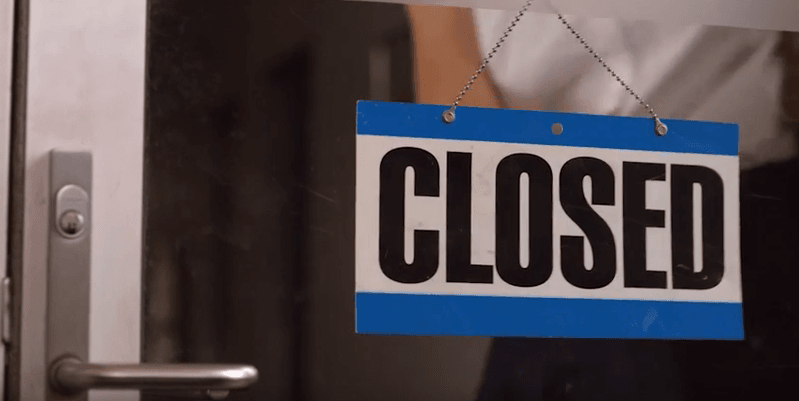 Urgent after-hours GP visits under scrutiny but no urgent action

In a comprehensive article below, Dr Lesley Russell notes that the issues around after hours home visiting services are both important and multi-layered, but that the Minister has yet even to act on detailed recommendations proposed earlier this year from the expert MBS Review Taskforce.

It’s an ongoing issue, aggravated by busy lifestyles, that lacks an effective, modern solution in Australia: how to get access to primary care when needed, regardless of the time of day.

In recent years there has been explosive growth in the use of after-hours home visiting services which are increasingly operated by for-profit, medical deputising services and now there are concerns that some of these services are rorting Medicare.

Organised medicine has spoken out about their concerns that these services are often staffed by doctors with no formal training in general practice and who have no existing relationship with the patients.

It’s fair enough to claim that these services are best delivered by the patient’s own GP – but if that doctor is unwilling or unable to provide after-hours services, then the business sector will see a business opportunity and respond. That’s exactly what has happened (the number of Medical Deputising Services has grown from 66 in 2012 to 116 in 2017).

However, while some Australians have ready access to after-hours care (in some areas of Australia, more than 10 per cent of Medicare benefits paid for GP and primary care services are paid for urgent after-hours attendances), many others, especially those outside metropolitan areas, have few options available.

Over the years a succession of Australian governments has attempted to improve access to after-hours care through a variety of Medicare-funded programs, most of which have garnered less-than-glowing evaluations and all of which have been endlessly tinkered with (see for example my summary of after-hours programs 1990-2012 and the 2014 review by Professor Claire Jackson).

Health Minister  Greg Hunt has referred allegations of improper Medicare claims to the Department of Health’s Medicare Integrity Division for investigation but is yet to act on detailed recommendations from the expert MBS Review Taskforce. Indeed, on the day in September when he announced the investigation into improper claims, he said, “I expect that Taskforce to provide recommendations for change and the Government is minded to accept such recommendations” – seemingly ignoring the fact that he has had the report since May.

Perhaps his hesitancy to act is because polling shows most Australians would view a reduced home visits program as a violation of Prime Minister Turnbull’s no-cuts-to-Medicare pledge and likely  there’s been some strategic lobbying by those who see their business model being undercut.

Issues that go to the employment of unqualified medical personnel, the safety, quality and appropriateness of the services delivered, improper Medicare claims and loopholes that allow these must be quickly investigated (for all doctors providing after-hours services) and remedied.

Any new proposals must recognise that patients and their families will have perceptions about the urgency of their medical problem that may differ from those of clinicians. Due consideration must also be given to the (realistic) feasibility for them to seek medical attention during normal office hours and their access to other sources of medical care.

A further area for improvement is the need to ensure that when medical care is provided out-of-hours by a deputising service, there is coordination and feedback with the patient’s usual GP.

Urgent vs non-urgent after hours care

In essence, there is a need to cover off two separate but related issues: urgent (or perceived as urgent) out-of-hours primary care and a growing demand for non-urgent care provided outside of normal doctors’ working hours.

This will require some astute decision-making and a willingness to put best medical practice and the needs of doctors working at the coal-face and their patients ahead of corporate interests and the posturing of medical groups.

It’s never easy for families with two working parents, small business owners or farmers to get to see their GP during normal office hours.  Small children and the frail elderly are often worryingly ill during the night. And this is an age where expectations are for 24/7, on-demand services.

At the same time the general practice workforce is increasingly feminised and part-time and there is a growing push for a better GP work-life balance with flexible work hours, opportunities for leisure activities and good physical and mental health. The Medicare rebate freeze has imposed financial strictures on practice budgets that are already strained.

With these inherent tensions, small wonder that finding after-hours GP services is a major problem for patients and their families and carers and providing these services is often seen as financially unrewarding for their doctors. Currently only 38 per cent of GPs work in practices that provide their own after-hours services and a recent survey found that just one in 10 GPs visit their patients after hours.

‘Not driven by clinical need’

The MBS Review Taskforce finds that the growth in the provision of urgent after-hours services “appears not to be driven by increasing clinical need for these services, but has coincided with the entry of new businesses into the market with models that promote these services to consumers, emphasising convenience and no out-of-pocket costs.”

The Taskforce also found little evidence to support arguments that the growth in use of urgent after-hours home visits has helped reduced the impact on hospital emergency department services; rather much of the dramatic growth in expenditure is from patients who are being diverted from daytime general practice with a cost increase to Medicare from $37.05 (MBS item 23) to $129.80 (MBS item 570).

Alternatively, Medicare is paying $129.30 when the service should be billed as non-urgent ($49 MBS item 5020). None of this cost is visible to the patient if they are bulk-billed.

Some idea of inappropriate servicing might be gauged by looking at Medicare billing for GP services provided during what are called “unsociable hours” (11pm – 7am).

Medical emergencies pay small attention to the hour, but presumably patients looking for a non-urgent home visit and the doctors who attend them do. Billings for these MBS items 599 ($153) and 600 ($124.25) cost Medicare $37 million in 2016-17, up 143 per cent from 2006-07, but according to the MBS review, they are now falling  as a percentage of all urgent after-hours services.

Perhaps the best indicator of where this sector of healthcare services is potentially headed with increasing corporatisation is that a number of long-established medical deputising services have recently withdrawn from the National Association for Medical Deputising Services of Australia. They have cited the importance of complementing rather than competing with daytime general practice, stating “One thing that the services that have withdrawn from NAMDS have in common is a dedication to acting for and on behalf of GPs first and foremost.”

Clearly many general practices rely on medical deputising services to care for their patients and are happy with the results, so the solutions that are implemented to address the highlighted problems must not throw the good out with the bad.

The important question that must be answered goes to the proportion of urgent, after-hours home visits (especially those provided by for-profit deputising services) are really what might be called “concierge services” and are therefore delivering low value to taxpayers (albeit high value to the people who are lucky enough to access them).

Sadly, there is no evidence of any policy work from the Department of Health to ensure that unmet needs for primary care services (both urgent and non-urgent) outside of normal office hours can be met for all Australians, regardless of where they live.

Dr Lesley Russell is an Adjunct Associate Professor at the Menzies Centre for Health Policy at the University of Sydney. On twitter @LRussellWolpe

PrevPreviousTime for action on codeine, “the ‘fast food’ of big pharma”: RACP
NextWrapping the latest news in palliative care – get your #APCC2017 conference report hereNext