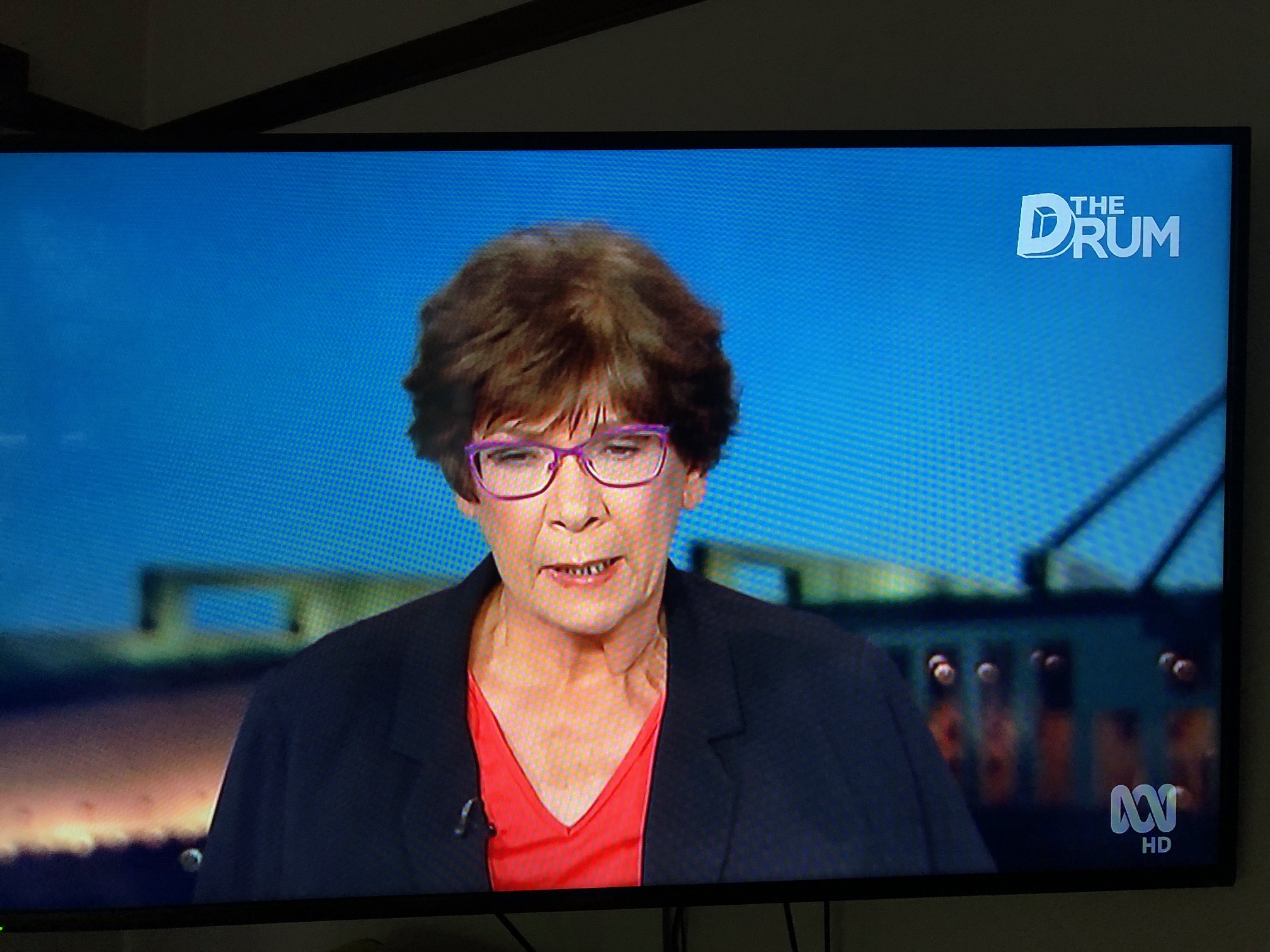 Introduction by Croakey: Governments at all levels have been urged to provide greater support and resources to help protect Aboriginal and Torres Strait Islander communities from COVID-19.

Pat Turner, CEO of the National Aboriginal Community Controlled Health Organisation (NACCHO), warned tonight that if the novel coronavirus gets into Aboriginal communities, “it will be absolute devastation without a doubt”.

Turner also called for action to address “the national disgrace” of inadequate Aboriginal housing given the implications for infection control, and for screening of communities in vulnerable areas, stating that the docking of a cruise ship in Broome today had caught health authorities unawares.

The ACCHO sector had been working very hard to get out information to communities and clinics, but needed the Government to fund their services at a realistic level, she told ABC TV’s The Drum program.

Dr Kris Rallah-Baker, president of the Australian Indigenous Doctors’ Association, called for efforts to minimise non-critical or unnecessary travel to rural or remote communities, and also for more funding support for the community controlled sector.

“Any health services delivered need to be culturally safe and appropriate in order to minimise the impact that this will have on Indigenous communities,” he told an AMA press conference.

Meanwhile, the threat of COVID-19 to regional and remote Aboriginal communities was high on the agenda of a meeting in central Australia this week, reports Chips Mackinolty, Executive Director of Researcherenye Wappayalawangka, the Central Australia Academic Health Science Network.

Over two days in Tennant Creek, the Council of the Central Australia Academic Health Science Network [CA AHSN] met this week to assess and map health and medical research in our region.

It is part of our work across 16 research institutions, Aboriginal community-controlled primary health care services and other groups to “change the landscape” of such research, and its translation into improved outcomes for Aboriginal people.

Inevitably, much of the discussion was – in a sense – completely side tracked by discussions about the threat of COVID-19 to regional and remote Aboriginal communities. To state the obvious, Aboriginal people endure far greater health threats than the average Australian – and these are far worse in the bush.

COVID-19 exacerbates this – again, to state the obvious. Our understandings of the current state of play have been changing hour by hour.

The Aboriginal Medical Services Alliance Northern Territory (AMSANT) has been engaged in intense, daily discussions with the Commonwealth and Territory governments as to how to handle the crisis – and keeping remote clinics in touch with developments.

AMSANT is expanding its “alerts” through a variety of “non-medical” networks across the bush. The threat to people in the scrub is potentially disastrous.

So in this rapidly changing landscape it was disturbing to read recommendations coming from the Italian College of Anaesthesia, Analgesia, Resuscitation and Intensive Care (SIAARTI) to adopt wartime triage processes that are required in the field of “catastrophe medicine”.

The Italian situation was not raised or discussed at the CA AHSN Council meeting, other than to note the situation there was in crisis.

But to quote from a piece in The Atlantic… The principle they (SIAARTI) settle upon is utilitarian. “Informed by the principle of maximizing benefits for the largest number,” they suggest that “the allocation criteria need to guarantee that those patients with the highest chance of therapeutic success will retain access to intensive care”.

The authors, who are medical doctors, then deduce a set of concrete recommendations for how to manage these impossible choices, including this: “It may become necessary to establish an age limit for access to intensive care.”

Those who are too old to have a high likelihood of recovery, or who have too low a number of “life-years” left even if they should survive, will be left to die.

This sounds cruel, but the alternative, the document argues, is no better. “In case of a total saturation of resources, maintaining the criterion of ‘first come, first served’ would amount to a decision to exclude late-arriving patients from access to intensive care.”

In addition to age, doctors and nurses are also advised to take a patient’s overall state of health into account: “The presence of comorbidities needs to be carefully evaluated.”

This is in part because early studies of the virus seem to suggest that patients with serious pre-existing health conditions are significantly more likely to die.

But it is also because patients in a worse state of overall health could require a greater share of scarce resources to survive: “What might be a relatively short treatment course in healthier people could be longer and more resource-consuming in the case of older or more fragile patients.”

That such a moral quandary might present itself during the battles of war is apparent; that this question has arisen in the context of civilian populations in peace time is stark.

It is for that reason the CA AHSN has called for, among other things, and “as happened in the recent bush fire crises, we would see it as essential that Commonwealth-funded remote area health medical workers be brought in to help”.

There are promising signs from the Commonwealth though, as Dr Mark Wenitong has pointed out, we would be better prepared if we hadn’t been so under-resourced for decades.

In this, we would cautiously welcome the possibility of defence force health professionals in providing assistance on the ground. It could potentially be a wonderfully ground breaking innovation in community-controlled efforts working in co-design with the defence forces.

Our services – already way overstretched – are certainly not resourced to meet this current threat.

It is precisely because of the known presence of comorbidities, that COVID-19 presents such a stark situation in rural and remote Australia. Yes, groups such as AMSANT in the Territory, and NACCHO nation-wide, are working hard, with governments, to address the multitude of issues we face.

But more resources are needed, especially in the areas of information campaigns – in First Nations languages where possible.

More testing stations – with rapid turn arounds of test results – will be critical in identifying carriers of the disease, and help prevent its spread into communities, both out bush and in regional centres.

Certainly, as we said in our statement yesterday, “things that might work in the big cities simply won’t work out bush, so we need to focus on local solutions”.

Am I being too alarmist? I sincerely hope so, but worried nevertheless.

We certainly cannot contemplate an approach where “… those who are too old to have a high likelihood of recovery, or who have too low a number of ‘life-years’ left even if they should survive, will be left to die”.

For Aboriginal and Torres Strait Islander people, that would indeed be “catastrophe medicine”.

PrevPreviousHow the coronavirus story is unfolding, by the day and week…
NextAs national coronavirus information campaign finally launches, concerns raised about inconsistency and confusion in messagingNext