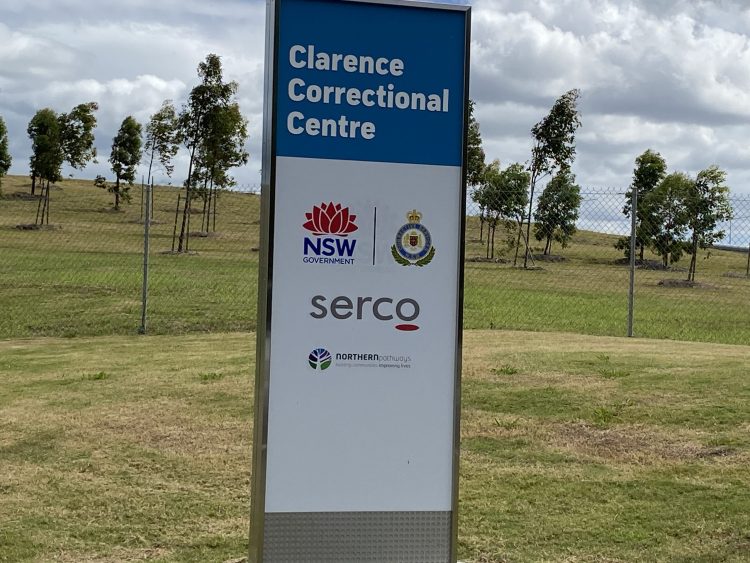 When it comes to COVID, out of sight, out of mind? Australia's largest prison has been built in rural NSW: Photo by Linda Doherty

Introduction by Croakey: Communities and groups who are most at risk from COVID-19 are also at greatest risk from the Prime Minister’s determination to press ahead with easing of public health measures once 70 percent of the eligible population is vaccinated.

Given the significant threat to people in detention and prisons, it is incumbent upon governments to take all possible measures to reduce the risks to these groups, and most especially to Aboriginal and Torres Strait Islander people held in custody and prisons.

The NSW Government has a particular responsibility, given the spread of the highly infectious Delta variant across the state, reports Marie McInerney.

The New South Wales Government has been urged to use its special pandemic powers to release people from prisons who are most at risk of health complications from COVID.

Advocates warn that a COVID-19 outbreak in prison not only poses a grave risk to people who live and work in facilities but also to communities outside, with many prisons located in regional and rural communities with high Aboriginal and Torres Strait Islander populations.

Health and justice advocates say all Australian jurisdictions need to be more transparent about case numbers and locations, and about the rates of vaccinations of people in prison and detention.

Three new cases were reported in the Far West Local LHD region — one in Wilcannia and 2 in Broken Hill, but NSW Deputy Premier John Barilaro warned there were already another 15 cases in the region to be included in Tuesday’s numbers. 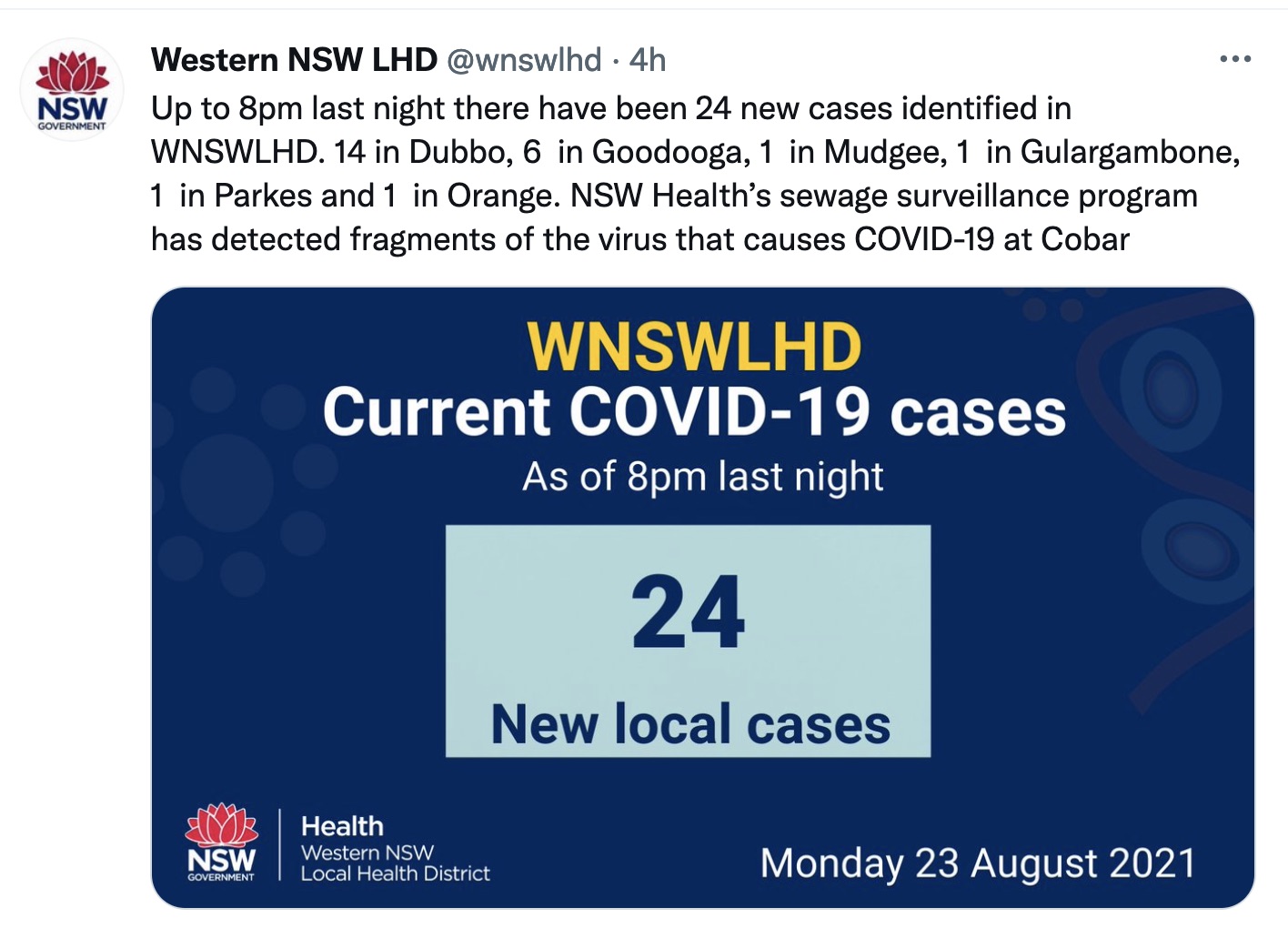 In response to queries from Croakey, NSW justice officials last week confirmed seven (including one staff member) COVID-19 cases in prisons and juvenile justice facilities, the highest number in a justice jurisdiction since the pandemic began, according to international advocacy group Human Rights Watch.

Advocates have raised concerns about the care of a man who was tested on entry to the Bathurst Correction Centre on 7 August but did not get his positive result until three days later, after he had been released on bail and returned home to Walgett, now one of the towns at high risk in the pandemic.

They question why he was held in custody in the first place and why a safe community-based safe option for isolation was not available until he received his test result. And they call for stronger action to protect the health of people leaving prison and to prevent “spillover” into regional communities.

In a statement last week, they have warned of the big risks of COVID-19 in prisons, seen particularly in devastating outbreaks in the United States last year, and say ongoing lockdown and “rigorous isolation measures” have contributed to significant tensions in prisons, where “people really are on a hair trigger”.

Prisons are a potential “super spreading environment – once it gets into the main population you’re in real trouble,” said Nicole Jess, president of the Public Service Association and chair of the Prison Officers Vocational Branch.

Health and justice advocates are also concerned about ongoing use of isolation and other tough restrictions to control outbreaks in prisons, which are limiting access to education resources, rehabilitation programs, and visits from loved ones.

They say they are harming mental health and are a particular risk to Aboriginal and Torres Strait Islander people who make up one in four of the NSW prison population.

“Governments must release Aboriginal people from prisons to prevent deaths in custody and the mental deterioration of people inside,” said Carly Stanley, CEO of the Deadly Connections group which supports people in prisons.

“When the message from the top is that police officers can ‘put community policing aside’ and won’t be held to account for getting it wrong, that just gives rogue officers free rein to harass members of our community,” said NSW/ACT ALS Deputy CEO Anthony Carter.

In a a Twitter thread last week, it raised a number of physical and mental health issues for people in prison in week, including that  — due to systemic discrimination and over-policing — one in every four people jailed by NSW and ACT authorities is Aboriginal.

“The bottom line is this: prisoners have the same rights to health and safety as the rest of us,” it said. “These rights are not being upheld when they are put at increased risk of COVID-19.

Where is the urgency and transparency?

“If there was ever going to be a time for the Corrective Services Commissioner to use the COVID release powers, it is in the midst of a spike in COVID numbers in the NSW community and rising COVID cases in prisons,” she told Croakey.

Anthony, a board member of Deadly Connections, also urged more transparency from justice agencies about health protections and vaccination rates, “given that there are over 13,000 people locked in overcrowded NSW prisons, and these rates have been climbing over the past year”.

In June, Croakey conducted a national survey of states and territories that revealed a worrying lack of urgency around the rollout of COVID vaccinations to prisons and juvenile justice facilities, despite dire warnings and multiple community outbreaks.

Last week we sought an update on the vaccination situation in NSW, submitting six questions on COVID-19 testing, vaccination and control measures to the NSW Justice Health and Forensic Mental Health Network, which is responsible for providing health care to adults and young people in a custodial setting within NSW.

None responded to the question on how many prisoners or prison staff have now been vaccinated but said, “to date, there are no known cases of COVID-19 transmission within the prison network by staff or inmate in 2020 or 2021”.

Justice and health advocates have been urging Australian governments for 18 months to dramatically cut the number of people held in prisons and other places of detention, which would be “potential disaster zones”, particularly for Aboriginal and Torres Strait Islander people, in any significant outbreak.

Advocates say some people have been released from prison or not sent to prison due to COVID-19 concerns by courts or parole boards, but a spokesperson  for the NSW Department of Communities and Justice confirmed that not a single person in NSW prisons has been released under the Corrective Services Commissioner’s special COVID powers.

“In response to the COVID-19 crisis the NSW Government passed laws in 2020 which would enable the release of certain inmates on parole should it be necessary because of the risk to public health or to the good order and security of correctional premises arising from the COVID-19 pandemic,” the spokesperson said in an email.

“To date, it has not been necessary to use this power.”

“These populations are so vulnerable, similar to aged care homes,” she told Croakey.

“These are places where people have underlying conditions and it’s very hard to stop spread when it gets inside, so we need much more transparency  about cases in prison and also vaccinations.”

In a statement this week, Deadly Connections said it is worried about the reliance on isolation practices in prisons rather than through reducing prison numbers and escalating testing and vaccination efforts.

It feared the current situation “will precipitate Aboriginal deaths in custody if immediate action is not taken by the NSW Government to release people from prison”.

Associate Professor Megan Williams, a public health expert and Wiradjuri researcher at the University of Sydney, criticised the use of solitary confinement “as an infection control measure”, and urged the government to “amend and use legislation to enable the release of prisoners to protect the health of those most at risk, especially First Nations people”.

Deadly Connections has also called for a stronger rollout of Pfizer vaccinations in prisons in NSW, saying AstraZeneca has been mainly on offer and been “declined by a large portion of the prison population due to medical concerns” around underlying health conditions and inadequate access to hospitals.

Justice advocates are calling for: 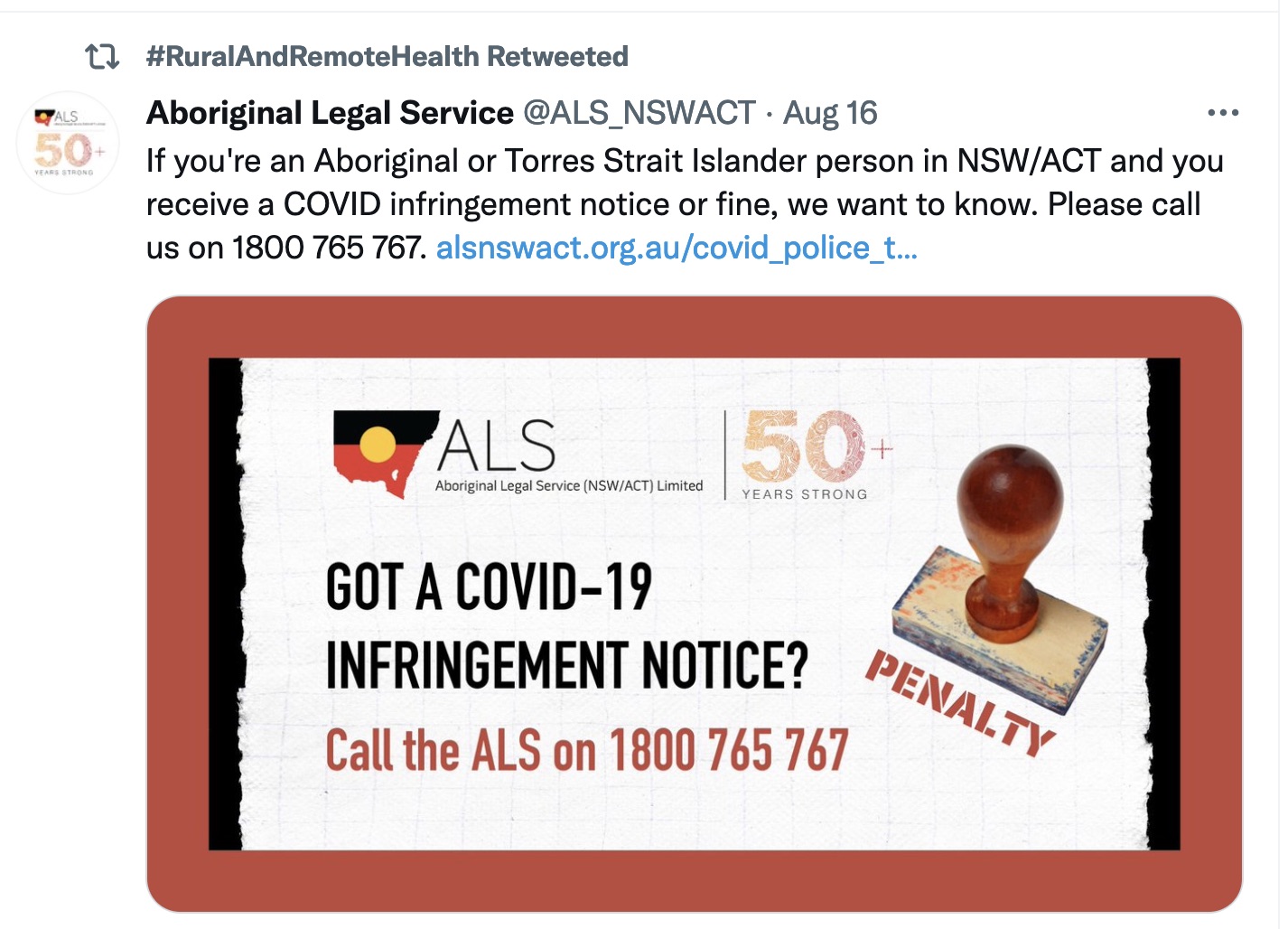