This must-read article is cross-posted with permission from the Australian and New Zealand Journal of Public Health.

By Boyd Swinburn and Michael Moore:

Society needs strong voices to promote public health and the integrity of policy-making processes. This is especially critical given the dominant paradigm of market-based solutions and the increasing conversion by transnational corporations of their economic power into political power. Nicky Hager‘s recent book Dirty Politics exposed an apparent systemic approach being used by the tobacco, alcohol and processed food industries in New Zealand to attack prominent public health advocates.[i]

Most of the book focused on the close links between right wing blogger, Cameron Slater, and the ruling National Party in orchestrating political attacks and character assassinations on Slater’s Whaleoil website. That same process was allegedly used by Katherine Rich, CEO of the New Zealand Food and Grocery Council, to denigrate public health advocates. Toxic blogs vilifying people such as Professor Doug Sellman, a distinguished alcohol and addiction expert from New Zealand’s National Addiction Centre, were posted on the Whaleoil website in Slater’s name.

In October 2014, Professor Mike Daube, Director of the Public Health Advocacy Institute of Western Australia and President of the Australian Council on Smoking and Health came under sustained attack with the use of exaggeration, distortion and fabrication deliberately targeting his credibility. The Slater-style attacks in this case, started with a sustained effort from a ‘shock jock’ on a commercial radio station and were then picked up by some mainstream media.

It seems the original Big Tobacco ‘handbook of dirty tricks’ to undermine public health has been widely adopted and enriched by other ‘disease vectors’, Big Alcohol and Big Junk Food.

NZ Health Minister, Tony Ryall, ignored all concerns raised by health groups about conflicts of interest when he appointed Rich to the Health Promotion Agency (HPA) in 2012. Ryall simply dismissed a letter from over 30 senior public health experts calling for an investigation into Rich’s role in undermining public health while on the HPA Board, following exposure by Hager of actual conflicts of interest.

There has been an escalation of government efforts to control public health information and messages. A 2006 survey of Australian public health academics documented 142 suppression events among 302 responding academics.[ii] The information suppressed was almost always unfavourable results, mainly in health services delivery and population health status. Methods of suppression included: blocking or delaying publication, sanitising reports, denying data access, and blocking funding. Academic freedom of speech struggles under the suppression blanket at a time when people like Slater are strategically pushing the messages of big business.

Civil servants are appropriately restricted in their day jobs from publically criticising their masters. However, this has spread to other sectors such as doctors in hospitals and scientists in government-funded research institutes. A New Zealand strategic plan for science, released in July 2014,[iii] proposed a ‘code of practice for public engagement’ for scientists, which has raised concerns that it will further inhibit scientists’ voices.[iv] Politicians on both sides of the Tasman have recently denigrated scientists when they exposed uncomfortable evidence on polluted waterways[v] and deaths from coalmine fire smoke. [vi]

The blanket is also heavily descending upon non-government organisations. The Queensland Government has added a clause restricting criticism by bodies receiving more than 50% of their funding from government.[vii] VicHealth and Healthways have been champions of public health advocacy for decades in Australia. But they are now at high risk of buckling to political pressures not to engage in or fund public health advocacy. The political mantra is that government money should not fund organisations to advocate back to it. In reality, it is taxpayers’ money funding the voices to advocate on the public’s behalf and better public policy results when these voices are supported.

The warning bells should be ringing for public health. Tactics from government and vested commercial interests range from subtle to brutal, from blogs to contracts, and from chill to denigration. They cannot go unnoticed and unchallenged.  They diminish the foundations of science, democracy and freedoms of speech that our society depends upon.

Voices and actions are needed from public health scientists and practitioners, including:

PostScript from Croakey: It is worth noting the overlap between the concerns raised in this article with those raised in recent statements by the Public Interest Journalism Foundation about the suppression of journalism (declaration, with which Melissa Sweet is involved). 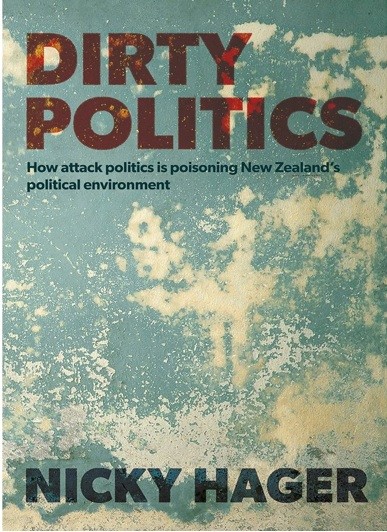 PrevPreviousThe Open Polar Sea: a creative call for climate action and musical tribute to the late Professor Tony McMichael
NextOn the many ways that federal policies are hitting Tasmanians’ healthNext