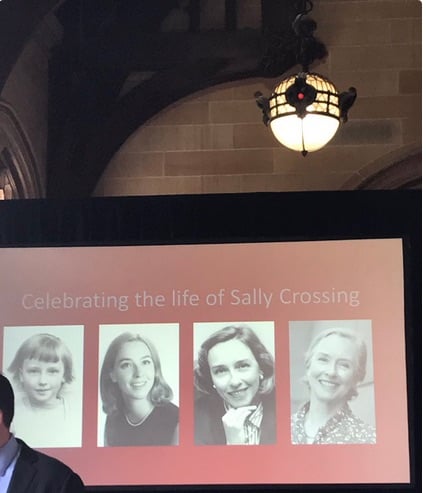 Sally Crossing AM, who died in December 2016, was a high profile, successful and passionate advocate who achieved major gains for health consumers during her lifetime and paved the way for the consumer health movement of today.

Her entry in the Encyclopaedia of Women and Leadership in Australia describes how after her own experience with breast cancer she established a breast cancer advocacy organisation in New South Wales – similar to the one already operating in Victoria.

After consulting women who had, or were, experiencing breast cancer, the group researched and compiled a directory of specialist services which was received with enormous enthusiasm.

Her experiences in breast cancer advocacy led Sally to realise that people with other cancers needed a voice, and in 2000 she was pivotal in the establishment of the Cancer Voices movement in Australia, leading Cancer Voices NSW for 8 years. She published A Decade of Success: Cancer Voices NSW 2000-2010 and was co-author of a number of peer reviewed articles in her specific areas of interest. 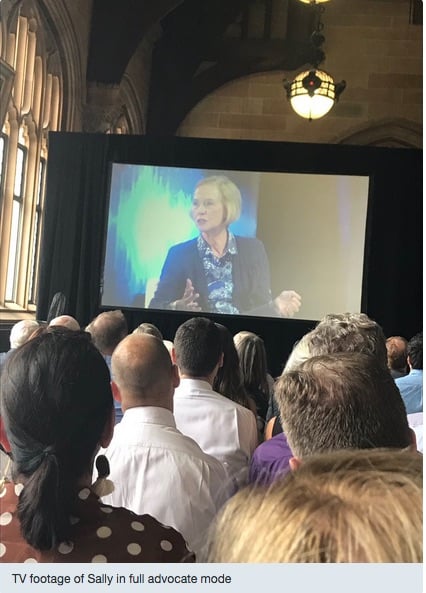 She was on the board of The Cancer Council NSW and the Consumers’ Health Forum of Australia and was appointed a Member of the Order of Australia for services to the community through health consumer advocacy.   She was also pivotal to establishing Health Consumers NSW.

In 2014 she was appointed to the Board of the Australian Commission on Safety and Quality in Health Care, and to the Faculty of Radiation Oncology Council. She also received an honorary doctorate from Sydney University.

A memorial service was held for her last week at the University of Sydney, attended by people from all sectors of the health system and many fellow consumer advocates. 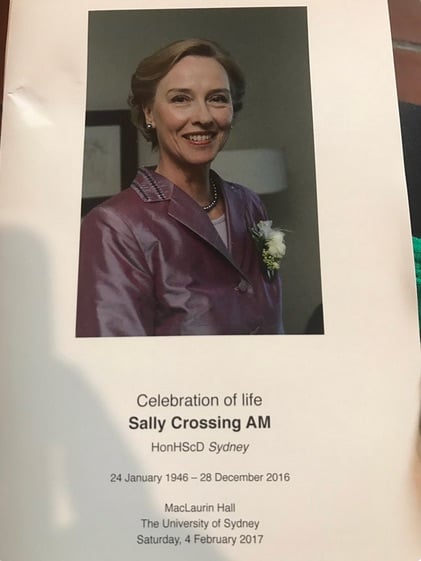 The influence and respect Sally commanded within the health sector is clear from the range of condolence statements made by individuals and groups about her life and work.  Here are some extracts and links to these statements and tweets:

Saddened at the passing of fmr Commission Board mbr Sally Crossing AM, valued colleague & advocate for Px rights through @CancerVoicesAu pic.twitter.com/2e76UcwlUA

“An inspiring and well respected advocate for people affected by cancer”

“A tireless advocate for better cancer management, more consumer involvement in treatments and more accountability of the medical profession”

Very sad to hear of the passing of Sally Crossing AM – an amazing tireless consumer advocate. Sally was a driving force for improving care.

“Dedicated to making positive changes for people affected by cancer”

“A remarkable woman who has left a lasting legacy”

“An inspiring tireless crusader and trailblazing pioneer for cancer advocacy.”