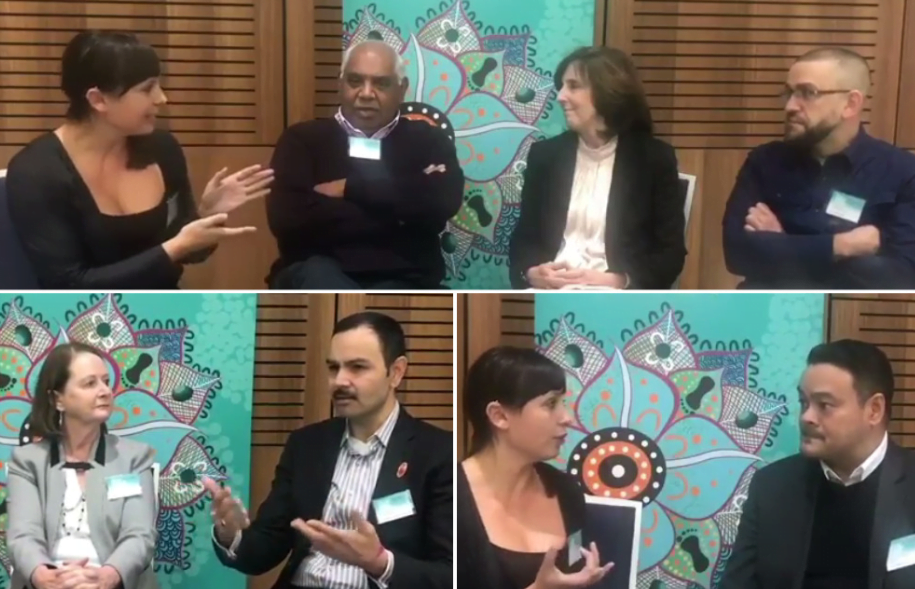 The 5th Aboriginal and Torres Strait Islander Health Summit featured big discussions from leading thinkers, policymakers and practitioners – on stage, on CroakeyTV and on Twitter – on how to reset Indigenous health.

In this final post in Croakey’s coverage from the one day biennial #IndigenousHealthSummit event in Sydney, you can watch a compilation of interviews with presenters and organisers by Croakey contributing editor Summer May Finlay, and check out graphic artwork depicting the discussions (by Devon Bunce from Digital Story Tellers), and some tweets and selfies that captured some themes and moments in the day.

What patients need out of the system for better health

Joining up the “too often fragmented” patient journey is a priority for Scott Monaghan, the Chair of the Aboriginal Health & Medical Research Council (which co-hosted the summit) and CEO of Bulgarr Ngaru Medical Aboriginal Corporation in northern New South Wales.

Speaking ahead of the summit’s opening session, Monaghan said he hoped it would prompt agencies and organisations to review their partnerships and operations, to assess and validate what works to create a seamless patient journey and to re-set what doesn’t, particularly where it can lead to a “them and us” approach between Aboriginal medical services and Local Health Districts.

Unconscious bias in the health sector and from patients too

What makes good health sector & what can no -Indigenous people do. Professor/surgeon Kelvin Kong

Ear, nose and throat surgeon Kelvin Kong talked about racism in the health system (“it doesn’t have to be overt”) and examples of stereotyping he has experienced, from other health staff (making assumptions around family violence) and from patients (about who their senior clinicians are likely to be, or not to be).

Kong also describes an encounter with a 9 year old Aboriginal boy which “covered off on a lot of themes” around better Indigenous health and health care.

A ‘much watch’ conversation with University of Tasmania Pro-Vice Chancellor (Aboriginal Research and Leadership) Professor Maggie Walter and University of Queensland researcher Dr Gregory Phillips on power, self-determination and voice, particularly amid the Federal Government’s refusal to engage on the Uluru Statement from the Heart.

It opens with Walter explaining why she won’t go on advisory committees anymore – “It’s become very very clear that rather than actually leading to any change, those things have become blockers of change, they’ve become an action in and of itself….so nothing else needs to be done”.

“Just like a married couple, you’ve got to talk”

What does it take to make a partnerhip work between Aboriginal & Non-Aboriginal work?

Darryl Wright, CEO of the Tharawal Aboriginal Corporation and Amanda Larkin and Nathan Jones from the South West Sydney Local Health District talk about the successful ingredients of a good #IndigenousHealth partnership. They include: trust, communication, long-term commitment, respect, delivery on promises, practical priorities, and much more – this is an important ‘how to’ example of working together. 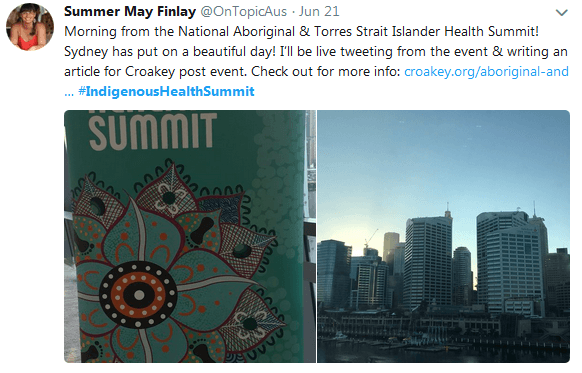 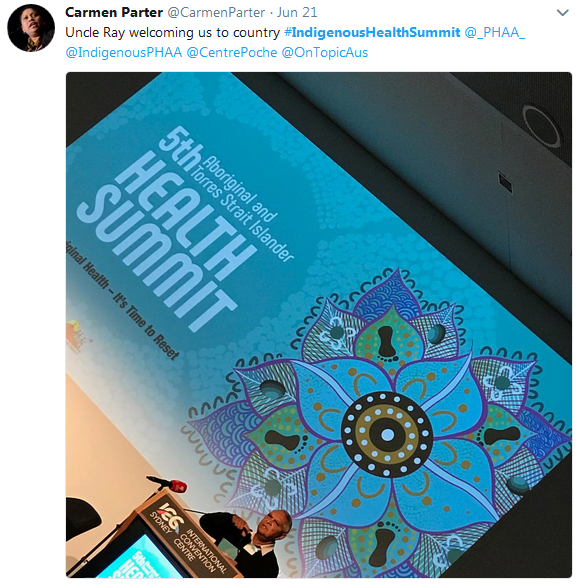 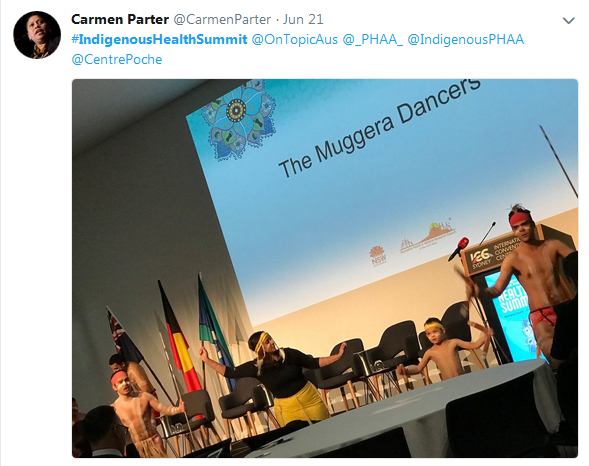 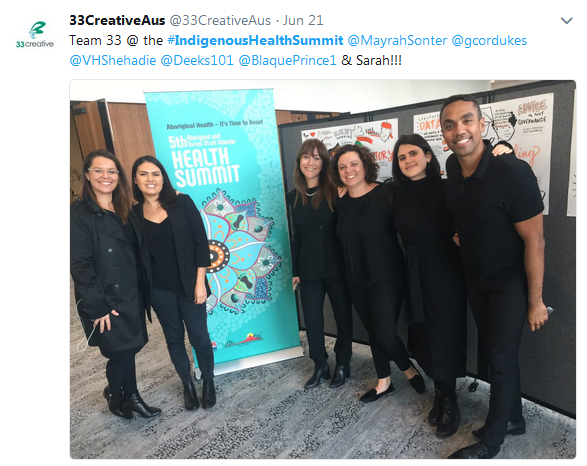 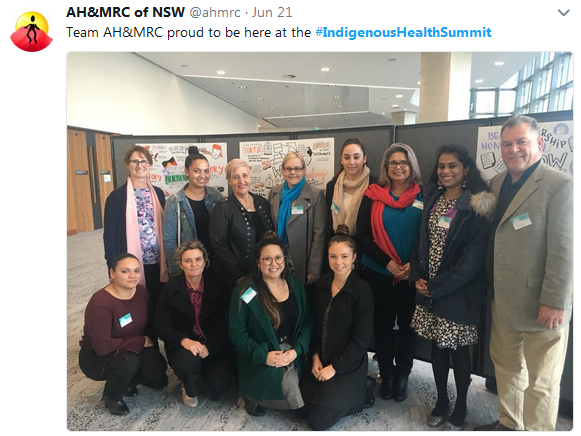 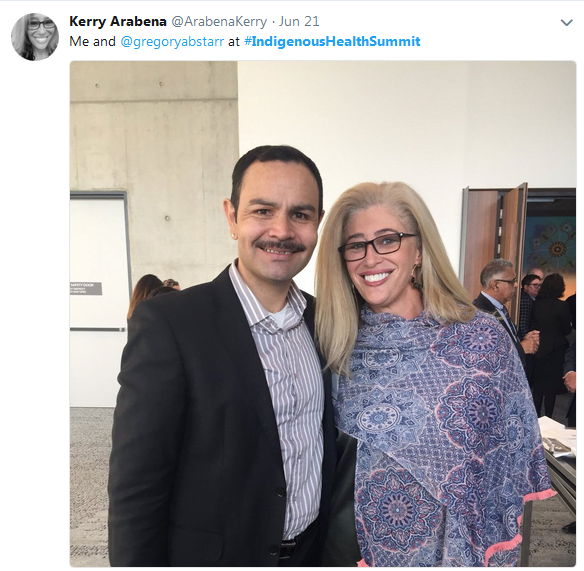 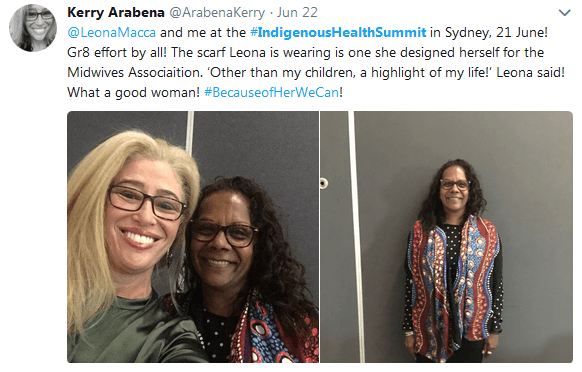 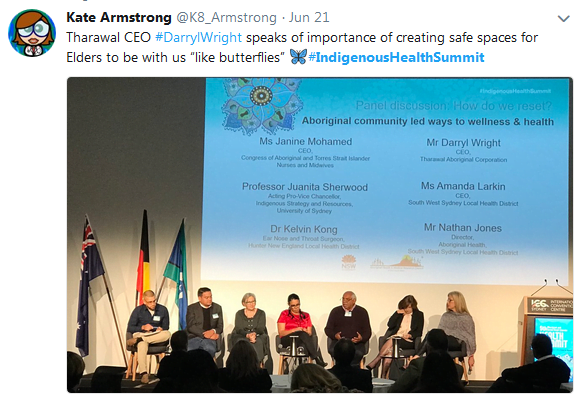 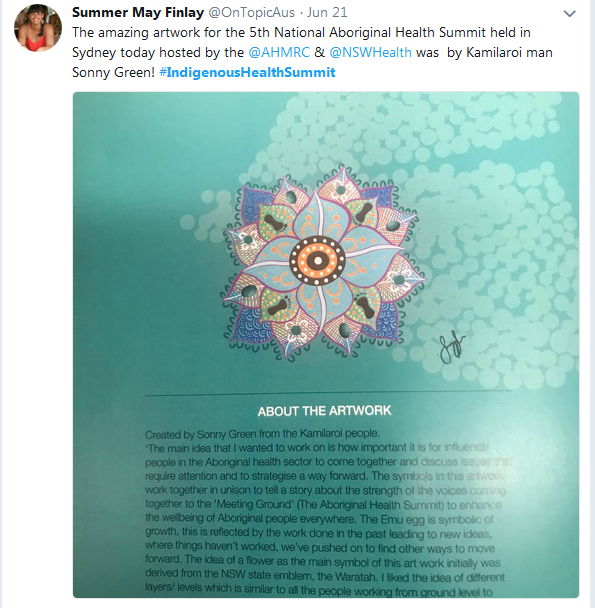 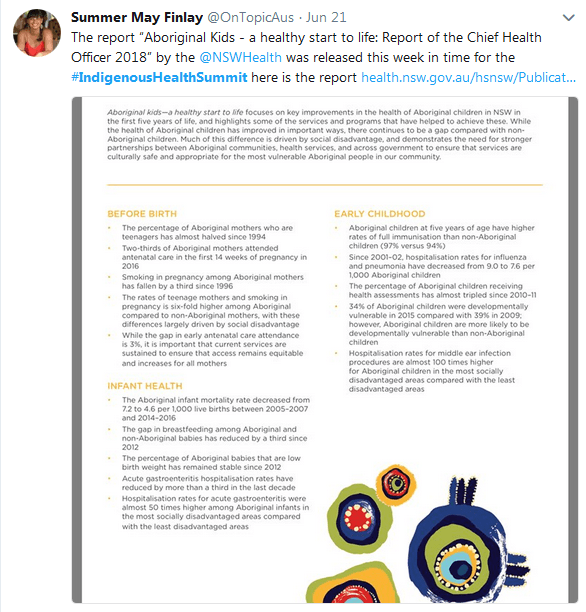 Graphic messages and some warnings 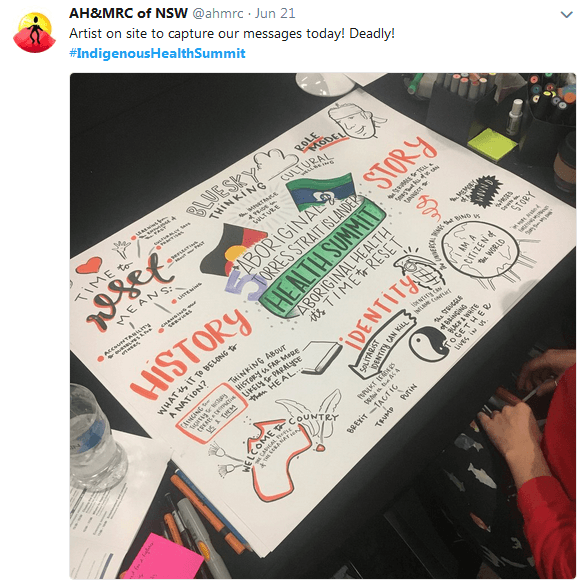 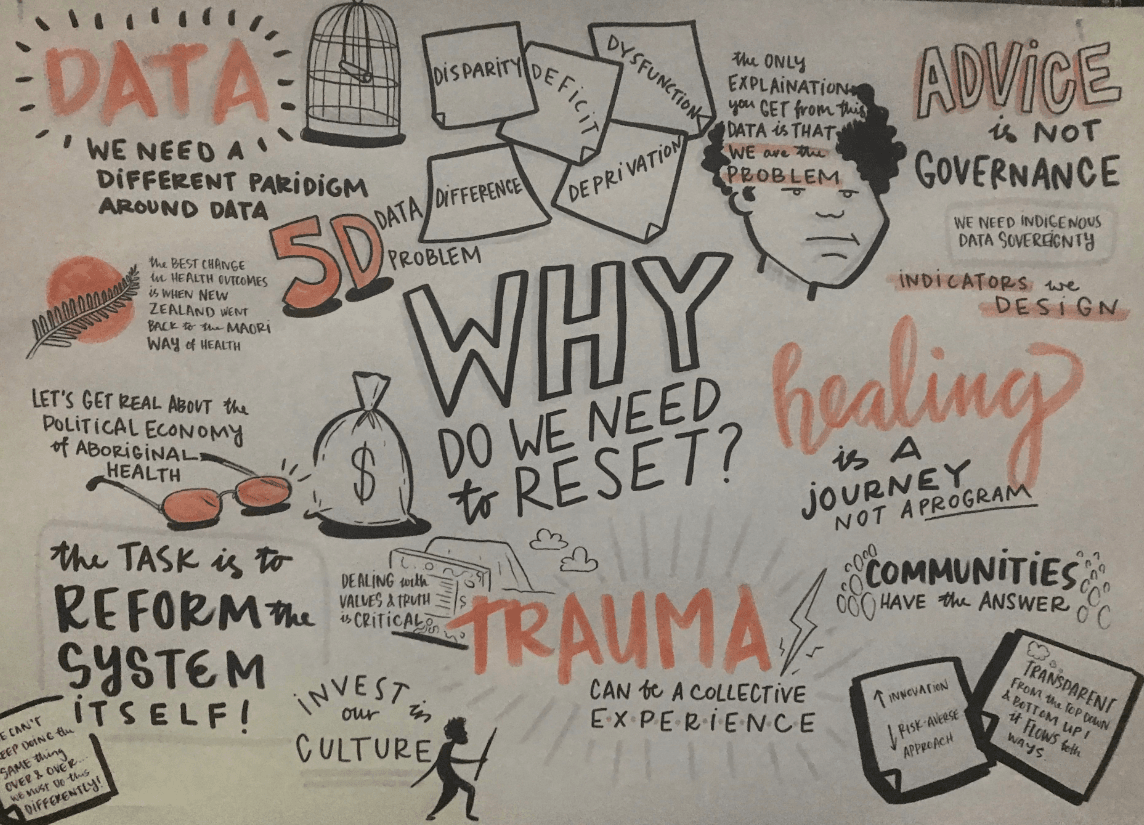 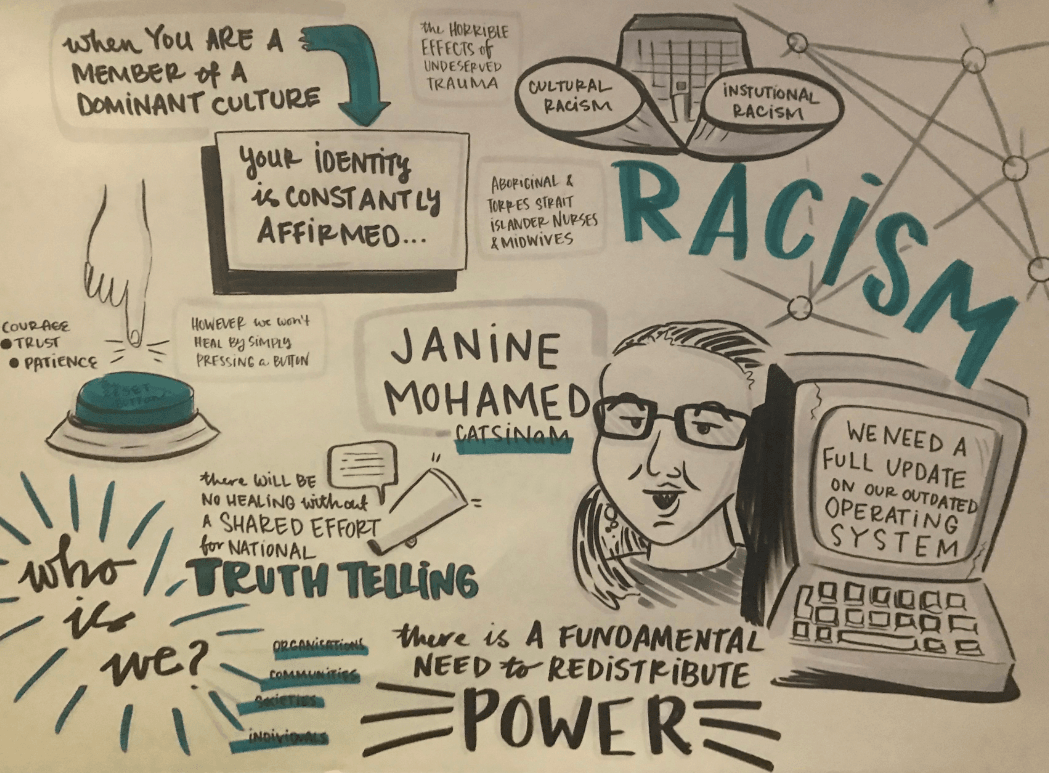 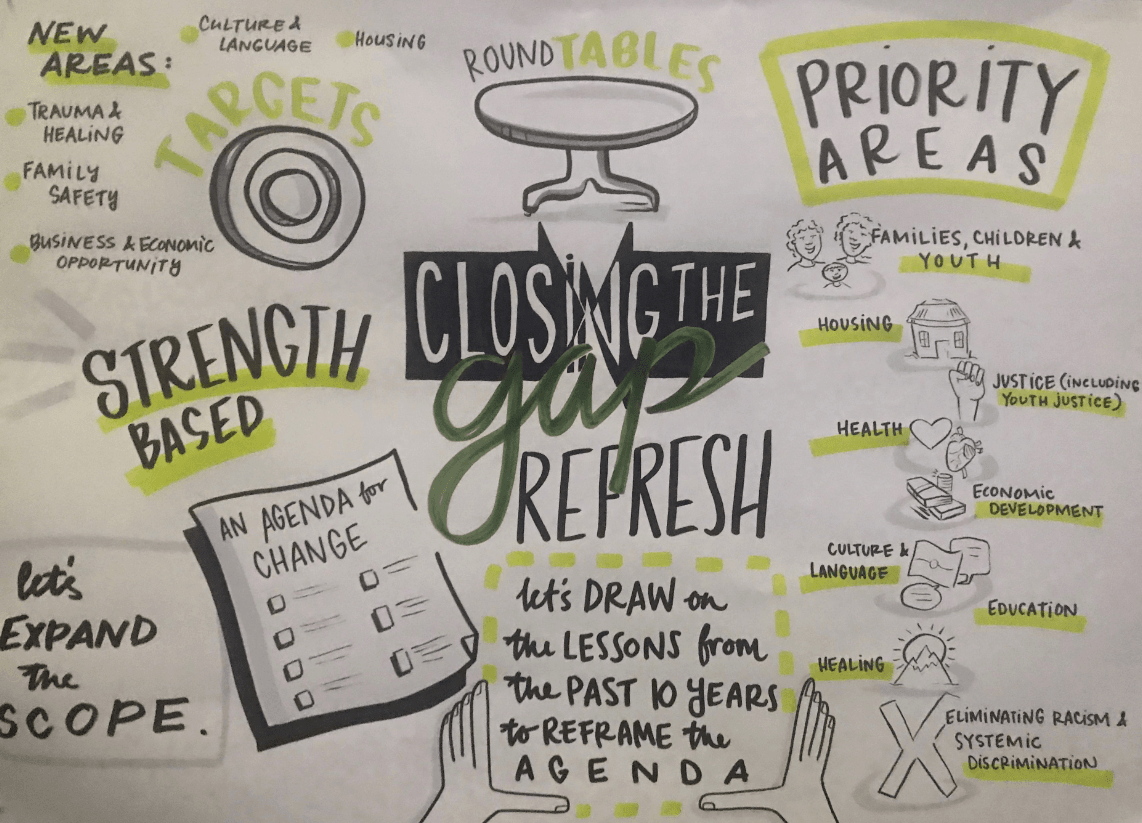 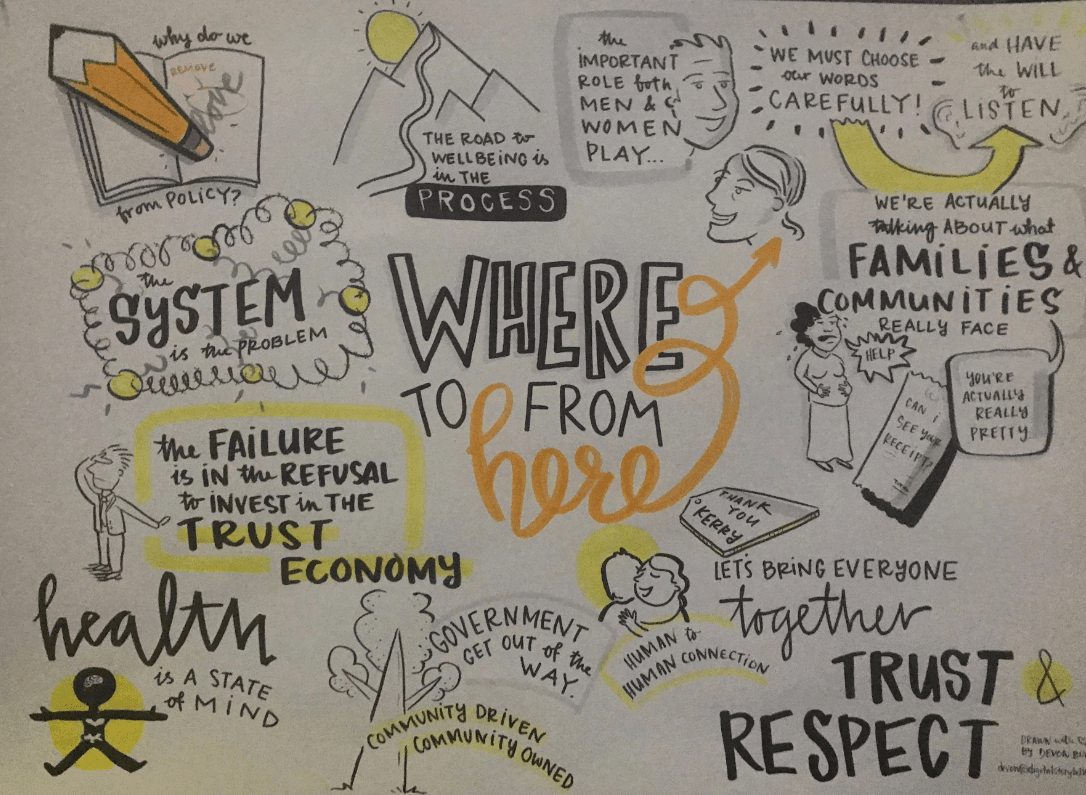 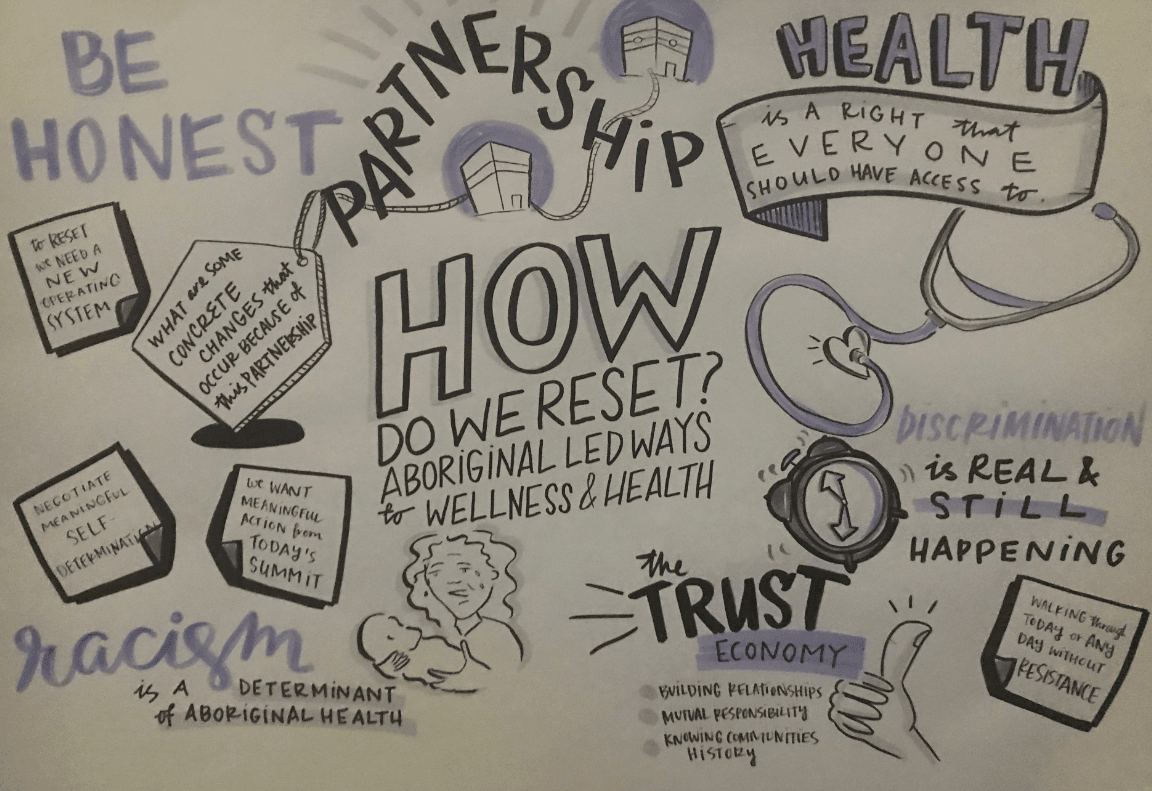 On the Closing the Gap Refresh 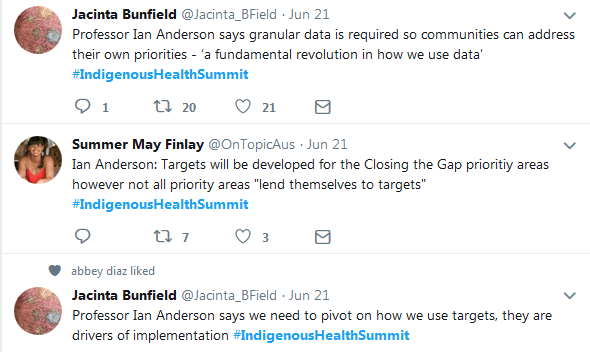 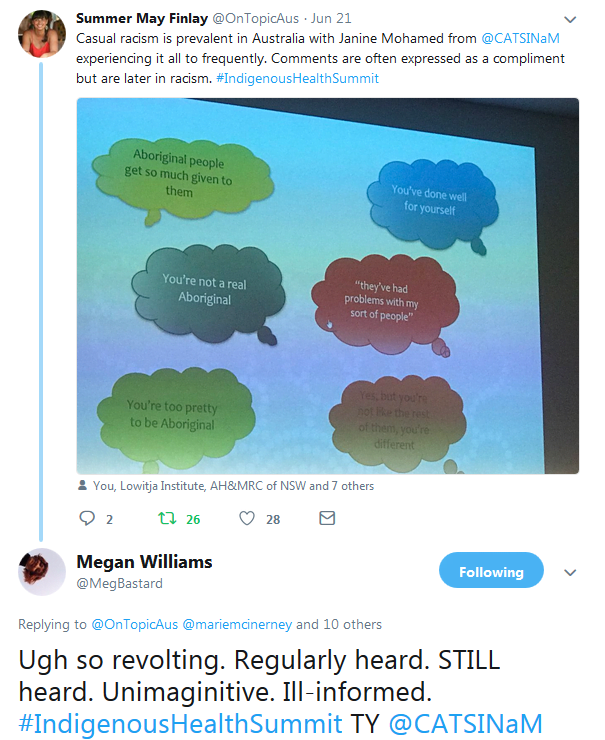 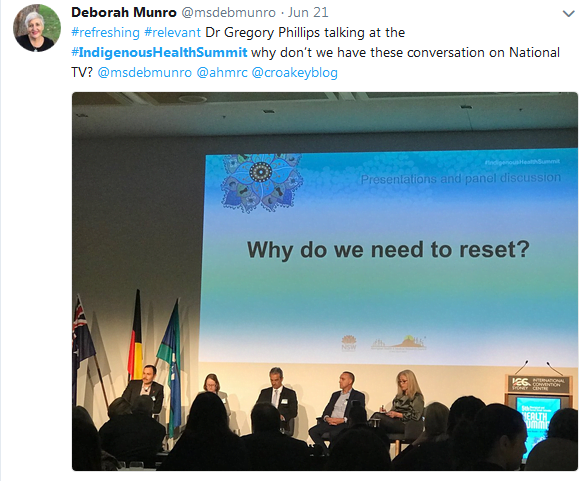 You can bookmark this link to follow Summer May Finlay’s coverage of the Summit.