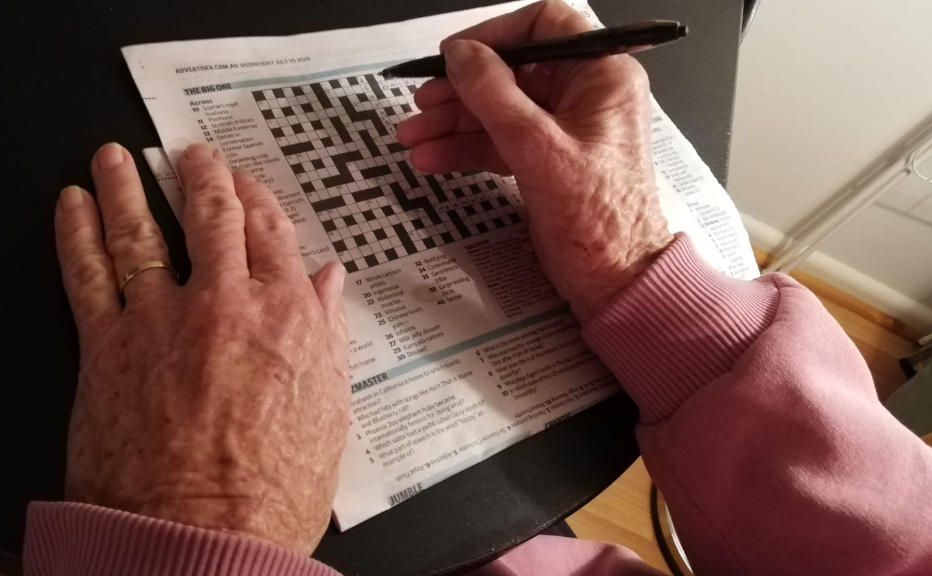 Grave concerns about the welfare of people in a system "not fit for purpose": Photo by Croakey

Introduction by Croakey: Victoria reached another grim coronavirus milestone on Wednesday, with a total of 92 deaths so far due to COVID-19 – more than the rest of Australia combined (84).

The state’s coronavirus toll has spiralled over the past week with 804 active COVID-19 cases across more than 80 of the state’s aged care facilities, including more than 80 cases each in three facilities in Melbourne’s north and north-west, and 49 deaths now reported amongst aged care residents, with many more expected.

As political journalist Michelle Grattan outlines below, in an article originally published on Tuesday at The Conversation, the crisis has shone light on deficiencies and failings in aged care – which is regulated by the Federal Government – that many have been warning about for decades.

The Federal Government has established a Victorian Aged Care Response Centre, announced a 450-plus “surge workforce”, and released five million face masks from the National Medical Stockpile for Victorian aged care providers. It has also set up a “process” for casual staff to work at a single site “to minimise COVID-19 spread”.

With growing concerns about risks to aged care in other states and territories (Queensland today locked down all aged-care facilities in the Metro South Health region as a precaution), the Royal Commission into Aged Care Quality and Safety announced it will hold a special hearing on responses by the aged care sector to COVID-19 from 10-13 August 2020.

It won’t focus on Victoria’s crisis to avoid distracting those working to address outbreaks and causing additional stress and distress for grieving families. It will look at how other aged care facilities responded, including Newmarch House in Sydney (where 19 residents died during a 65-day COVID-19 outbreak), and what more could have been done to support them.

The Royal Commission’s hearing will consider:

“These numbers are extremely serious, particularly as we are starting to see infections in rural areas, and in spikes in some LGAs,” said VACCHO CEO Jill Gallagher, adding that two-thirds of cases are female with more than half of cases in the 15-44 age group, “which shows that young people are not immune from this virus”.

And, in New South Wales, health authorities warned the state was on “a knife’s edge”,  recording 19 new cases in the latest 24 hour period.

Scott Morrison wasn’t going to be caught out twice. In Hawaii during the bushfires, the prime minister had hesitated before returning (slightly) early.

On Tuesday he wasn’t on holiday but starting a tour of several days in Queensland, where there’s a state election in a few months.

He aborted the trip on its first morning, announcing during a visit to a seafood business that he’d return to Canberra because of the COVID crisis in aged care in Victoria.

The funding and regulating of aged care is a federal responsibility, while responsibility for health rests with the states. What’s happening in Victoria involves both governments and tension has erupted.

During the pandemic federal, state and territory governments, joined in the national cabinet, have largely sought to avoid public blame games. They’ve bitten their tongues over their differences and frustrations, although there’s been private briefing to the media and some obvious signs of irritation.

But on Tuesday, blame was being assigned, in what might be described as passive aggressive displays.

Federal Health Minister Greg Hunt, on the other hand, highlighted the “massive breach of hotel quarantine” – that is, the Andrews government’s big lapse – that had led to widespread community transmission. “The greatest threat to any institution is a major community outbreak,” Hunt said.

He’s right. But the question is, could the federal government have done more to erect a firewall to protect the vulnerable people in these institutions which come under its regulation?

Last Friday acting federal chief medical officer Paul Kelly, appearing with Morrison at a news conference, rejected the suggestion aged care was an area of substantial failure in the pandemic.

“I wouldn’t say that it has been a failure up to now,” Kelly said.

“Certainly a large number of aged-care facilities have had either cases in staff or in residents in recent times in Victoria. … We certainly have had very rapid action wherever a case has been found.”

But Kelly did admit the situation was “a real concern”.

With growing community alarm, shocking reports in the media about conditions at facilities, and a clamour from frantic families, the federal government at the weekend announced a Victorian aged-care response centre to co-ordinate efforts, which was set up by Monday.

A large number of army personnel had already been dispatched to the state to deal with the general COVID outbreak, and they were pulled into the aged-care effort.

On Tuesday Hunt said the federal government would bring in an Australian Medical Assistance Team (AUSMAT). Such teams are sent to deal with crisis situations, such as a natural disaster – Hunt called them “the SAS of the medical world”. Hunt also promised more protective equipment for Victorian facilities.

A call was put out for health staff from interstate, particularly South Australia and NSW, and Morrison had talks on Tuesday evening about this mobilisation.

Meanwhile the Victorian government has paused non-urgent elective surgery, freeing up not just beds but staff to fill vacancies in nursing homes created by carers having COVID or isolating because they’ve been in contact with cases. Morrison reportedly was annoyed Andrews didn’t do this faster.

According to federal government figures, as of early Tuesday, there were about 70 residential aged-care facilities in Victoria associated with active cases, involving 433 residents and 339 staff. There have been 42 deaths of residents in the Victorian second wave.* (Croakey edit: see updated figures for Wednesday in the introduction above).

Andrews noted only five of the cases were in public aged-care facilities.

With both governments scrambling to contain the situation, it is hard not to conclude the federal government failed to follow the maxim it embraced so strongly in giving assistance to the economy: go early, go hard.

A low-paid workforce with people often taking shifts in multiple institutions always meant a high chance many staff would be infected, and workers without leave provisions would often be reluctant to stay at home if unwell, because they did not want to lose money or could not afford to.

Belatedly, there has been federal, state and Fair Work Commission action to address this lethal problem.

The federal messaging on masks was inexplicably slow, and there have been complaints about inadequate supplies of protective clothing for these institutions.

After the disaster of Sydney’s Newmarch House, with 19 deaths, everyone should have been on the highest alert.

The real issue, however, is that the aged-care system is simply not fit for purpose in normal times and so was inevitably destined to fail when under this sort of extreme pressure.

Hunt on Tuesday praised the care his late father received in a home. “I cannot imagine better care that my family and my father could have got.”

But Andrews said “I wouldn’t want my mum in some of these places”, an observation many distraught families will relate to.

The interim report of the Royal Commission into Aged Care, released late last year, was scathing, declaring older people and their families were left “isolated and powerless in this hidden-from-view system”.

COVID has provided a tragic real-time vindication of the commission’s observation.

Michelle Grattan is a Professorial Fellow, University of Canberra

PrevPreviousWhy women’s employment is a critical issue for pandemic recovery
NextCOVID-19 border closure: “making a crisis out of trying to contain one”Next