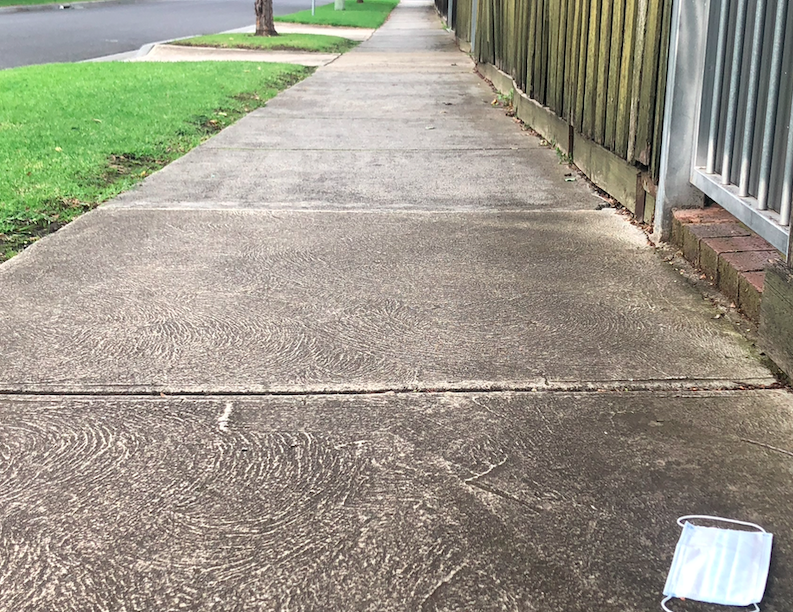 On the streets of a COVID-19 hotspot, household overcrowding and precarity are geographically clustered

Victorian Premier Daniel Andrews said police would actively enforce the Stage 3 lockdowns across the hotspot suburbs, using random “booze bus style” checks to ensure people were only leaving home for four acceptable reasons: work or school, for care or caregiving, for daily exercise, or to get food and other essentials.

Andrews said he has also set up a judicial inquiry after genomic testing indicated that “a number” of COVID-19 cases in Melbourne through late May and early June could be linked to an infection control breach in the hotel quarantine program for returning overseas travellers.

“Clearly there has been a failure in the operation of this program,” Andrews said, adding he had asked Prime Minister Scott Morrison to divert international flights away from Melbourne for the next two weeks while Victoria resets its mandatory hotel quarantine under the supervision of Corrections Victoria.

Andrews said the criteria established by the public health team to determine areas with high rates of transmission that required returning to earlier lockdown measures was:

STEP 2: Review all postcodes within this LGA

STEP 3: Identify priority suburbs with more than five cases AND rate greater than 20 per 100,000.

Victoria has also sought significant public health and logistic support from other jurisdictions, including 100 team leaders to help with a massive suburban testing blitz that has tested 93,000 people in community centres, shopping centres and at their own front doors over the past five days, as infection rates soared.

It is also being supported by 200 additional clinical staff to free up those running mass testing sites like the Melbourne Showgrounds, and  500 Commonwealth public servants to help with doorknocking.

In the article below, published on Monday at The Conversation, Professor Rebecca Bentley and Erika Martino write that, while chance and circumstance also play a role in the worrying batch of COVID-19 outbreaks in Melbourne, there are socio-spatial clues as to why they are occurring where they are.

They suggest that solving some of Melbourne’s housing problems might reduce the spread of COVID-19 now and in future outbreaks, and that public health officials should take housing-related vulnerabilities into account when assessing where in cities we are likely to see a spike in cases in future.

Croakey notes that the individual suburbs subject to the lockdown announced today vary somewhat from the original list of priority suburbs identified by the Victorian government earlier this week.

The outbreaks have sparked discussions about lockdowns and travel restrictions for people living in these parts of Melbourne and generated intensive suburb-specific testing.

The outbreaks have been attributed to family gatherings in homes and people failing to self-isolate, even after positive test results. This has occurred alongside possible breaches of infection control protocols in hotels accommodating people in quarantine – with security guards from major hotels having contracted the virus.

Read more: The housing boom propelled inequality, but a coronavirus housing bust will skyrocket it

While chance and circumstances converge to create outbreaks there are also some obvious factors related to where and how people live that impact their capacity to isolate.

As we potentially face a two year-long wait for vaccines (16 are in clinical evaluation internationally (with one being developed in Australia), we need to acknowledge the spatial concentration of these sites of vulnerability is not random. There are socio-spatial clues as to why we have had outbreaks in these locations.

First, the hotspots have some of the highest rates of housing precarity and financial hardship across Melbourne. People in overcrowded or unaffordable or insecure housing may have less control over their immediate environment and less capacity to isolate themselves than other community members.

Read more: Homelessness and overcrowding expose us all to coronavirus. Here’s what we can do to stop the spread

The recent Melbourne outbreaks have occurred largely in areas with:

While housing security seems like an obvious problem to fix, it remains a long-standing, difficult issue for governments to tackle. Going into the COVID-19 pandemic, Australia exhibited high rates of homelessness and spiralling housing costs.

Many people in Melbourne and Sydney live in overcrowded or inadequate forms of housing as a result of what has become known as our “housing affordability crisis”. Alongside this, the numbers of people who require emergency accommodation far outstrip our cities’ capacity to house them on a medium- to long-term basis.

Second, people without savings may be compelled to go to work despite feeling unwell. They need to meet their weekly housing costs and don’t have savings enough to go two weeks (or longer) without income. This can occur even if people have negotiated reduced rent with their landlords.

Where housing and COVID-19 collide

When one considers these housing and financial factors from the perspective of COVID-19 suppression, their geographical clustering should not be disregarded. The areas in Melbourne with high rates of household overcrowding, homelessness, housing affordability stress and (related to this) financial hardship (often measured using people’s self-reported capacity to access funds in an emergency) map closely to areas where there are now high numbers of COVID-19 cases.

Read more: If Australia really wants to tackle mental health after coronavirus, we must take action on homelessness

Using publicly available data, we created a simple index describing capacity isolate based on the above four characteristics. We created maps of Greater Melbourne to examine the relationship between current COVID-19 cases and these housing and financial vulnerability factors. Our index shows Hallam, Sunshine West, Albanvale, Broadmeadows, Falkner, Reservoir and Maidstone are all in the top two quintiles.

Over the last decade, Melbourne has seen itself become more spatially segregated. And household overcrowding and precarity are geographically clustered.

Acknowledging correlation is not causation, these findings suggest solving some of Melbourne’s housing problems might reduce the spread of COVID-19 now and in future outbreaks as we await a vaccine.

Taking this further, when assessing where in cities we are likely to see a spike in cases in the future, we should take housing-related vulnerabilities into account alongside other factors.

While steps have been taken by the Victorian government to address some of the issues we have flagged, such as the one-off payment of up to A$2,000 for eligible renters who are unable to afford rent, and the A$1,500 payment to people who test positive and have no leave cover, more could be done in the medium to long term to reduce the risk of overcrowding, housing related financial stress and precarious forms of housing (that lead to homelessness) across the city.

The past months of COVID-19 restrictions have highlighted how critical housing and financial security are to our health and well-being at both an individual and population level. The Victorian Council of Social Service has noted disasters can be “profoundly discriminatory” in where they occur, and in their impacts.

Successful COVID-19 suppression requires safe and equitable cities and addressing housing vulnerability is one of the many challenges we must take up.

Erika Martino is a Research Fellow, University of Melbourne.