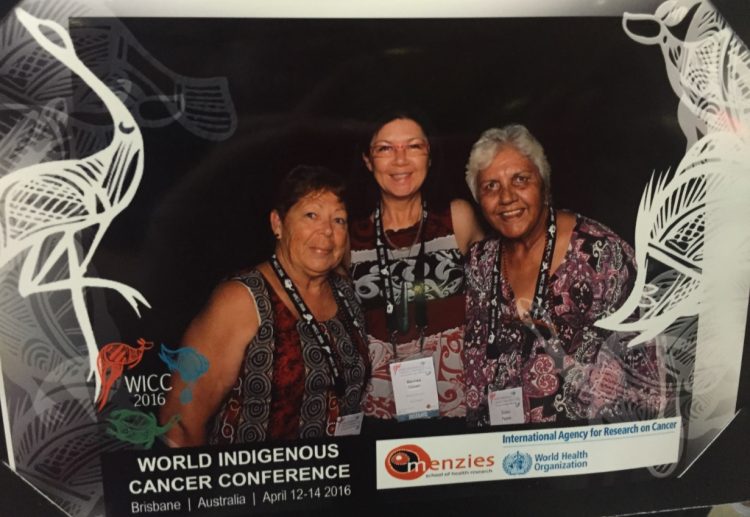 Watch some interviews and stories from the World Indigenous Cancer Conference

As well as reading Croakey’s coverage of the World Indigenous Cancer Conference, you can watch several interviews via the Periscope app with keynote speakers and other presenters and participants at the inaugural event in Brisbane last week.

They are all available at Croakey TV – or watch them below.

You can also listen to more #WICC2016 stories here from @Indigistream – check them out: http://indigistream.com.au/

Menzies School of Health Research researcher Lisa Whop talks about her landmark study which mapped, for the first time, low rates of screening of Indigenous women for cervical cancer and showed they had not improved at all over the 25 years of the National Cervical Screening Program (NCSP) which has delivered significant health benefits to non_Indigenous women.

Whop won a key research award at the conference for her study. As this Croakey story details, her findings raise big questions around how the new cervical cancer screening program, to be rolled out across Australia from May 2017, will address historic failures to engage with Indigenous women?

Before the conference proper, Harvard Public School Professor David Williams delivered a four hour intensive workshop on the impact of race and racism on Indigenous health. Providing important context for discussions about the recent experience of Indigenous Australian musician Gurrumul Yunupingu, he talks here too about the role of both implicit bias and institutional racism in ongoing inequities in prevention, diagnosis, treatment and prognosis in cancer and other serious illnesses. His opening plenary address talked about the intergenerational health impacts, “biological weathering”. of the constant adversity raced in everyday life by minority groups, including Indigenous peoples.

Native American Cancer Research director Dr Linda Burhansstipanov talks about the Native Sisters program which navigates a complex health system for Native American communities in cancer care. See the conference story too about the work and its promise for meeting unmet needs in other Indigenous communities.

The Yarning Circle was a big hit at the conference, providing a space for Indigenous peoples from around the world to tell their stories, as health workers, researchers, and survivors of cancer.

Susan Forrester from the Victorian Aboriginal Community Controlled Health Organisation (VACCHO) talks here about the history of Yarning Circles at recent conferences and why they work so well.

Another keynote speaker, Professor Tom Calma talks here about the success and challenges of the Tackling Indigenous Smoking initiative, which has seen significant success over the years but will, he said, fail to meet its target to have halved Indigenous smoking by 2018 because of “stop start” government policies that cut $30 million from its work in recent years.

BreastScreenWA’s mobile screening unit travels through remote Western Australian and has been boosting screening rates in remote Indigenous communities. Leanne Pilkington talks about the issues and challenges involved, and what works. 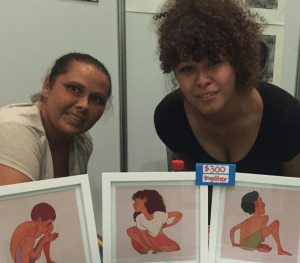 Art and music were a big focus at the conference, both in research presented about the role of both in therapy (particularly for cancer survivors – including for legendary Indigenous Australian singer songwriter Archie Roach) and also as a celebration. Delegates got to see the Aboriginal dance group Nunukul Yuggera and the Malu Kiai Mura Buai dancers from the Torres Strait, as well as Archie Roach, performer, composer and didgeridoo star William Barton and his mum, “Dreamtime Opera Diva”, Aunty Delmae Barton.

The feature image on this post is from one of the postcards made by delegates at the conference.