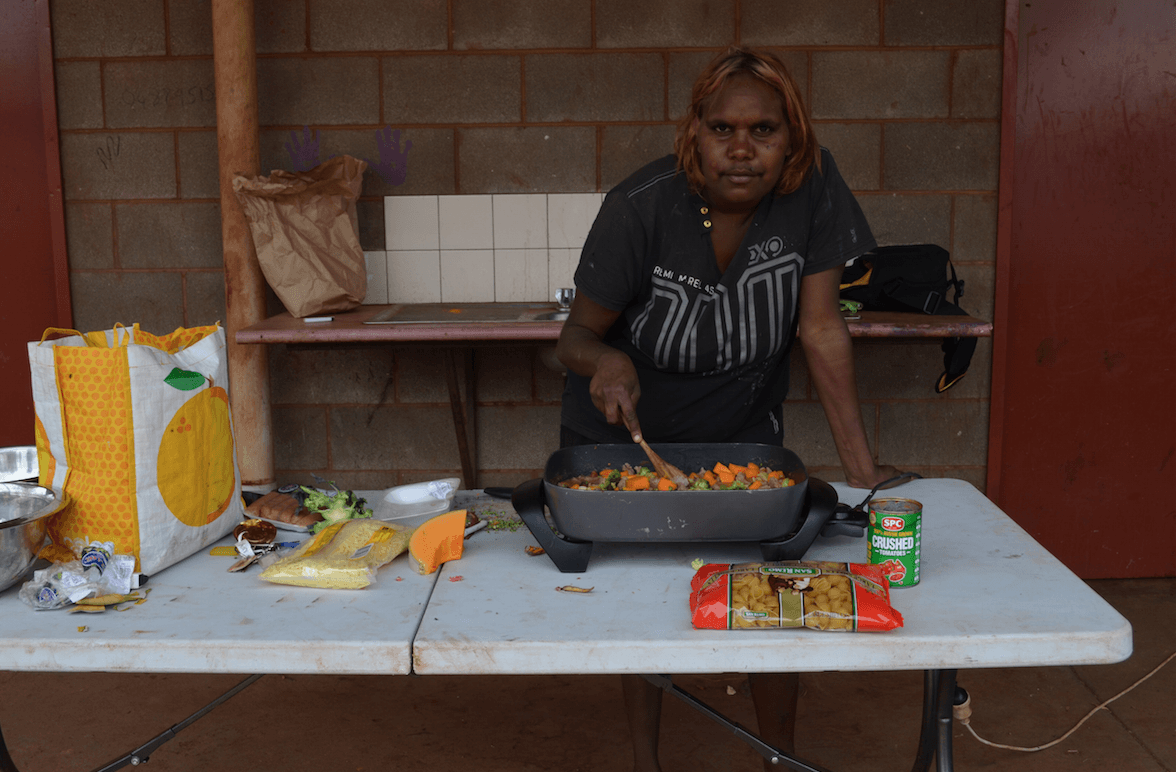 We can close the Indigenous nutrition gap – here’s how

After years of neglect and a notable absence in last week’s Closing the Gap report, nutrition is finally being recognised as integral to closing the gap on Indigenous disadvantage.

This belated realisation is puzzling, given poor diet is a major cause of type 2 diabetes, heart disease, kidney disease and some cancers. Nutrition is particularly poor in Aboriginal and Torres Strait Islander communities, where it is estimated that at least 19% of the burden of disease is due to poor diet; much more than due to smoking.

Unhealthy discretionary (“junk”) foods that are high in salt, fat or sugar make up more than 41% of the energy intake of Aboriginal and Torres Strait Islanders in Australia.

On top of this, more than 20% of Aboriginal and Torres Strait Islanders report running out of food during the last 12 months and not being able to afford to buy more.

One of the rejected Close the Gap equity targets was that, by 2018, 90% of Indigenous families could access a healthy food basket for less than 25% of their income. But healthy foods can still cost double this.

Improving nutrition can be complex, but the people of Minjilang in Arnhem Land showed in the early 1990s that rapid, marked and sustained health improvements are possible. In just 12 months, the community achieved a reduction in LDL (bad) cholesterol levels (12%), lowered blood pressure (8%), improved vitamin levels, weight and diabetes.

The main reason for success was that the multi-strategy Survival Tucker program was directed by the community.

However, these positive results have not been widely replicated.

The National Aboriginal and Torres Strait Islander Nutrition Strategy and Action Plan 2000-2010 provided a framework to address both food supply and demand. But while evaluation showed some promising results, particularly in workforce development, implementation was poorly resourced and patchy.

In 2009, the Council of Australian Governments developed the National Strategy for Food Security in Remote Indigenous Communities. Again, a subsequent audit found that resourcing had been poor, so few outcomes were achieved.

Since 2010, there has been a nutrition policy vacuum in Australia. Aboriginal and Torres Strait Islander communities and health services persevere, but efforts tend to be opportunistic, fractured and ad hoc due to lack of resources, support and coordination.

Current projects mainly focus on nutrition education of children and school-based activities including gardening. Healthy lifestyle workers were involved in some of these activities but are being phased out.

Remote community store groups such as Arnhem Land Progress Association and Retail Stores in Queensland, have confirmed the benefits of store nutrition policies.

Outback Stores was established by the Commonwealth government in 2006 to improve diet in remote communities. This publicly funded venture provides little transparency around nutrition data, but last week admitted to selling 1.1 million litres of sugar-sweetened soft drink per year in its 36 stores.

Most recent nutrition research efforts focus on cutting high sugar intakes or increasing the intake of fruit and vegetables. But while these seem like obvious targets, it’s not that simple.

Our recent study describes efforts to improve nutrition over the past 30 years in Central Australian communities now serviced by Mai Wiru Regional Stores Council. It shows that some improvements have been made: decreasing sugar (from 30% to 22% of energy intake), increasing availability and affordability of fruit and vegetables leading to a doubling of consumption, and consequent improvement in some nutrient intakes.

However, the overall effect has been a decrease in total diet quality. “Junk” food’s contribution to the average energy intake increased by 3%, with locals consuming more sugar-sweetened soft drinks, convenience meals such as microwavable pizzas and unhealthy take-away foods.

During this time, Mai Wiru also lost funding for its nutritionist.

These results confirm that Aboriginal communities can exert control over some aspects of their food supply. But overall, concerted action and more resources are required to help communities tackle the broader impacts of the current Australian food system on our health.

A major barrier is that community stores are seen as small businesses rather than as essential services and are subject to commercial pressures to sell cheap, unhealthy food at high profit margins.

One worrying recent example is the advent of private-enterprise bakeries in Northern Territory communities. These are promoted as providing local employment opportunities and solutions to food insecurity but mainly sell unhealthy options.

What more needs to be done?

Reforms must include structural and regulatory changes to improve availability, affordability, accessibility and promotion of healthy food. Increased community capacity to prepare, cook and store healthy foods is also essential, for example, by improving housing.

Evidence-based economic interventions such as freight-subsidies, cross-subsidisation of healthy food and “fat taxes” need to be trialled.

Effective primary care strategies such as targeted family support, “well person’s health checks”, breastfeeding promotion and infant growth assessment and action programs are ready and waiting for funding to be implemented and expanded.

Above all, to improve Aboriginal and Torres Strait Islander nutrition and health we need real community consultation, improved public governance and political will.

Amanda Lee is Professor, School of Public Health and Social Work and the School of Exercise and Nutrition Sciences at Queensland University of Technology.

PrevPreviousCognitive impairment – a new hospital campaign
NextIn the crosshair of bombs and missiles: MSF report on healthcare in SyriaNext