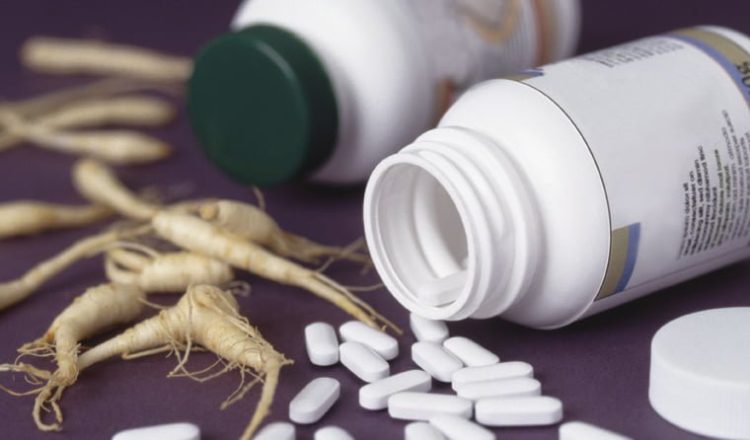 We can now ‘moisten dryness in the triple burner’: here’s why we shouldn’t celebrate

Despite concerted campaigning by health experts, who won some concessions in the  Senate, the Australian Government has failed to address concerns that the Therapeutic Goods Amendment (2017 Measures No. 1) Bill that was passed this week has given a green light to pseudo-science.

While some elements of the legislation are heartily welcomed, public health critics – led by  Dr Ken Harvey, from the School of Public Health & Preventative Medicine at Monash University and Professor John Braithwaite, from the School of Regulation and Global Governance at Australian National University – have some significant concerns.

They include that the new legislation:

Queensland GP Dr Edwin Kruys agrees, writing with concern at his Doctor’s Bag health blog that the TGA’s new list of permitted indications will now include claims such as ‘expel damp-heat in the bladder’, ‘moisten intestines’ and ‘cool blood heat’.

“Quick, I need something to ‘cool my blood heat’ and ‘strengthen my nerves’,” he writes.

Croakey thanks them both for permission to republish their posts here.

See also below for related tweets.

And you can read Croakey’s recent mini series on the legislation, written by Dr Ken Harvey and a number of his students: https://croakey.org/forum-calls-for-greater-protection-on-misleading-pseudo-scientific-claims-from-complementary-medicines/

Here’s a link to the Hansard record of Senate discussions, including efforts by the Greens to put amendments to the legislation to address concerns about the advertising and regulation of herbal, traditional and homeopathic medicines (including an interesting effort by Senator David Leyonhjelm to take “a first step towards removing the ban on e-cigarettes”).

Thank God, Australia is now licensed to ‘moisten intestines’ and ‘replenish the gates of vitality’

A while back I spoke with a politician who was very cross about the decision by the Therapeutic Goods Administration (TGA) to make codeine products no longer available without prescription. When I asked why, the answer was, “Codeine is great for jet lag, especially with a Scotch.”

Clearly there was some confusion here about the indication of (the painkiller) codeine, which can cause serious side effects, especially in combination with other drugs and alcohol.

And, just to be clear, codeine is not indicated for jet lag.

Dryness in the triple burner

Unfortunately the Australian Government has just muddied the water by passing two bills in the Senate that allow manufacturers of vitamins, supplements and herbal complementary medicines to use a range of odd claims, such as ‘expel damp-heat in the bladder’, ‘moisten intestines’ and ‘cool blood heat’.

I have no idea what this means. The TGA’s new list of permitted indications is not based on scientific evidence.

RACGP President Bastian Seidel expressed concern about many of the indications. He said: “(…) phrases such as ‘moistens dryness in the triple burner’, ‘replenishes gate of vitality’ and ‘softens hardness’ have no place in any genuine healthcare situation. These types of claims are extremely misleading and could lead to significant harm for patients.”

Not surprisingly, the new process has been warmly welcomed by Complementary Medicines Australia (CMA), representing stakeholders in the complementary healthcare industry and the Australian Self Medication Industry (ASMI), the peak body for the non-prescription medicine industry.

The Australian complementary medicines sector has grown rapidly in recent years – and manufacturers have just received a pat on the back from the Senate. Unfortunately, many Australian health consumers will be just as confused as doctors about the odd claims. Or worse, some may believe them.

Quick, I need something to ‘cool my blood heat’ and ‘strengthen my nerves’.

Unfounded and unscientific claims have no place in legitimate healthcare

News that the Senate has approved the Therapeutic Goods Administration’s (TGA) list of ‘permitted indications’ for complementary medicines makes a mockery of reputable, evidence-based medicine.

As I wrote last week, phrases such as ‘moistens dryness in the triple burner’, ‘replenishes gate of vitality’ and ‘softens hardness’ have no place in any genuine healthcare situation. These types of claims are extremely misleading and could lead to significant harm for patients.

The list of permitted indications is supposed to ensure producers of vitamins and herbal medicines make only government-approved health claims. The passing of the Therapeutic Goods Amendment (2017 Measures No. 1) Bill 2017 and Therapeutic Goods (Charges) Amendment Bill 2017 – allowing companies to claim a product can, for example, ‘replenish essence’ – is nothing short of a tacit endorsement of pseudoscience.

With the passing of this bill, it is more important than ever that the TGA heed the RACGP’s calls for mandatory disclaimers on all traditional complementary medicines, making it explicit that they are ‘not accepted by most modern medical experts’ and ‘there is no good scientific evidence that this product works’.

The Earth is not flat and, in the year 2018, snake oils that ‘soothe liver Qi’ are not a substitute for real medicine. 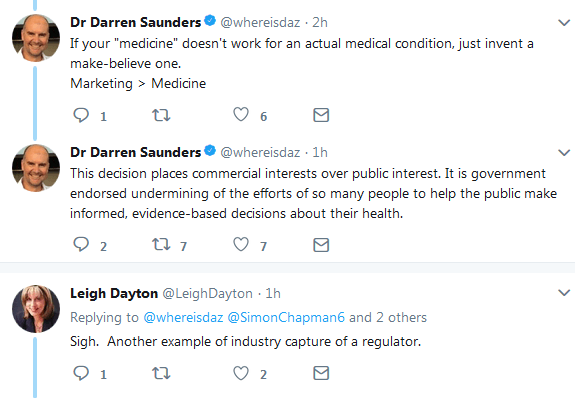 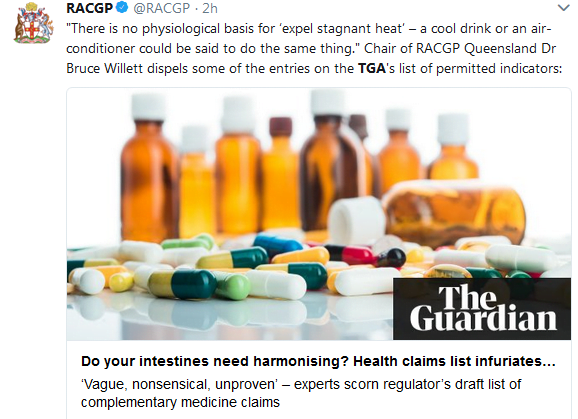 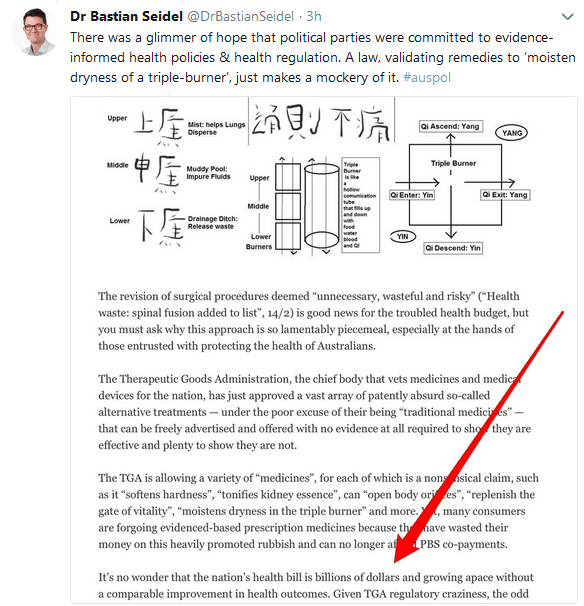 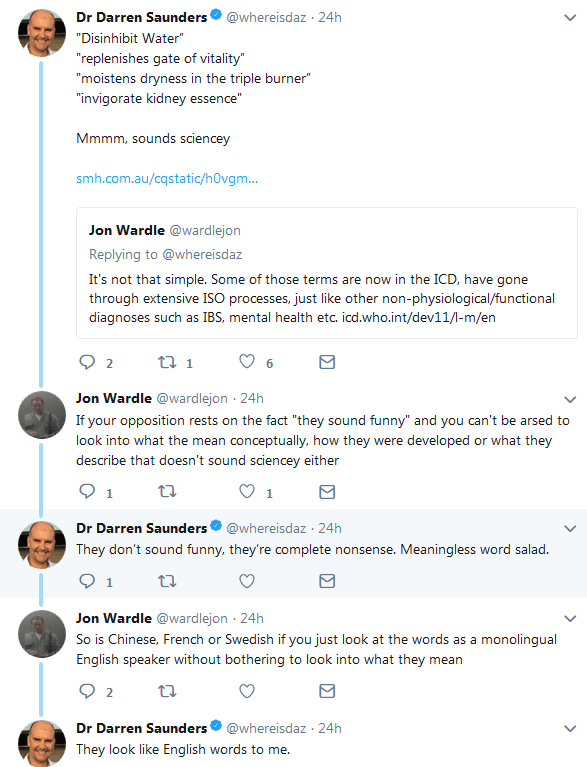 From Dr Jon Wardle (also in discussion above), Senior Lecturer at the Faculty of Health at UTS, and Core Member, Australian Research Centre in Complementary and Integrative Medicine (ARCCIM). 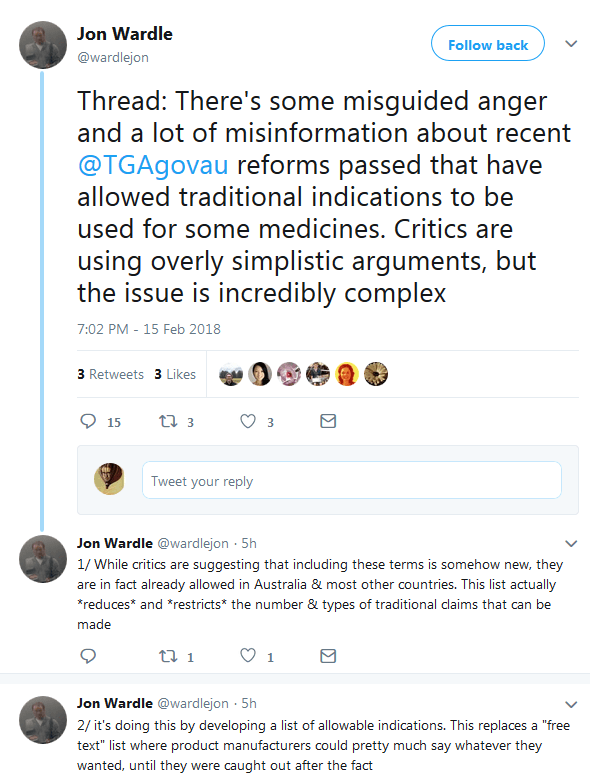 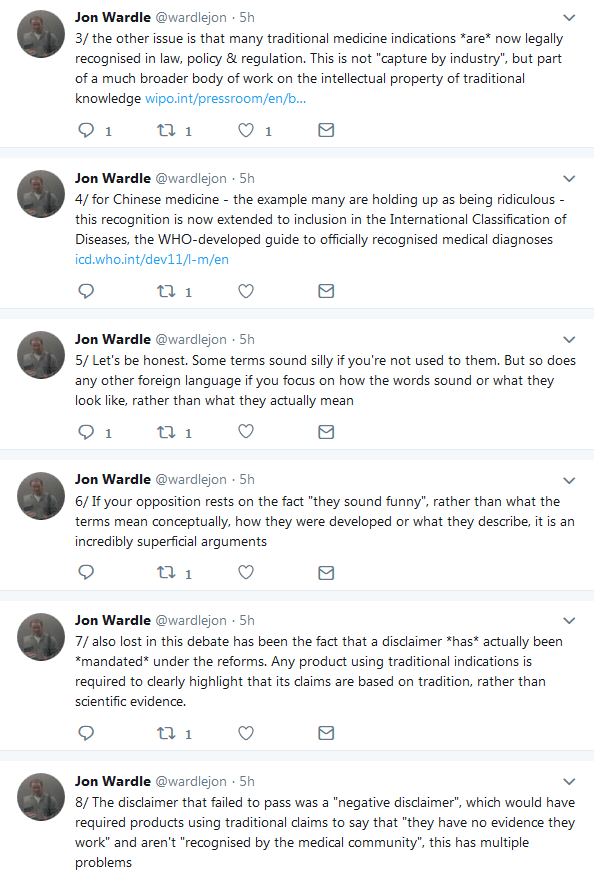 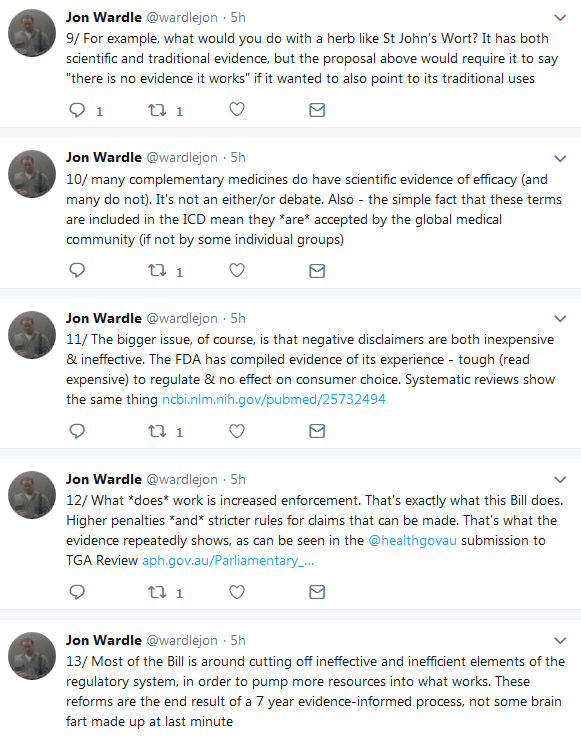 PrevPreviousWhere now for health journalism at such a challenging time? Join us in building #CroakeyFutures…
NextIt’s enough to make you swear: the complexities of medical billing and out of pocket costsNext