Pat Anderson, the chairperson of the Lowitja Institute, drew from her own personal experiences in her opening address to a recent symposium on racism and the health and wellbeing of children and youth.

Whether it is deliberate, unthinking or systemic, governments need to understand that racism is a health issue, she said. 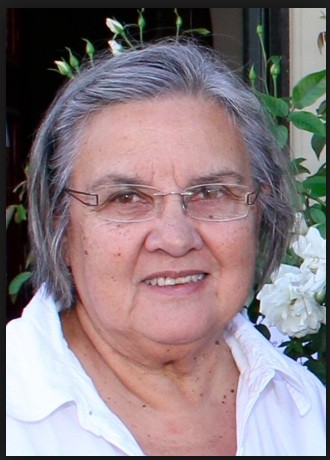 I’d like to take you back to the early 1950s, and to my earliest memory of what we might call racism.

I am about seven or eight years old, and at my primary school in Darwin.

We are all in the classroom on a hot afternoon, sitting on our wooden benches, and the teacher starts talking and writing on the blackboard about how this man called Captain Cook had ‘discovered’ Australia.

At my age, I don’t have any sense about what had happened at La Perouse, I have no historical knowledge, I have no images, but I just immediately think: ‘Hang about, that’s not true!’

There is no way I can communicate this to the teacher, of course. I don’t have the words.

An incident like this, of having one’s own lived experience denied, implicitly or explicitly, is a common one for Aboriginal people.

It is a profound but subtle form of racism, that has the potential to undermine a person’s – particularly a child’s – confidence and sense of worth.

Yet, even where it takes much more direct and explicit forms, it seems that it is difficult to convince many people of the harmful effects of racism.

Last year’s controversy surrounding Adam Goodes, the AFL footballer –now Australian of the Year – is a case in point.

Initially racially abused by a 13 year – old fan at a  match, subsequently the subject of racial remarks by a well – known football club president and media personality, the issue became national news.

Public apologies were offered and accepted.

But behind the scenes, particularly online, many Australians were tempted to dismiss the whole thing as trivial – ‘it’s just name calling’; ‘it’s just a joke’; ‘get over it!’

It is worth looking at the assumptions behind the idea that these incidents are trivial, one – off events, that are essentially harmless.

First, how common are racist behaviours, including speech, directed at Aboriginal and Torres Strait Islander people?

A study in Victoria in 2010-11, funded by the Lowitja Institute, documented very high levels of racism experienced by Aboriginal Victorians.

It found that close to 100% reported experiencing racism in the previous year.

This included a range of behaviours, from

Significantly, over 70% of those surveyed experienced eight or more such incidents in the previous twelve months.

Other studies in Australia have also found high levels of exposure to racist behaviours and language. Such statistics describe the lived experience of Aboriginal and Torres Strait Islander people.

This level of racist abuse and even violence is unwarranted and objectionable.

It infringes upon our rights – not just our rights as Indigenous people, but our legal rights as Australian citizens.

Health impacts
But is it actually harmful?

Studies in Australia echoes findings from around the world that show that the experience of racism is significantly related to poor physical and mental health.

There are a number of ways in which racism has a negative effect on Aboriginal and Torres Strait Islander people’s health.

First, on an individual level, exposure to racism is associated with psychological distress, depression, poor quality of life, and substance misuse, all of which contribute significantly to the ill health.

Prolonged experience of stress can also have physical health effects such as on the immune, endocrine and cardiovascular systems.

I would argue, too, that the kind of unthinking racism that sees Captain Cook as the person who ‘discovered’ Australia, or the country as ‘terra nullius’ before his arrival can also affect us psychologically.

Subtly but powerfully, such myths tell us that we are unimportant, insignificant, that ‘our people’ have not achieved anything and by implication we are unlikely to amount to much in the future.

The second way racism affects health is because people may be reluctant to seek much-needed services from providers whom they perceive to be unwelcoming or who they feel may hold negative stereotypes about them.

Last, there is a growing body of evidence that mainstream systems  – such as health systems – do not provide the same level of care to Indigenous people as to other Australians.

This ‘systemic racism’ is not necessarily the result of individual ill – will by practitioners, but a reflection of inappropriate assumptions made about particular racial groups.

It is in the context of this research evidence the kind of racist incidents I described earlier should be seen.

They are not one-off episodes that affect a single person, but as part of a pattern of events and behaviours that contribute to the ill health and disadvantage suffered by First Australians.

Tackling these issues is not easy.

The first step is for governments to understand that racism impacts on our health and to take action accordingly.

The legal debate
The current Federal Government’s stated intention to repeal Section 18C of the Racial Discrimination Act should be seen in the light of this evidence.

Should the government be successful, it will no longer be illegal to act in a way that may ‘offend, insult, humiliate or intimidate’ someone because of their race or ethnicity.

Much of the debate on the repeal of section 18C has centred around issues of free speech and morality.

I would suggest, however, that the powerful evidence around the health impacts of racist speech and action needs also to be considered –especially given the current Government’s continued stated commitment to ‘closing the gap’ in health status between Indigenous and non-Indigenous Australia.

The recognition of Aboriginal and Torres Strait Islander peoples in the Constitution is similarly important.

Such recognition may also form the basis for improved stewardship and governance for Aboriginal and Torres Strait Islander health (as explored in a recent Lowitja Institute Discussion Paper, Legally Invisible).

We also need to educate all Australians, especially young people, that discriminatory remarks, however casual, however apparently light-hearted, however off the cuff, have implications for other people’s health.

Whatever approaches we adopt, they must be based on what the evidence tells us.

And they must also be based on deeper recognition that people – any people – cannot thrive if they are not connected.

We have long known that as Aboriginal and Torres Strait Islander people, we need to be feel connected with our families, communities and cultures to have genuine health and wellbeing.

But we are also part of this nation – an important part, I would argue – and must also therefore be connected to the rest of society.

Racism cuts that connection. At the same time, racism cuts off non-Indigenous Australians from all the unique insights and experiences what we, Australia’s First Peoples, have to offer.

As a nation, we have to get over this idea that  Aboriginal experience and ideas don’t count.

We need to get past the myth that everything significant on this continent began in 1788.

Seen this way, recognising and tackling racism is about creating a healthier, happier and better nation in which all Australians can thrive.

• The full speech is here.

• Marie McInerney’s reports from the symposium for the Croakey Conference Reporting Service are being compiled here.