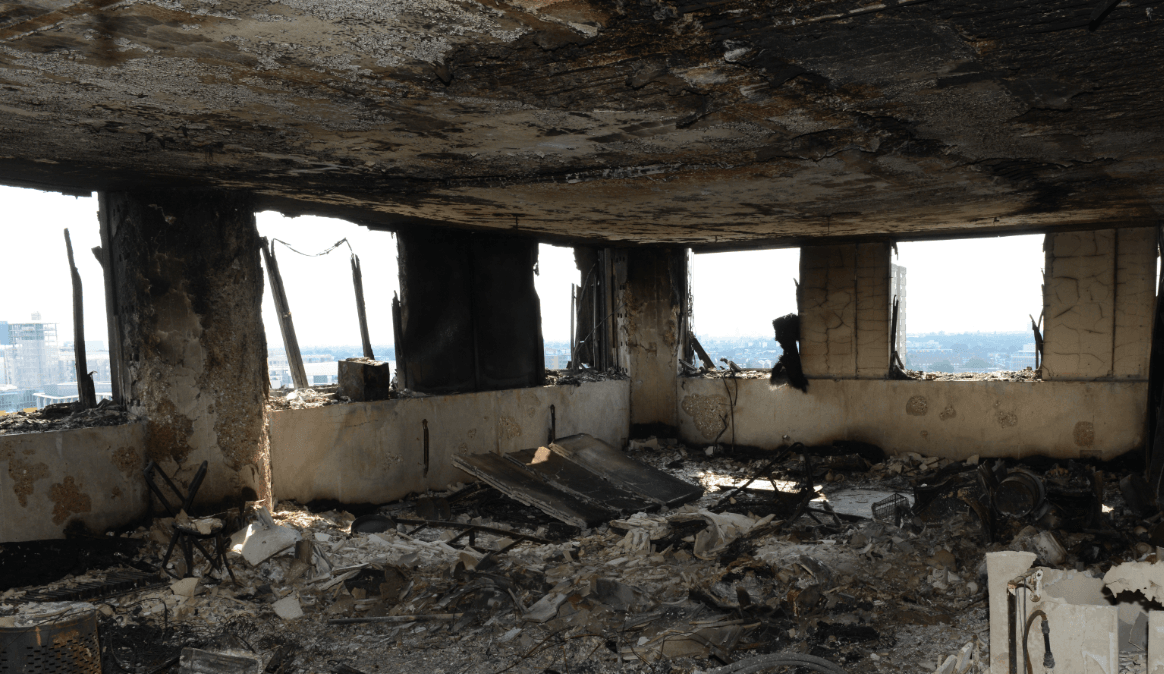 Inside the Grenfell Tower: photo from the London Metropolitan Police

In the wake of London’s tragic Grenfell Tower fire, Professor Martin McKee has written an important piece for the British Medical Journal on why public health professionals “cannot ignore the political determinants of health”.

In it, the past president of the European Public Health Association echoes his recent call in Melbourne at the World Health Congress on Public Health on the duty to “speak truth to power”.

McKee, who is Professor of European Public Health at the London School of Hygiene and Tropical Medicine, points to how Hurricane Katrina raised similar profound concerns for New Orleans in 2005 as has the Grenfell Tower tragedy about the role of inequity in both the scale of the toll and the way officials and political leaders responded.

He cites the chilling warning from the Grenfell Action Group last year that “only a catastrophic event will expose the ineptitude and incompetence of our landlord …and bring an end to the dangerous living conditions and neglect of health and safety legislation that they inflict upon their tenants and leaseholders”.

McKee calls on public health professionals to work to avoid such tragedies, by “seeking to address the causes of the causes and, above all, by confronting those with power” but acknowledges how speaking out has become much harder in the UK since many public health functions were moved into local government.

It’s an issue that will resonate in Australia, where advocacy is so often at risk, mostly from public funding cuts, but including when the threat of prison hung over the heads of health and other professionals working in Australia’s offshore detention centres.

The timely post below from Dr Jonathan Sher, a preconception expert from Scotland and another recent conference keynote speaker in Australia, was written before the Grenfell Tower fire but is even more pertinent since.

In it, he discusses how primary prevention – that is, keeping harm from happening in the first place – has gained far less traction and action than it deserves.

Walking by Edinburgh’s Festival Theatre, I noticed the poster for Love Letters, an upcoming play starring Ali McGraw and Ryan O’Neal. For younger readers, they were also the stars of the popular, two-hankie 1970 film, Love Story. It’s usually remembered for the iconic, and later, often parodied, quote: “Love means never having to say you’re sorry.”

That is not my experience or observation of love in real life. The quote struck me back then as ‘fake profound’ and still seems daft.

However, it triggered the realisation that one motivation for, and consequence of, effective primary prevention – that is, keeping harm from happening in the first place – is that it does mean never having to say you’re sorry.

After all, there’s no need to apologise for the education attainment gap that never opens; or the child maltreatment that never occurs; or the health treatments that are never needed.

Scotland – politically and culturally – has a complex relationship with primary prevention. On the one hand, it is embraced wholeheartedly and avowed as a principle and goal. On the other, it is implemented half-heartedly and only achieved patchily.

In recent years, primary prevention has been the official priority of the Scottish Government and the Scottish Parliament. The enduring message of the 2011 Christie Commission on the Future Delivery of Public Services was that roughly 40 per cent of governmental spending goes toward cleaning up messes that could have been prevented – and at much lower financial and human costs.

Professor James Mitchell (a Christie Commission member and prevention expert) has noted that recession combined with Westminster austerity has increased crises that must be addressed – and thereby, raised that 40 per cent estimate. Such is the case despite cross-party agreement on the value of primary prevention.

So, why doesn’t this belief translate more often and more robustly into meaningful preventative actions? The answers are complex and varied. They range from a lack of research, training and support for such actions to the psychological disinclination to allocate major resources to ensure something does not happen.

Years ago, and far away, I was party to a revealing incident with a state legislator who tried to cut all funding for a relatively new, but highly successful, poison control centre and its free state-wide helpline. When asked why he wanted to cut this very modest item from the state budget, he said it was “because nobody in our state died from poisoning last year”! Thus, the very evidence in favour of this preventative funding was twisted into the rationale for eliminating it. Mercifully, other legislators ended up killing his cut, rather than the helpline.

There may be another reason why primary prevention has gained far less traction and action than it deserves. Perhaps, there is an incomplete understanding of, and appreciation for, who are our ‘heroes’ and what constitutes ‘heroic action’.

When a firefighter rushes into a burning building and saves its inhabitants, we rightly view that as a heroic action and the firefighters as heroes. They receive – and fully merit – praise, medals and favourable media attention for dealing well with such an immediate and obvious crisis. And yet, many firefighters actually spend much of their time these days teaching about fire safety, installing smoke alarms or checking potential fire hazards.

Such primary prevention efforts pay off handsomely, as there are now far fewer devastating fires than once was the case. And yet, neither governments, the media nor our society recognise and reward their work as fire-preventers and disaster avoiders. Dealing well with crises is the fundamental act that ‘counts’ as heroism in today’s culture.

There are literally hundreds of similar examples across our agencies, organisations and communities.

For instance, the heart surgeons who perform triple bypass operations are life-saving heroes whose skills are applauded and, who are accorded high status. Any beneficiary of their knowledge and talent would be first in the queue to praise the surgeons’ heroic actions.

But what about the nutritionists, dieticians, healthy food campaigners, exercise advocates/trainers and other professionals whose wonderful work has prevented thousands of our fellow citizens from ever needing a triple bypass operation or any other health crisis intervention? They receive far lower pay, have lower status and gain far less positive recognition for their contributions than heart surgeons.

A one-dimensional perspective on heroes and heroic actions that excludes primary prevention carries over into the political world. Here, too, the threshold for heroism is successfully resolving a major crisis, instead of also having taken earlier actions to keep that crisis from developing at all.

Perhaps this cultural quirk has also created a perverse incentive – albeit unconscious – across the public sector, and among top officials/politicians, to wait for problems to reach crisis proportions before feeling motivated to take serious steps and allocate major resources. If true, it offers a largely overlooked explanation for what the Christie Commission deemed ‘failure demand’ – and what many of the rest of us simply call ‘doing too little, too late’. 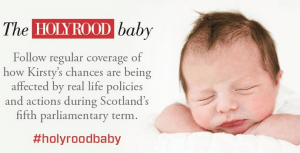 The brilliant Holyrood 2016 magazine cover featuring baby Kirsty featured the bold caption: ‘Inequality is a choice’. That choice may be reinforced by a too limited view of heroism and an overreliance upon major crises as the only call to action actually heeded. This is not the best we can do.

There are many ‘after the fact’ inquiries leading to apologies for harm that has already occurred. By contrast, effective primary prevention really does mean never having to say you’re sorry. Wouldn’t that be a better way to think, feel and behave?

He was a keynote speaker at the recent National Rural Health Conference in Cairns. See Croakey’s story on his presentation about the need for a fundamental re-think of preconception health, education and care.

Croakey’s full coverage of the conference is also available via our Croakey Conference News Service page and also via this link: https://www.dropbox.com/s/bqfv0jc2ddz99a4/RuralHealthConference_2017.pdf?dl=0