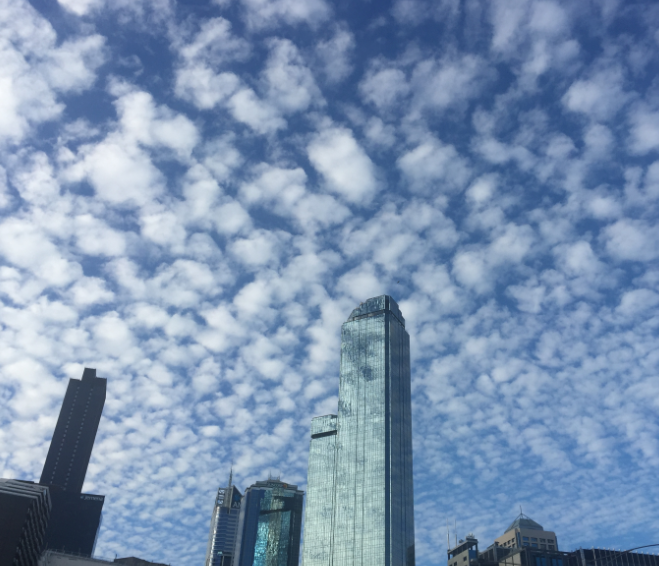 Time for blue sky thinking on health reform in #AustVotesHealth?

As predicted, health and healthcare are big issues in the first week of the federal election campaign, to the extent that online news outlet Crikey declared on Wednesday that “Labor’s health obsession is too much of a good thing”.

“Labor is talking about nothing but health, which is a positive for Bill Shorten but serves voters poorly when there are more critical issues to be dealt with,” said journalist Bernard Keane in this paywalled article.

For others, the worry is not that there are more critical issues than health to deal with – it’s hard to pick a critical issue that doesn’t relate to health, from housing and access to fresh food through to the level of Newstart and climate change.

For them (and perhaps Crikey) the real big worry is that, in the time honoured election tradition, politicians are taking a very narrow approach to health.

That sees them race to hospitals to don blue gowns or hard hats for a seat-by-seat bidding war on hospital beds and new releases of medications and treatments rather than systems reform and prevention that don’t so easily provide the easy TV images that campaigns crave.

“Here’s someone who didn’t get sick because of all the good things we’ve done,” doesn’t cut it in the same way.

Therefore there was a warm welcome from health groups this week for Labor’s  prevention promises on tobacco as well as skin cancer campaigns and bowel cancer screening.

“Based on an evaluation of the first National Tobacco Campaign run in 1997, this investment could prevent as many as 55,000 deaths and deliver as much as $740 million in direct healthcare savings.”

Labor pledged also to commit $6 million over three years to support the work of Tobacco Free Portfolios in eliminating tobacco from investment portfolios, “so that people aren’t unknowingly contributing to tobacco profits via their superannuation and pension funds”. 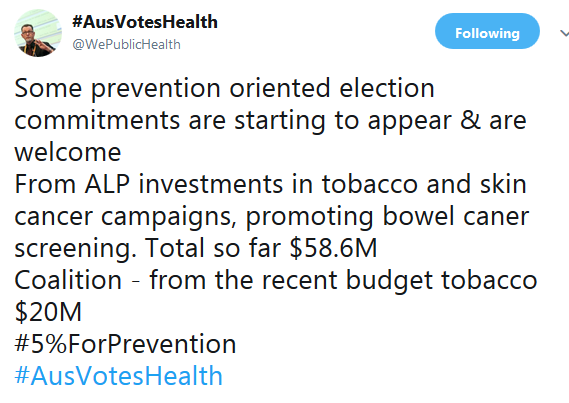 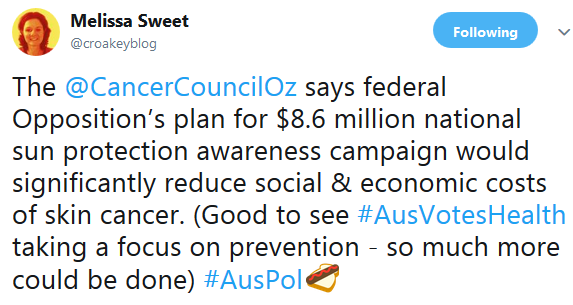 Getting on the agenda

Meanwhile health and social sector groups are pushing to put deeper reforms and the social determinants of health on the agenda.

An “unprecedented” coalition of health groups has called for parties and candidates to recognise climate change as “core public health threat“, while National Rural Health Alliance members have voted to support the #raisetherate campaign, advocating for an increase in the Newstart payment to unemployed people.

As Croakey managing editor Melissa Sweet pointed out in this timely article calling for profound shifts to tackle health inequalities, the Alliance is stockpiling election asks from health groups at this link: check the Australian College of Rural and Remote Medicine; the National Aboriginal Community Controlled Health Organisation; the Royal Australian College of General Practitioners; the Royal Flying Doctor Service of Australia; and the Rural Doctors Association of Australia, among others.

Croakey encourages people with an interest in health to use #AusVotesHealth when tweeting and sharing health-related news from the election campaign.

Also please follow the #VoteACCHO campaign launched by the National Aboriginal Community Controlled Health Organisation (NACCHO) to track Aboriginal and Torres Strait Islander health issues, including concerns that the Coalition’s recent announcement of additional mental health funding will see funds for Indigenous health go to mainstream services like headspace instead of the ACCHOs.

Here’s NACCHO’s Top 10 policy recommendations for parties to include in their #AusVotesHealth election platforms, which include asks on ACCHO funding, workforce support, dental care, youth suicide prevention and an end to rheumatic heart disease in Aboriginal and Torres Strait Islander communities. 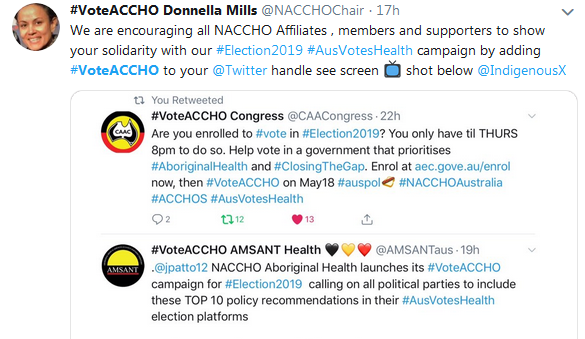 At the very least, the 2019 election campaign lesson #1 for the Coalition is ‘don’t mess with Medicare‘, according to Jim Gillespie, Deputy Director, Menzies Centre for Health Policy & Associate Professor in Health Policy, University of Sydney.

Writing in The Conversation, Gillespie said Labor’s “Mediscare” warnings cut through at the 2016 election because of a long history of Coalition hostility to Medicare as a universal health scheme. He said:

The Coalition has been determined to avoid this trap again. The Turnbull and Morrison governments have underlined support for Medicare. The 2019-20 Budget documents are punctuated with statements about “guaranteeing” and “strengthening” Medicare.”

Now, with health taking centre stage once again this election, he says both sides are trying to use “Mediscare” tactics to drive fear about cuts or shortfalls in the health system.

The big bone of contention so far is Labor’s $2.3 billion cancer care package to address high out-of-pocket costs for Australians with cancer, with the Coalition claiming to have found a $6 billion black hole in Labor’s promises.

But others have concerns too, not least Dr Tim Woodruff from the Doctors’ Reform Society, who warns it is “divisive and inequitable” – very helpful for those who wish to access private care, offering minimal impact on those cancer sufferers who use the public system and no impact on those who struggle with the delays and costs for non cancer illnesses.

In a separate article, Duckett writes about why elections are bad times for hospital planning, warning that the “cargo cult approach – where a federal politician flies in and drops a building announcement to a specially gathered group of local worthies – is no way to ensure that the right health projects are built in the right places.”

Expect more hospital promises in the coming weeks but they will not cure the health system’s “most pressing ailment”, warned a group of senior health and economic researchers from Curtin University at The Conversation. They said:

We looked at why the hospital care is growing faster than the overall health sector, and what can be done about this.

Our conclusion: there needs to be more focus on the “unsexy” parts of the health-care system that treat people before they get sick enough to need a hospital. Prevention is cheaper and more effective than cure.”

They urged a shift from “hospital centred” to “patient centred” funding, they highlighted as an exemplar New Zealand’s Canterbury model  which, instead of s

eparate budgets for GPs and hospitals, has created a “one system, one budget” approach.

While Labor’s moves on tobacco control and skin cancer prevention have been welcomed, they won’t go close yet to the Public Health Association of Australia call for Australia to catch up with other countries by committing to spending 5 per cent of the health budget to prevention, versus the “meagre” 1.7 per cent it now commits.

The target is the top of the PHAA’s 5 immediate policy priorities (pic, right) for the election campaign.

To drive progress, the PHAA says the next Federal Government needs to consolidate policy-making through a ‘Health-In-All-Policies’ approach, and adopt new major strategies on food and nutrition, alcohol and tobacco regulation, and other priorities.

Tweeting this week at @wepublichealth, PHAA CEO Terry Slevin said political wisdom dictates no one wins an election by introducing a new tax. But he said the findings of an investigation by the US Task Force on Fiscal Policy for Health , released this week, “MUST be on the agenda for consideration after 18 May because it is good, evidence based public policy”.

The Health Taxes to Save Lives report released by the Task Force – which is co-chaired by former New York Mayor Mike Bloomberg and leading economist Larry Summers – calls on all countries to significantly raise their excise taxes on tobacco, alcohol and sugary beverages. It said:

After reviewing the evidence, the Task Force concluded that few interventions have the power to save as many lives as raising tobacco, alcohol and sugary beverage taxes. And, while secondary to the health gains, the additional revenue that can be obtained from such tax increases is substantial.”

An end to “pot shots of cash and band aid solutions”

Whoever is in government after the May 2019 federal election must have the courage to lead reforms to our health system to keep it effective, efficient and affordable, the Australian Healthcare and Hospitals Association (AHHA) said this week.

It is urging the next government to adopt its Healthy people, healthy systems blueprint to reorient our healthcare system to focus on patient outcomes and value rather than throughput and vested interests.

‘Strategic investment of public funds is what’s needed rather than pot shots of cash and band aid solutions,” said AHHA Chief Executive Alison Verhoeven. “Strategy, not stimulus, is required to progressively reorient our healthcare system to focus on patient outcomes and value rather than volume and vested interests.”

Verhoeven welcomed Labor’s cancer care package and commitment to reducing tobacco use, as well as the Coalition’s commitment to a national strategy to tackle excessive out of pocket costs charged by medical specialists, and the Greens’ commitment to affordable dental care.

“Prevention strategies, including water fluoridation in all communities and a tax on sugar sweetened beverages, are also required,” she said. 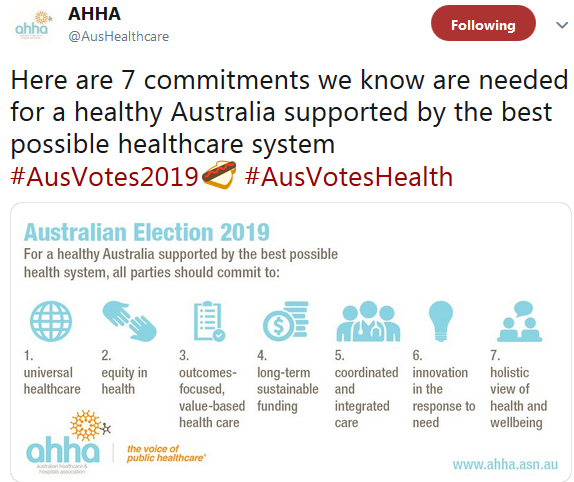 There were similar calls for system-wide reform from Greens Leader Richard di Natale, who says as a doctor he is frustrated that the healthcare debate remains “really piecemeal“, and from Croakey editors Jennifer Doggett and Lesley Russell in this Inside Story podcast on health reform.

Doggett, chair of the Australian Healthcare Reform Alliance, and Russell, Adjunct Associate Professor at the Menzies Centre for Health Policy at the University of Sydney, talk in the 30 minute podcast about the need for structural changes to Medicare, which is “no longer fit for purpose”, and the urgent need to tackle out of pocket (OOP) costs – with 19 per cent of the $181 billion spent annually on health paid directly from patients’ pockets, according to the latest data from the Australian Institute of Health and Welfare.

Asked to envision a better health system over the next decade, Doggett said it needs to be built around a strong community based primary care structure.

“We have reoriented our system wrongly where we have hospital based top down approach, ” she said. It needs to shift to the sort of focus seen in Aboriginal and Torres Strait Islander community controlled health services, “which build in a lot of social determinants, have a strong consumer and community input, and (are) given the funding and power to commission and purchase services required locally.” 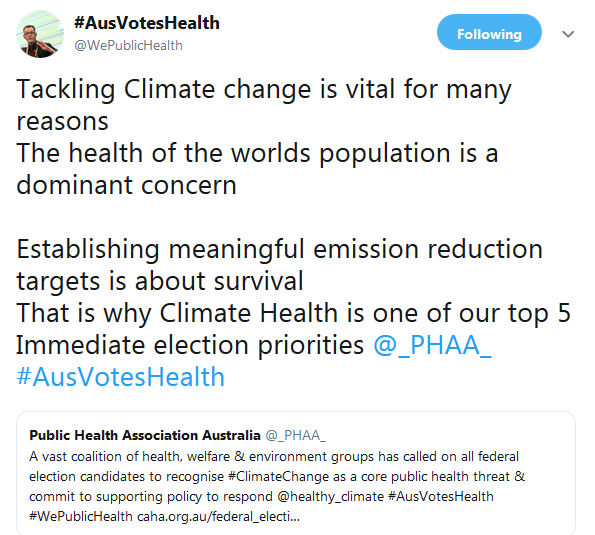 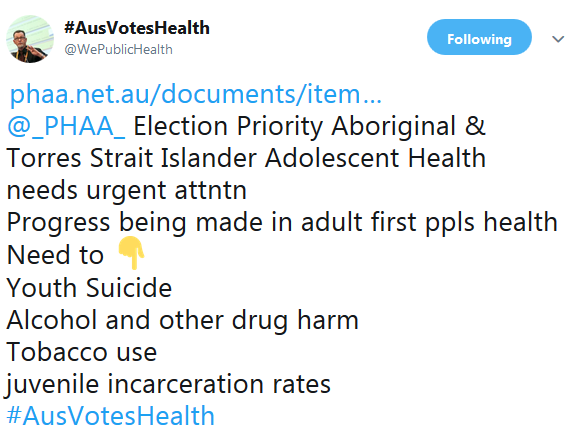 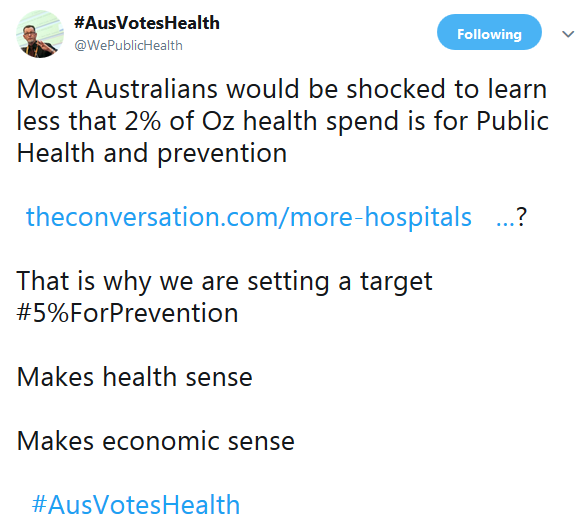 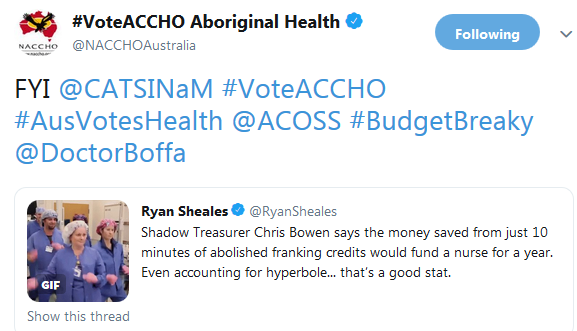 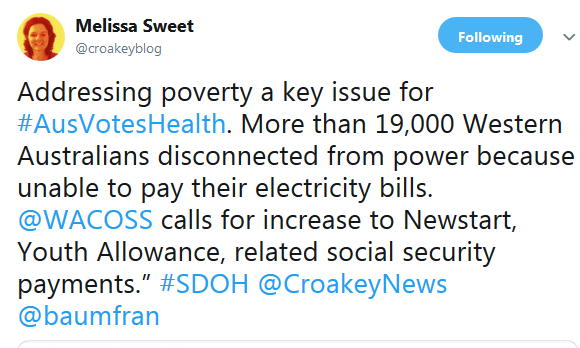 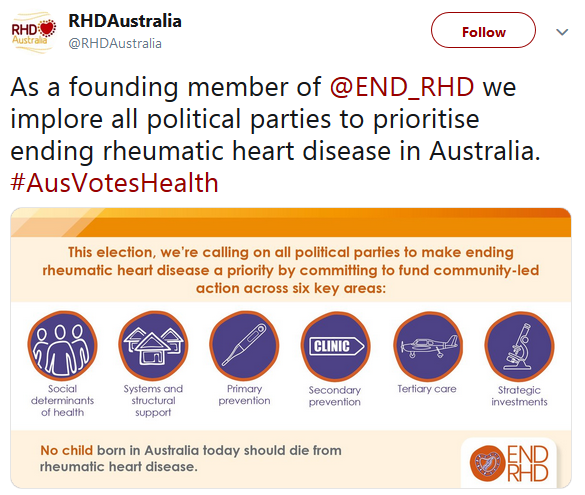 PrevPreviousMediscare 2.0: here’s what you need to know about hospital ‘cuts’ and cancer funding
Next“Cultural safety history repeats: why are we taking the redefinition road?”Next