Western Australia: wake up to yourself #JustJustice

Comments by the Chief Justice of Western Australia and associated media reports reveal a simplistic, unhelpful view of the complex factors contributing to the over-incarceration of Aboriginal people, according to public health practitioner Summer May Finlay.

Finlay, a Yorta Yorta woman, a member of the #JustJustice team, and a PhD candidate, suggests that, rather than perpetuating negative stereotypes of Aboriginal people, the WA Government and justice systems need to take stock of their own contributions to over-incarceration.

Comments made yesterday in Perth by the Chief Justice of Western Australia, Wayne Martin, at the Senate committee inquiry into Aboriginal and Torres Strait Islander experiences of law enforcement and justice systems, hurt Aboriginal people.

He stated that Aboriginal children intentionally commit crimes so they are incarcerated so they can have a safe place to sleep and get a good meal. He also said that Child Protection Officers were fearful of removing children because of the Stolen Generations. These comment have been used as headlines used by some media outlets.

The comments effectively absolve Western Australia and the Chief Justice himself of any responsibility for the issues facing Aboriginal people in that State.

Without understanding the context of Aboriginal affairs in Western Australia, his comment implies that the responsibility for these children lies solely with parents. The comments continue to perpetrate the myth that all Aboriginal parents are neglectful at best and abusive at worst.

There is no doubt that parents have responsibility for their children but what also needs to be recognised – although this rarely happens – is the impact that past and current policies have on Aboriginal people.

It has been found that Aboriginal people are 74% more likely to be reconvicted at any given time than those who receive a non-custodial penalty, yet Western Australia is less likely to divert Aboriginal juveniles than their non-Aboriginal counterparts.

In 2009, a 12-year-old Aboriginal boy was charged with receiving stolen goods; a $.70 Freddo Frog. This is a State which in 2014 tried to introduce laws allowing the Minister to permit access to Aboriginal sites if he deems it appropriate regardless of whether what Traditional Owners wanted.

Western Australia, in 2014 reduced its education budget, cutting 110 Aboriginal and Islander Education Officer positions. This is a State which this year, despite the ongoing health disparity between Aboriginal people and other Australians, has halved its Aboriginal health budget.

This is a State which wanted to close Aboriginal communities because they are not consider financially viable, regardless of the connection people have to country. Western Australia has time and time again shown its lack of concern for the wellbeing for Aboriginal people – and then lays the blame for their own disadvantage at their feet.

Youth incarceration needs to be framed as a social issue that requires involvement from parents and the state for a successful solution. Diversionary programs, such as Justice Reinvestment, which is being trialled in New South Wales and considered in South Australia, need to be introduced and utilised. This would give young people Aboriginal people options.

The Chief Justice also suggested that Child Protection officers were reluctant to remove Aboriginal children for fear of another Stolen Generation, implying more children need to be removed.

It is well documented that Aboriginal people are more likely to experience high levels of stress, racism, financial difficulties and higher rates of chronic disease. Where is the recognition that support is needed for Aboriginal parents who are finding life challenging? Or that early support and working with people will assist them to give their children a better start in life?

There is evidence that out of home care has detrimental effects on Aboriginal children, due to lost connection to family, culture and country. Research has also shown that children removed from their families were almost twice as likely to come in contact with the justice system.

Shouldn’t we be considering early support programs for families struggling in attempt to break the cycle of poverty and incarceration? With an estimated 30 per cent of children removed from their families in Western Australia, is it any wonder some people are struggling as parents?

Rather than working with Aboriginal people on solutions to the issues they face, it seems the State would rather blame them. The State ignores the complex set of factors that are at play when a young person comes in contact with the court system. These factors vary from young person to young person.

Over-simplifying the issues does nothing to assist young people and their families. Western Australia needs to consider the role it plays in the continuing high levels of incarceration of Aboriginal young people.

The very fact that the comment was made and then seized on by the media continues to promote stereotypes of Aboriginal people, without considering the broader social issues at play. It continues to demonstrate Australia has a long way to go in developing healthy race relations.

People in position of power and the media who rely on stereotyping in their description of Aboriginal people do so much harm.

Rather than stereotyping, what we need is a mature debate about the issues and roles and responsibilities – not just of Aboriginal people, but also of our state and federal governments.

We need an approach to reducing incarceration which is holistic and considers all the factors including education, health, housing, country, Culture and early support programs.

I suggest that the Western Australian Government and the Chief Justice need to take stock of their own failings.

Maybe then real gains might be made to reduce incarceration rates of young people and we can see #JustJustice. 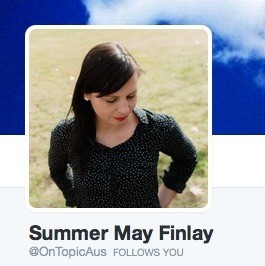 Croakey acknowledges and thanks all those who donated to support #JustJustice. We also thank and acknowledge our premium sponsors, the Jesuit Social Services, and Frank Meany of One Vision.

PrevPreviousNurse Practitioners: Challenges and Opportunities 2015 and Beyond
NextA Spoonful of Sugar Makes the Taxes go Up!Next