What are the challenges and priorities facing the new Primary Health Networks?

This post compiles some reaction to the Federal Government’s recent announcement of the successful tenders for 28 of the 31 Primary Health Networks (more details here; map of boundaries here – or see the list at the bottom of this post).

The PHNs will have Community Advisory Committees, and their six key priorities for targeted work are mental health (wouldn’t it have been helpful to have seen the Review of Mental Health Programmes and Services before the PHN announcements), Aboriginal and Torres Strait Islander health, population health, health workforce, eHealth and aged care.

•  What will it take for a system that is truly patient-centred?
By Leanne Wells, CEO of the Consumers Health Forum of Australia.

What will it take for a system that is truly patient-centred?
Leanne Wells writes:

The latest Commonwealth plan to reboot Australia’s primary care system offers the potential for consumers to have a greater say over how their local health services should work. We hope.

“Patient-centred care” is the vogue buzz word in the modern health arena.

But will the idea of the patient being the focus of the new Primary Health Networks go the way of a joke told at a recent workshop on PHNs: Patient-centred care?  That’s where you, the patient, sits in the centre and we, the clinicians and officials, tell you what to do.

Health Minister Sussan Ley has put some emphasis on seeking out the consumer view.  On paper, the Federal Government’s approach to PHNs appears to place less emphasis on giving consumers/patients a say in the governance and priorities for PHNs than clinicians.

The growing evidence from around the world is that health services that empower consumers tend to yield better outcomes for everybody concerned.

The announcement of the preferred tenderers to oversee 28 of the 31 Primary Health Networks so far indicates that we will now see a range of different interests in the consortiums including GPs, allied health providers, universities, private health insurers and several former Medicare Locals.

CHF welcomes the Minister’s statement that the PHNs are charged with fixing fragmented care, and we hope, to being accountable for the services they commission.  Too often there are patients who fail to get the right care at the right place at the right time.

We argue that if PHNs are to work to best advantage for consumers in areas like the growing challenge of chronic illness, then they will perform best by ensuring consumers have an influential say in governance, in the priorities for local health systems and in the design and delivery of services.

Perhaps more challenging is the aspiration for a system that can provides effective, integrated and accountable care for everybody with chronic illness and multiple co-morbidities. To achieve this, PHNs must have the right levels of flexible funding and the right leadership mix if they are to succeed.

The real drivers of health system improvement are patients and clinicians working together regionally: PHNs must have sophisticated, evidence-based programs to ensure that the consumer voice and experience of care is centrally involved in planning and decision making about health solutions.

If they are guided by the patient experience of the system and consumer-led ideas for health system improvement, PHNs have the potential to be the catalysts of real change and innovation.

This means so much more than PHNs setting up Community Advisory Committees. It means PHNs must systematically involve communities and patients involved in all stages of the PHN commissioning cycle – not just their governance.

But most importantly it means PHNs embracing and realising the benefits that can be realised from the different levels and purposes of involvement.

The ‘Seven Benefits’ framework that appeared in futurepatientblog.com is one of many that describes the value of patient-led healthcare – richer insight, potential solutions, strengthened relationships, individual benefits, better quality decisions and benefits beyond the project being among the gains that can be achieved from patients as partners for change.

The Minister has indicated PHNs will be outcomes-focused. Any performance framework for PHNs must hold PHNs to account for how effectively they perform under National Safety and Quality in Health Services Standard 2: Partnering with Consumers.

Here’s hoping we can exploit the novel status of the PHNs to develop a truly patient-centred approach.

• Leanne Wells last week took up the position as CEO of the Consumers Health Forum of Australia.

The Australian Health Care Reform Alliance* (AHCRA) welcomes the end of uncertainty about the new Primary Health Networks (PHNs), with the announcement of the successful bidders for 28 of the 31 PHNs.

It also welcomes the continued focus on systems improvement and Aboriginal Health and Mental Health in their roles. However there are some areas of concern with the operation of what, at first glance, looks much like the old Medicare Locals on steroids.

AHCRA is supportive of PHNs, as it was of Medicare Locals. However AHCRA has two concerns. First, hospital networks have been granted control of four rural Queensland PHNs.

Whilst AHCRA is not privy to the details of these arrangements, there are many international examples in which primary health care became the poor cousin when managed by hospital-focussed management bodies. The outcomes of this decision will need monitoring closely over time to ensure these PHNs buck that trend.

Second, the increased catchment of many PHNs will make their capacity to be effective more difficult. It will be harder for them to reflect each community’s needs in their planning and support for local primary health care services. Some catchments have populations well over one million or areas bigger than France, Spain or Italy.

Although Minister Ley inherited this decision about bigger catchments, it is clear she understands the issues associated with such inflated areas. There is a certain irony in her decision to split what was to be the Western NSW network into two zones because “the needs of people in the Murrumbidgee area are quite different to those in much of Western NSW.”

“Clearly the same logic was not applied to Western Australia, where a single consortium will be expected to service the entire primary health care system across the three catchments comprising the largest state in the Federation. If these gargantuan PHNs are to achieve their objectives, AHCRA urges the Minister to be sympathetic to the new PHNs’ infrastructure and funding needs in servicing their much larger areas”, said Tony McBride, Chair of AHCRA.

AHCRA believes there are several key issues PHNs should be addressing:

AHCRA looks forward to the PHNs quickly focussing on their work and addressing these issues. AHCRA calls upon the Department of Health to allow them the space to do so, and not micro-manage them as occurred with the former Medicare Locals they are replacing.

* AHCRA is a coalition of over 35 national and state organisations, including those representing the medical profession, nursing, allied health, rural and remote health, health services and consumer groups.

To avoid the transition to Primary Health Networks becoming just another turn of the primary care merry-go-round, they have just 11 weeks to hit the ground running.

After a lengthy gestation, the successful Primary Health Networks (PHNs) were announced over the weekend, with Federal Health Minister Sussan Ley releasing the list of 31 (three still to be resolved), with a price tag of $900 million.

These are important goals. Currently Australia lacks a systematic approach to the provision of health care that is effective in the prevention and management of chronic diseases. This is despite chronic diseases currently accounting for most deaths and illnesses in Australia, and driving substantial and poorly managed growth in the health budget.

We need PHNs to focus on three key areas in the first 12 months of operation: partnerships, consolidation, and performance measures.

If PHNs are to make important and pressing improvements in the health of Australians, we need them to focus on three key areas in the first 12 months of operation: partnerships, consolidation, and performance measures.

The National Rural Health Alliance (NRHA) welcomes the Government’s announcement of the successful bids for Primary Health Networks (PHNs) and understands the care being taken to have the best options in place for those areas where decisions are yet to be confirmed.

For rural PHNs to be successful they must immediately start working with organisations and communities in their catchments to provide the health services needed locally. This means that appropriate financial resources and staff must be available to the service providers – whether they be the PHNs themselves or separate service entities.

“If the rural PHNs have to prove, once again, that their areas have major gaps in service delivery, there will be more uncertainty and more delays,” says Gordon Gregory, CEO of the NRHA.

The transition from Medicare Locals to PHNs has already resulted in the loss of some services and staff in more remote areas due to the uncertainty. Such losses have worsened pre-existing service deficits.

One issue of particular concern for rural PHNs is the lack of clarity around what constitutes ‘market failure’ and under what circumstances PHNs will be able to deliver services themselves, rather than commissioning them from existing services in their catchments. It is important to quickly establish what resources the Government will make available to PHNs working in areas where it has not been possible to sustain commercially viable enterprises in the past.

“Rather than asking rural PHNs to start afresh and collect new data that demonstrate that people are missing out on services, the case for ‘market failure’ should be transparent and built on existing data and evidence – including from the Medicare Locals in those areas”, says Mr Gregory. “If not, there are likely to be delays before rural PHNs have the remit and resources to start delivering the primary care that rural people so urgently need.”

Irrespective of which organisations have been chosen to run rural PHNs, if they are to succeed they must embrace four key principles:

The NRHA commits itself to work with PHNs to improve primary care in rural/remote areas.

Asked for the top five challenges for PHNs: 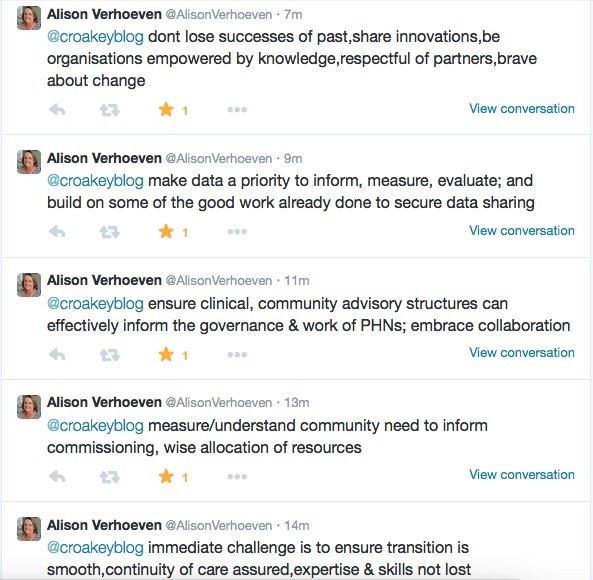 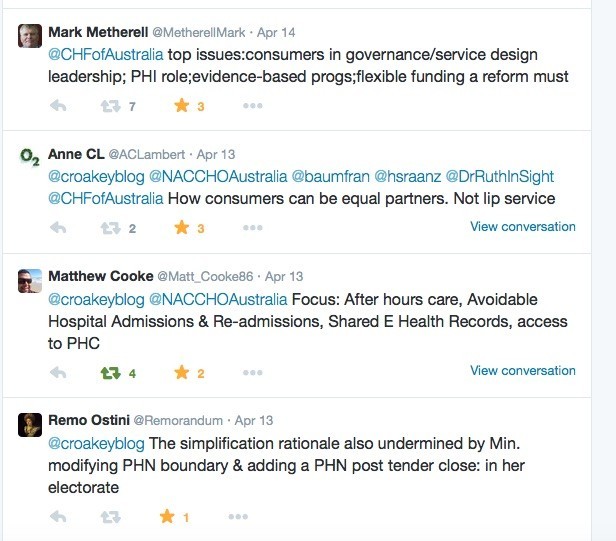 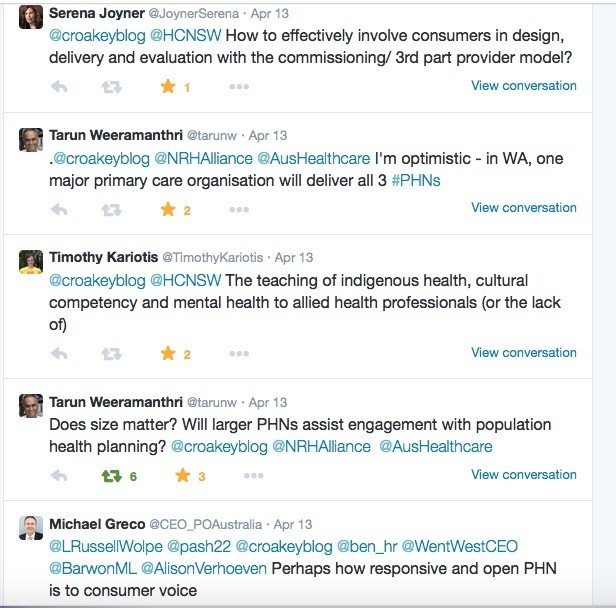 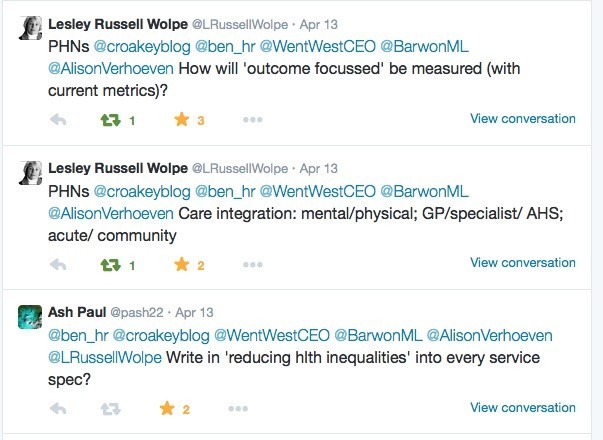 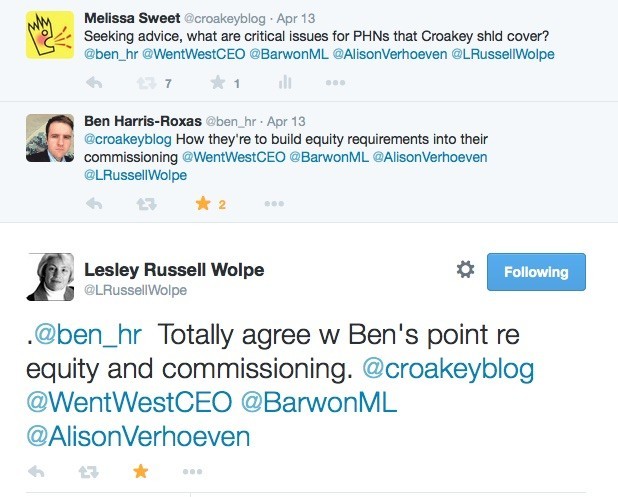 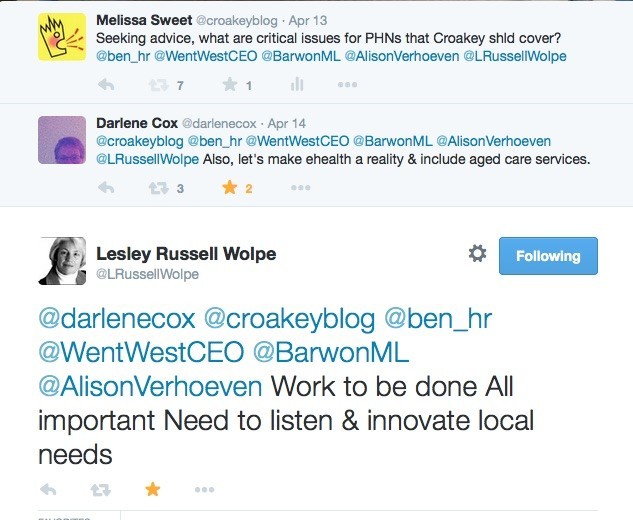 How the news is being reported by regional media

• Disappointment in the headlines at The Morning Bulletin in Qld. 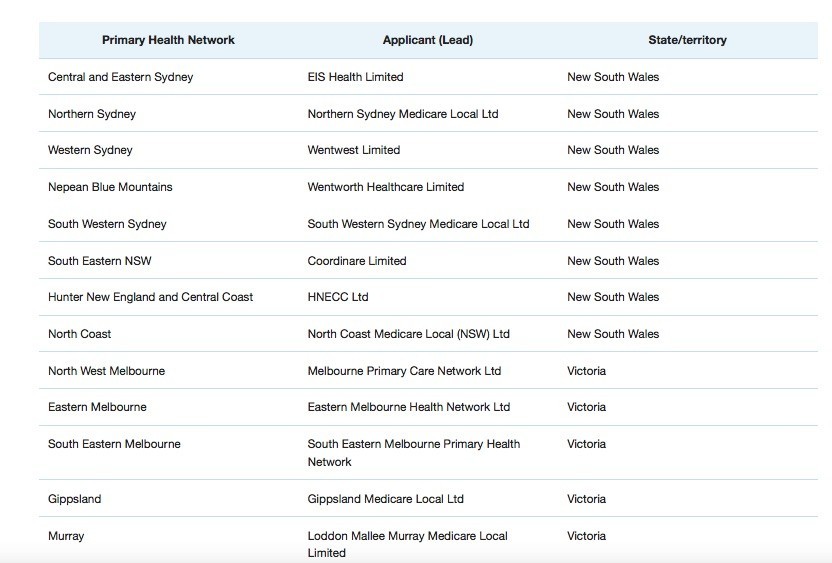 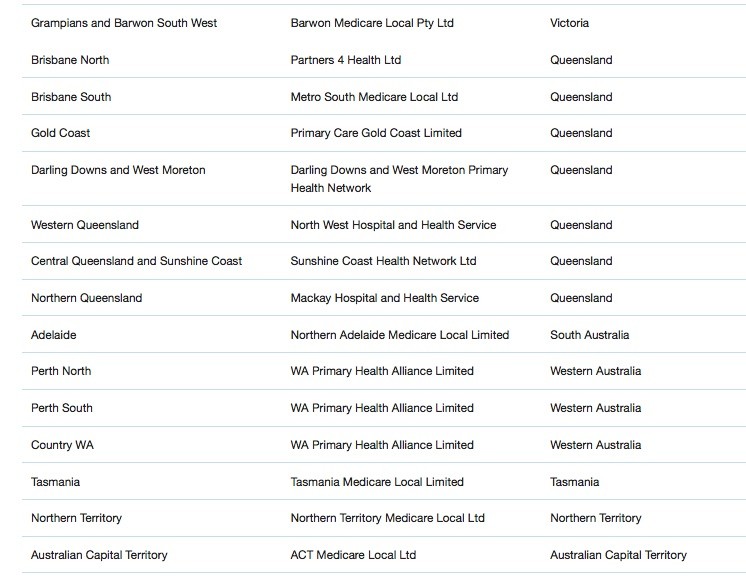