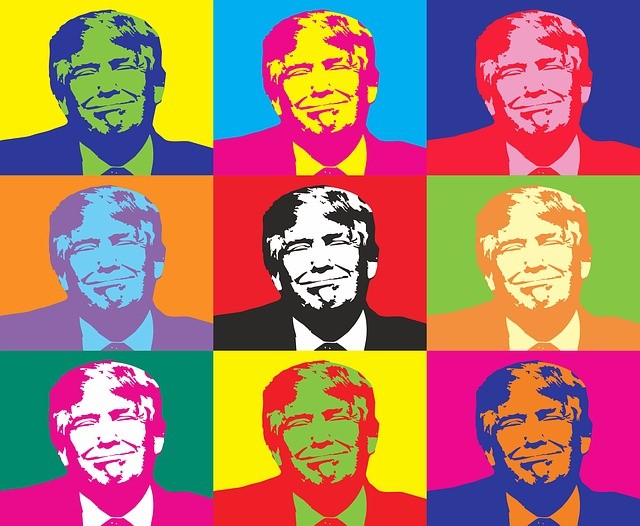 What are the implications of a Trump presidency for the health of the Australian community?

The election of Donald Trump as President will have an immediate and direct impact on the US health care system.

Prior to the election Trump vowed that he would repeal the Affordable Care Act (‘Obamacare’) which made health insurance (and therefore health care) accessible to millions of previously uninsured Americans.

Trump described Obama care as “a terrible economic burden” and promised that one it was repealed he would replace it with “something great”.

This plan was reinforced by comments made last night by Majority leader Mitch McConnell who said that the party’s representatives will swiftly repeal the healthcare legislation.

“It’s pretty high on our agenda as you know,” Mr McConell said in the aftermath of the election, according to Politico. “I would be shocked if we didn’t move forward and keep our commitment to the American people.”

But what does a Trump Presidency mean for the health sector in Australia and for global health and well-being more generally?

While geographically we are a long way from the USA, our health sector is not immune from the impact of the election.  Also, as part of the global community, our health and well-being will be impacted by such a major change in international politics.  This could occur in a number of ways, including the following:[divide]

A number of commentators have predicted that Trump’s victory will increase global instability and uncertainty and potentially lead to an escalation of already volatile and unstable situations in global hotspots like Russia, Iran and North Korea.

The New Yorker has summarised the impact on traditional allies of the USA “countries must prepare for a very unfamiliar world, one whose most powerful nation and global guarantor is no longer so easy to predict. Even if they believe that the United States-led order will most likely remain, they have little choice but to hedge against its disintegration — acting as if the world had already returned to a bygone era of shifting alliances and regional spheres of power.”

In the Financial Review Hugh White has outlined the impact of the Trump victory on Australia, arguing that “Here in Australia the comforting assumption that America will always be there to keep Asia safe for us will need to be at least laid aside. We will have to start thinking for ourselves about how we build a place in the Asian Century.”

Apart from the direct impact that this global instability may have in escalating conflict around the globe, the increased stress and uncertainty that it creates will have a negative health impact both in Australia and internationally.

Global markets have already responded negatively to Trump’s victory with Australian markets following their lead. A continuing downward trend in the Australian economy could have long-term negative impacts on our health and well-being.  Job losses and increased unemployment will result in poorer mental and physical health across our population and fewer resources will put pressure on already strained health service budgets.

Domestically, Lux Research has estimated that Trump’s policies would lead to an extra 3.4 billion tons of CO2 emitted (compared with Clinton’s proposals).

The impacts of this and the winding back of other environmental measures implemented under Obama’s administration would be serious and long lasting.  They include increased global temperatures, more extreme weather events, the melting of polar ice caps, loss of habitat for animal and plant species and increased flooding in low lying areas.

This is likely to have a number of health impacts globally, including increased incidence of infectious diseases, widespread food shortages, displacement of vulnerable populations and a range of other physical and mental health issues.

Trump has repeatedly made prejudiced and bigoted comments about a number of minority groups, including Latinos, indigenous Americans, people of colour, Muslims and people with diverse sexualities. These include calling for a ban on all Muslims entering the United States.  He has also made a number of sexist comments about women and been accused of sexual harassment by several women.

As has been noted in Australia in the context of the debate over marriage equality, public discourse about marginalised groups can have a direct and profound impact on the mental health of individuals, particularly people who are young or otherwise vulnerable to these messages.

Young people in many minority and stigmatised groups, such as LGBTI communities, already experience higher rates of mental illness and suicide compared with the general population. Giving someone with these racist, xenophobic and sexist views the status of ‘leader of the free world’, will add to his platform to air these views and increase the risk of a negative mental health impact on minority groups.

Australia is not a big exporter of health goods to the USA but for those companies which do supply pharmaceuticals, medical devices and other products the outlook is not good.   Trump’s inward-looking trade policy, which includes increasing tariffs on imported goods, will impact upon Australia’s exporters by making their products more expensive in the US market.  This includes high profile companies such as Cochlear and ResMed as well as a number of smaller companies with niche products.

In the lead-up to his campaign and prior public life Donald Trump has made a number of false and misleading statements about health issues.

For example he has more than once endorsed the disproven belief that there is a causal link between vaccinations and autism – a false belief that has resulted in many parents choosing not to vaccinate their children and thereby exposed them to the risk of potentially fatal diseases.

He has also claimed that Mexican immigrations is resulting “tremendous infectious disease pouring across the border”, despite the fact that there is no evidence that Mexican immigrants have poorer health status than Americans and that in fact Mexico has a higher vaccination rate than the USA.

Hopefully he may be less likely to make incorrect statements once in office and surrounded by better informed advisors. However, given the struggle that medical researchers, scientists and doctors have had in convincing some sections of the community that this theory has been comprehensively disproven, even his past statements on this issue are likely to have an ongoing effect in some circles.

The scientific and medical research community has strongly criticised Trump for his lack of respect for science and his refusal to accept evidence-based findings in relation to climate change and other issues.

In fact, the American Physical Society has stated that “Trump will be the first anti-science president we have ever had”.  The USA has been a world leader in medical research, much of it undertaken via the National Institutes of Health (NIH). Trump has not outlined his views of medical research but has stated “I hear so much about the NIH, and it’s terrible.” A major reduction in budgets for the NIH would have a negative impact globally on the progress of medical research in a number of areas.

A key factor in determining the future of health care policy and medical research under the Trump administration will be the appointment of the Health and Human Services and NIH chief.  Dr Ben Carson has been one name put forward as a likely candidate.  He is a private sector physician who vigorously opposed the Affordable Care Act, has called for the overturning of Roe v. Wade and does not believe in evolution.