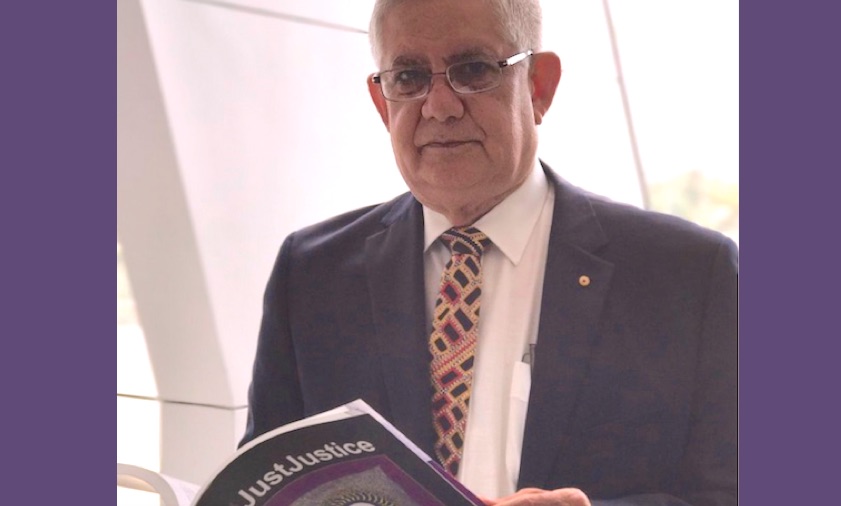 What can a federal health minister do for #JustJustice? Ken Wyatt has some ideas…

How many health ministers have ever chosen to give a media interview explicitly addressing concerns about the over-representation of Aboriginal and Torres Strait Islander people in custody and prisons?

Croakey is prepared to wager a small bet that the answer is “not many, if any at all”.

So Ken Wyatt, AM, Minister for Indigenous Health and Minister for Aged Care, is breaking new ground in signalling the importance of this issue for the federal health portfolio.

In the interview reported below by Croakey contributors Dr Megan Williams and Summer May Finlay, Minister Wyatt highlights the need for primary health care systems to provide better continuity of care for prisoners upon release, as a strategy for both improving health outcomes and reducing re-incarceration rates.

He also reiterates his concerns about the failures by health and police services that contributed to the death of the late Ms Dhu in policy custody in South Hedland in 2014.

In this ABC radio interview late last year, Wyatt spoke powerfully of the inhumanity of government agencies in failing to respond to Ms Dhu’s needs, and expressed disappointment in the WA Country Health Service.

He also said it was disappointing that so few Australians were outraged about the way Ms Dhu was treated; at the time, he had not received one email protesting against her care, notwithstanding the vocal campaign that has been mounted by her family and supporters.

The article below is a second report arising from an interview conducted on the day that Minister Wyatt was sworn in (read the first one by Finlay and Williams about his priorities for the portfolio).

It kicks off a #JustJustice series running at Croakey this week to coincide with The Guardian Australia’s project, Breaking the Cycle.

But there is promise in Minister Wyatt’s leadership on this issue, not only for Aboriginal and Torres Strait Islander peoples, but for all Australians.

Prison rates are generally rising all across Australia, not only among Aboriginal and Torres Strait Islander peoples.  Success among our First Peoples is likely to also assist others. Incarceration is high among any population who experience socioeconomic disadvantage, and who have complex health needs.

In our interview, Minister Wyatt stressed the importance of improving continuity of care from prison back to community life – arguably the most beneficial strategy for reducing post-prison deaths and risks for re-incarceration.

“What we’ve got to do is look at the principle of…what is the best pathway to continuous and ongoing health for Aboriginal people going in and out of custodial settings?” he said.

But despite international evidence pointing to the need for continuity of care, which can reduce re-incarceration as well as poor health outcomes from prison to post-prison release, such research is scant in Australia and among Aboriginal and Torres Strait Islander people.

This missing evidence is misconstrued as ‘lacking evidence’. As a result, programs target the general prison population, exclude people on the short sentences often served by Aboriginal and Torres Strait Islander people and result in low levels of access to the kinds of care need.

Minister Wyatt believes that the result is people exiting custody without adequate support, who are “extremely vulnerable… they’re not sure of that continuity back, even with their own GPs, if they’ve got a GP, because things change”.

This works against the Closing the Gap targets that his portfolio is charged with meeting.

Continuity of care is critical

Minister Wyatt said: “If we don’t look after that continuity of care, then it means that people’s lifespan diminishes with each of the chronic illnesses they acquire.”

He made it clear that he recognises the effective and efficient contribution that comprehensive primary health care makes, especially that provided by Aboriginal Community Controlled Health Organisations (ACCHOs).

Minister Wyatt has an overall vision “to see better access to primary healthcare for every Aboriginal and Torres Strait Islander person.” This means in mainstream healthcare settings, but Minister Wyatt adds, “part of my discussion with NACCHO will be around the way in which we are more strategic in some of the things that we’re thinking about.”

Further, he would like to see “an agreement between Community Controlled Health Organisations and State and Territory governments that can give serious consideration to options about Aboriginal people going in and out of custodial settings.”

He also stressed the need to look at whole-of-government approaches “because one single agency cannot deal with an individual that has complex conditions around them.” Hopefully the interdisciplinary thinking of his Cross Portfolio Working Group will assist with this.

Not only is a lack of continuity of care a risk for poor health but so is incarceration itself. Incarceration has been shown time and again to worsen health.

This then has implications for the wider determinants of health, reinforcing a negative cycle whereby poor health can make it even harder for former inmates to find work.

Minister Wyatt has obviously played the tape forward: “If you’ve got poor health… employees don’t want to take a risk on somebody who’s going to be continually sick. And then you’re caught in this spiral… ending up with recidivism and going back inside.” 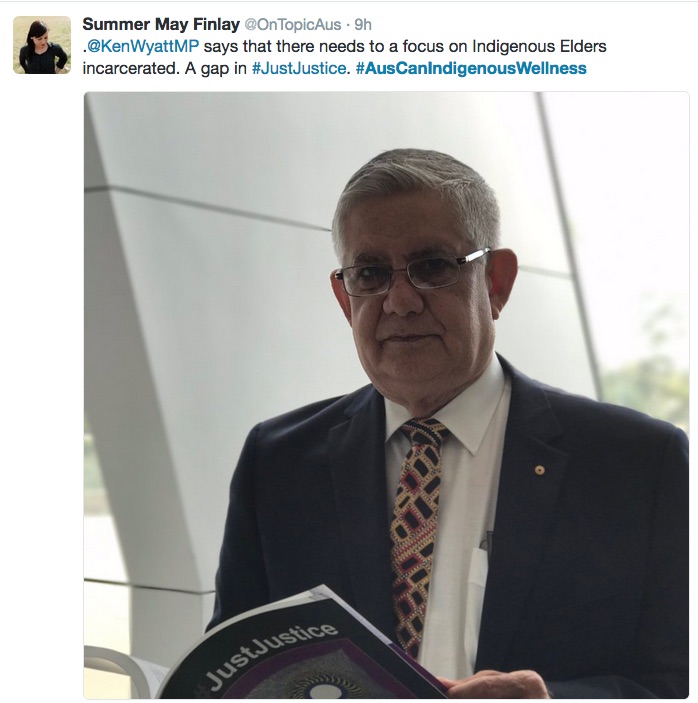 As it stands, a majority of Aboriginal and Torres Strait Islander people released from prison do end up back inside. The more times they are incarcerated, the longer the sentences they serve.

This is also relevant for Minister Wyatt in his role as Minister for Aged Care.

In what seems like a first, the needs of ageing prisoners are also on the Minister’s agenda, and he raises concerns about the needs of those with dementia.

“If we consider dementia, because there’s a routine within prisons [there’s] an element of consistency of daily living, but once you’ve changed that and you release somebody who may have dementia, then you are leaving him to a vulnerable context,” he said.

Speaking up for Ms Dhu

Minister Wyatt has crossed into territory that other Ministers have avoided, including deaths in custody, particularly Ms Dhu’s death in police custody in Western Australia while being held over unpaid fines.

He stresses the responsibility mainstream health professionals have in preventing deaths of those in police custody, particularly conducting triage assessments in the same manner general community members can expect.

Minister Wyatt is clear about what went wrong in the treatment of Ms Dhu by both the police and health services. He says:

In this instance, and I suspect this may apply to other custodial settings where people are taken from a custodial setting to a hospital, that they’re not given that full passage through a triage process.

I would’ve expected questions would’ve been asked…taking the temperature, blood pressure, just two simple things would’ve given a sense of the urgency of her need and then it should’ve been addressed.

Minister Wyatt is concerned that currently the system allows police to determine if someone is to be taken to hospital or receive medical treatment.

When asked if he believes the police should be making health decisions, he said: “No, because they’re not qualified and that is an issue.”

Reflecting on the racism experienced by Aboriginal singer Gurrumul in Darwin hospital Minister Wyatt says this case highlighted a lack of responsiveness by health systems.

Minister Wyatt’s analysis and comments relating to health and incarceration contribute to a sense that he “gets it”.

However, awareness and insights into the problems are not enough. Without action to address poor quality care and gaps in continuity of care for prisoners and released prisoners, Minister Wyatt risks having more such deaths occur under his watch.

Twenty-five years ago, the Royal Commission into Aboriginal Deaths in Custody reported gaps in continuity of care, and warned us of underlying social and economic disadvantage worsening and leading to an increase in prison numbers.

And so they have worsened.

Minister Wyatt is clear on what he thinks needs to happen. He wants “every Australian who looked at that footage [of Ms Dhu’s poor treatment by police] to think – how would I have reacted if that was my child?”

As well as fair treatment, he wants practical changes like first aid and cultural awareness training being effective enough for police to “apply it out in the field”.

And he wants to see researchers, service providers and activists working “closely with the Aboriginal Medical Services.”

Minister Wyatt remembers previous pushes for a unified national approach to prisoner healthcare. The Public Health Association of Australia and the Australian Medical Association have both made recommendations that prisoners be eligible for Medicare, to allow them to have the same care in prison as in the community. This is also backed by the United Nations through the 2015 Nelson Mandela Rules.

Minister Wyatt brings with him a set of ingredients for change we’ve never had together before – his relationship with the ACCHO sector, support for the Redfern Statement, interest in continuity of care and acknowledgement that ACCHOs play a significant role in improving Aboriginal and Torres Strait Islander people’s health.

Wyatt will need to work closely with the federal Indigenous Affairs portfolio to ensure funds and programs do address determinants of health, including justice. He will need to restore funding cut since the 2014 budget, and work across federal, state and local boundaries to ensure Aboriginal people’s right to self-determine solutions are met.

We will also need to see genuine engagement from all states and territories with Minister Wyatt and the Aboriginal Community Controlled Health sector to develop solutions to support some of our most vulnerable people: those who have been incarcerated.

Perhaps it will take a Minister for Indigenous Health to make the difference for #JustJustice?

• Dr Megan Williams, who is a descendent of the Wiradjuri people of central NSW and also has English and Irish heritage, is a Senior Research Fellow at Western Sydney University.

• Summer May Finlay is a Yorta Yorta woman, public health practitioner and PhD scholar at the University of South Australia. 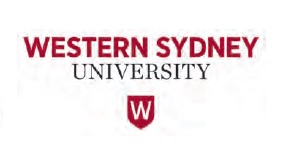 And some feedback from a public health reader in the US…