Home Croakey projects What can doctors do to better address climate health impacts? A quick glance at the iDEA conference 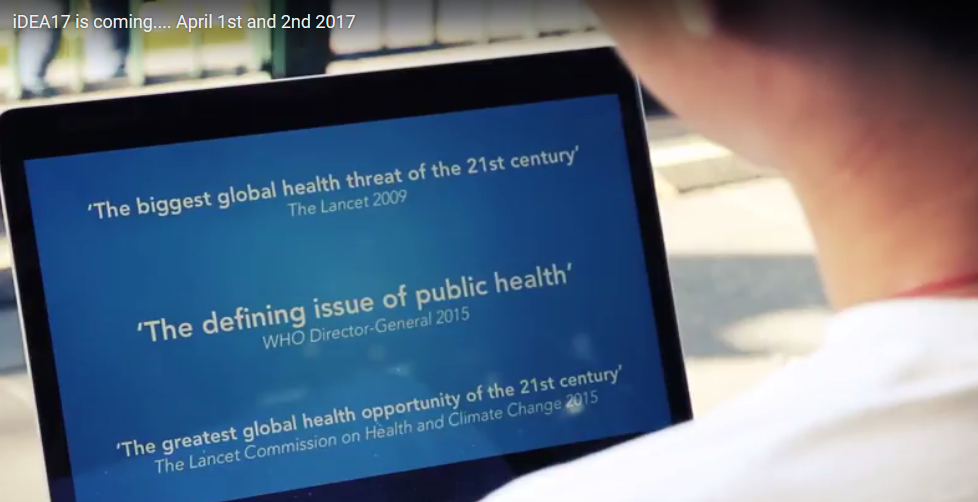 Still from the conference promotional video: watch it below

What can doctors do to better address climate health impacts? A quick glance at the iDEA conference 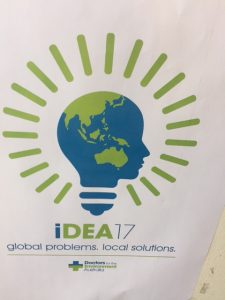 Doctors for the Environment Australia are this weekend holding their annual national conference in Melbourne, with the theme: Global problems, local solutions.

Saturday’s sessions opened with a graphic presentation on our changing climate from Dr Karl Braganza, Head of Climate Monitoring at the Bureau of Meteorology’s National Climate Centre, and closed with an alarming look at the implications for health from coral bleaching, with a focus on the Great Barrier Reef, from Adjunct Professor Marion Carey.

It included a great panel discussion with medical college presidents of climate change and health in the training of specialist medicine, with interesting outside observations from Professor John Middleton, president of the UK Faculty of Public Health – ‘why isn’t every rooftop here covered with solar panels?’.

You can read a selection of tweets from the conference here or follow the #iDEAConf hashtag, which trended nationally.

You can also watch three video interviews below with key presenters.

Associate Professor Grant Blashki from the Nossal Institute of Global Health, and a Melbourne GP, talks ahead of the conference about the important role that GPs can play in vital public issues like climate change and the co-benefits of climate action for other health issues like obesity and diabetes.

He also criticises comments made last week by Australian Medical Association President Dr Michael Gannon that the health benefits of closing down brown-coal power plants like Hazelwood in Victoria need to be considered against the health impacts of unemployment and blackouts.

You can read his BlashkiBlog for more climate health discussions.

Helen Szoke, CEO of Oxfam Australia, at #iDEAConf in Melbourne

Helen Szoke, CEO of Oxfam Australia, talks about climate change as one of the biggest global barriers to lifting people out of poverty, and how developing nations like those in the Pacific are not only bearing the brunt of impacts but are leading the way with responses which she hopes will “shame” action out of countries like Australia. She says the medical profession can play a vital role in climate action, as doctors are able to “speak to power” in different ways than civil society can.

Dr Bastian Seidel, president of the Royal Australian College of GPs, at #iDEAConf

Dr Bastian Seidel, president of the Royal Australian College of GPs, describes himself as a ‘climate witness’ and says not a day goes by in his Tasmanian practice where he does not see the health effects of climate change, whether it be allergies or the effects of drought or bushfires. He discusses the difficulty in getting climate health on the agenda with government in the face of so many other issues for GP and of efforts by the College to ensure that climate change will feature prominently in the curriculum for GPs.

You can also watch this great little conference promotion video.