What can we learn from the history of health reform in the UK? (part 1)

Some of the world’s leaders in health reform and quality improvement are heading to Australia as part of a series of workshops organised by the Australian Healthcare and Hospitals Association, in conjunction with various partners.

In the first of a series profiling some of these visitors and their contributions to health reform, the AHHA’s Terrie Paul describes the formidable achievements of the surgeon and UK health reformer, Professor Lord Ara Darzi.

A Baghdad-born Armenian who grew up in Ireland, Professor Lord Ara Darzi is one of the world’s leading surgeons. He is a charismatic Renaissance man who operates at 6am, pioneering robotic non-invasive technology, but still finding time to be a formidable committee man.

Darzi’s family fled the genocide by the Ottoman Turks during World War I. He attended a Jewish school and at 17 went to study medicine and surgery at the Royal College of Surgeons in Ireland. He quickly became fascinated with minimally invasive surgery at a time when it was viewed with suspicion.

After moving to the UK as a consultant surgeon in 1991, he wrote a seminal paper about his first laparoscopic colorectal cancer resection. By 1994, he was an honorary consultant at Imperial College and the Royal Marsden. Knighted for his services to surgery in 2002, he then became the Paul Hamlyn Chair of Surgery at Imperial College and Professor of Surgery at the Institute of Cancer Research. 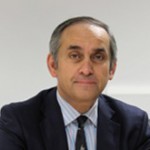 When Darzi was summoned to the UK Prime Minister’s office in June, 2007, he thought he was going to get a slap for his radical ideas for reforming the National Health Service (NHS). Gordon Brown, to his astonishment however, asked him to be a Health Minister.

In 2008, he launched High Quality Care for All – a report that inaugurated a sea change in government policy. While Darzi presented his next stage review as an extension of Labour policy, the truth was quite different.

He instilled in government policy and thinking a patient-centred and scientific approach to health reforms. Market-based decisions were replaced with quality considerations:  effectiveness, safety, and, above all, the patient experience.

This was a watershed for the time. Bureaucratic managerialism had been replaced with a new ideal – medical professionalism and clinical engagement.

Touted as “the non-political politician”, Darzi put a halt to the formula that buried the NHS in perverse incentives. He invited medics to contribute to the design of their own targets and engaged them in reform.

By moving the focus to quality of care after Labour’s decade-long obsession with quantity (anyone care for a slice of activity based funding?) the morale within the NHS improved, as did its public standing.

For the first time, NHS organisations were charged with publishing quality accounts. Institutions and individuals were rated by how well they performed, and not just how many patients they processed.

By continuing his clinical practice, he forged respect with the public and alliances with those who could help him traverse political territory. He saved a colleague’s life using a defibrillator on the floor of the House of Lords, and helped another stricken by kidney stones when No 10 sent him on a 3am house call.

He contributed to on-line forums, asking questions on parent sites like “What makes it difficult for you to access health services? and “ If you want to access services outside normal working hours, how do you decide where to go and what to do?

Professor Sir Bruce Keogh, cardiothoracic surgeon turned NHS Medical Director, agrees that Darzi’s contribution to the quality agenda has been huge: “What he has done very effectively is change the mindset.”

After publication of his review, Darzi saw his job as mostly done, but stayed for a further year to steer the implementation of his reforms. Never having intended a long political career, he resigned in July 2009 to concentrate on his passion for advancing the revolution in robotics and image-guided surgery.

• You have the opportunity to meet with Lord Darzi when he visits Australia later this month.  The Australian Healthcare and Hospitals Association, in collaboration with McKinsey & Company, is running a series of workshops around the country with him.  Visit here  or phone (02) 6162 0780 for more information.

COVID-19 wrap: how can we protect children at school?

PrevPreviousOut-of-pocket health costs: adding to the burden on patients
NextWhat can we learn from healthcare reform in the UK? (part 2)Next