What do the polls tell us about bulkbilling co-payments? 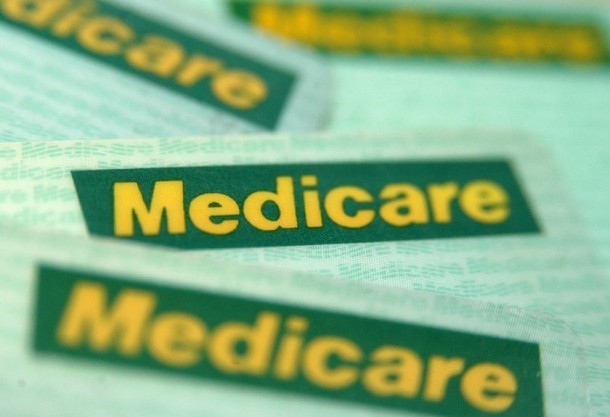 The opinion poll released on Monday in the Fairfax media is being interpreted by some commentators as supporting the proposal for a GP bulkbilling co-payment, reportedly under consideration by the Abbott Government.

Around half of the people polled said that they supported charging a means-tested co-payment for bulkbilled GP services.  The same proportion of people also supported the Government taking action to ‘curb the cost of Medicare’.

Opinion polls have their uses but caution should be exercised when interpreting the results of this poll as a vote for shifting health care costs from Governments to consumers.

In fact, polls on complex policy issues such as this should be seen as akin to horoscopes – ambiguous enough for all readers to find confirmation of their existing biases and to justify the course of action they were going to undertake anyway.

This is because questions about health resource allocation make little sense devoid of context and without being considered against alternative options.

People cannot make an informed and genuine choice about how they would prefer to pay for health care unless they are presented with a range of competing options, along with their benefits and disadvantages.

A more useful question to ask would have been ‘if we need more money for our health system would you support raising it from progressive taxation or increased consumer co-payments?’  This at least would have allowed people to express their preference for one source of additional funding over another.

The poll result also needs to be interpreted in the light of international research about the impact of co-payments on health service utilisation.

Most people are probably not aware of the international evidence showing that increasing co-payments for primary health care will not reduce our overall health care costs. In fact, according to some studies it may increase total health care expenditure by creating access barriers to the most cost-effective form of care.

This poll also reinforces the false view that Australia’s health budget is ‘out of control’.   Again, this is not supported by the evidence or reflected in consumer behaviour. Both Governments and individuals are spending more on health that we did a decade ago but on current trends the figures show that our spending is sustainable.

The fact that half of those polled agreed that action needs to be taken to reduce our health budget is more likely to reflect the success of the Government’s strategy to convince us that drastic action is required than any realistic assessment of our current level of health spending.

Most people are probably not aware that Australia’s health budget is around average for industrialised countries and that for this level of expenditure we obtain better-than-average results.

Had the poll asked “Should Australia continue to spend around the OECD average on health care, as long as this delivers good value to the community?” it no doubt would have obtained a different result.

In fact, the one area in which we are not performing well is in the demands we place on individuals to fund their own health care.

By international standards our individual contributions to health care costs are high. Australians pay for a higher proportion of our health care directly than do citizens of most other OECD countries, including the USA.

There is good evidence that direct consumer payments in our health system care already causing access barriers to vulnerable people and that increasing existing payments or introducing new ones is likely to make this worse.

Recent research by the Consumers’ Health Forum found that families are being forced to choose which of their sick children to treat as they are unable to afford medicine for all of them.  Other people reported forgoing essentials such as food in order to afford their health bills.

Many Australians are not aware of this situation because the burden of these individual payments fall primarily on those who have a chronic illness or disability.  The voices of these people are often not reflected in opinion polls and consultation processes simply because they are often too busy dealing with the immediate problems related to their conditions.

As anyone has experienced a chronic illness (or cared for someone with one) knows, navigating the health system to find the appropriate mix of services can itself be a full time job, leaving little time or energy for advocacy (or responding to opinion polls).

Another issue that many people would not be aware of is the difficulties involved in developing  an accurate test for health care affordability.  An income-based  means test is not an accurate measure as people can be on very low incomes – for example a young healthy student – and have no problems affording their health care costs.

Conversely, others on medium or even high incomes can struggle to meet the costs of necessary care.  This is particularly the case for families where more than one person has a chronic illness and for people with life-long disabilities.

An income-based test for bulkbilled services would miss the crushing burden of health care costs being experienced by many families on middle incomes and self-funded retirees, while doing nothing to improve the efficiency of our health system.

Improving the value we obtain from our health care expenditure is an important issue and the Government should be applauded for putting it high up on the agenda.   However, the search for viable policy options should be based in genuine consumer consultation, in particular with people who are high level users of the health system.

Regardless of the polls, short-term measures to prop up the figures on Budget Night will do nothing to deliver a high quality and equitable health system for Australia’s future.

PrevPreviousCongress Lowitja to focus on racism and the growing risk of “interventions”
NextWant Medicare savings? Stop paying for private hospitalsNext