Home The Croakey Archives Elections and Budgets 2013 – 2019 Federal Election 2019 What has the Coalition promised for health? 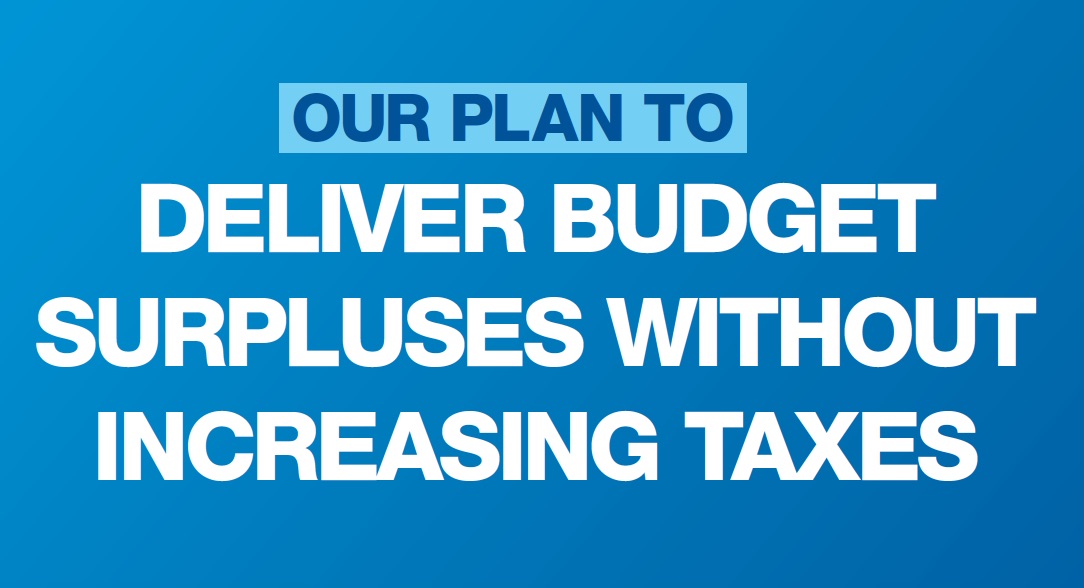 What has the Coalition promised for health?

What can we expect from the Coalition Government for health and healthcare policy?

Croakey contributing editor and columnist Dr Lesley Russell dives into Parliamentary Budget Office analyses, election promises and Budget papers, and concludes that what is on offer “is certainly so much less that what Australia needs”.

The election results will have profound consequences for the direction health and healthcare policy takes over the next few years and begs the question of what those outside of government who had high hopes for progress on needed reforms can do now.

However Australians voted, it is clear that almost all (with the possible exception of a few specialists making a fortune in the private system and Health Minister Greg Hunt and his colleagues) want to see changes in how healthcare is targeted, delivered and paid for, mechanisms to address inequalities and disparities, greater integration across and between the various parts of the healthcare system/s, and a greater focus on health and wellbeing.

The lists of election policies provided by the major political parties and their costings are available on the website of the Parliamentary Budget Office (PBO).

Those from the Coalition (and the costs provided by the Coalition) are provided in the table below (this may not be a complete list of all campaign commitments) and can be read here.

The PBO is required to provide a post-election report that presents the budget impacts of each of the election commitments of the major parliamentary parties, including their aggregate impact on the fiscal position. Watch this space.

The Coalition has committed a total of $516.8 million over four years to health and sport, with the majority of this ($328.8 million) going to lowering the thresholds for the PBS safety net by 12 scripts for concession card holders and the equivalent of two scripts ($81.90) for non-concession card holders. Don’t be surprised if you were unaware of some of these initiatives which received little or no national spruiking during the campaign.

These commitments should be read alongside the Liberal Party’s campaign documents. Our Plan for Strengthening Australia’s World Class Health System is about a “long-term National Health Plan” that is based on four key pillars: Medicare and medicines, hospitals, mental health and medical research. These are the issues that were the key focus of the Government’s election campaign.

The election commitments should also be read in conjunction with those made as part of the 2019-20 Budget, using some caution as the Prime Minister has indicated that there may be more budget work to be done this year.

There is no additional funding for Indigenous affairs in the Government’s election commitments. Their campaign document Our Plan to Support Indigenous Australians does commit to a Refresh of Closing the Gap, working in partnership with Indigenous people and communities, and constitutional recognition.

Unnoticed and unremarked during the campaign was that the cost of the Coalition’s election commitments is more than off-set by $1.514 billion in savings as a result of an extension of the current cross-portfolio efficiency dividend (set at two percent).

These cuts – already impacting the ABC – will mean more cuts to the public service with the loss of an estimated 3,000 additional jobs. 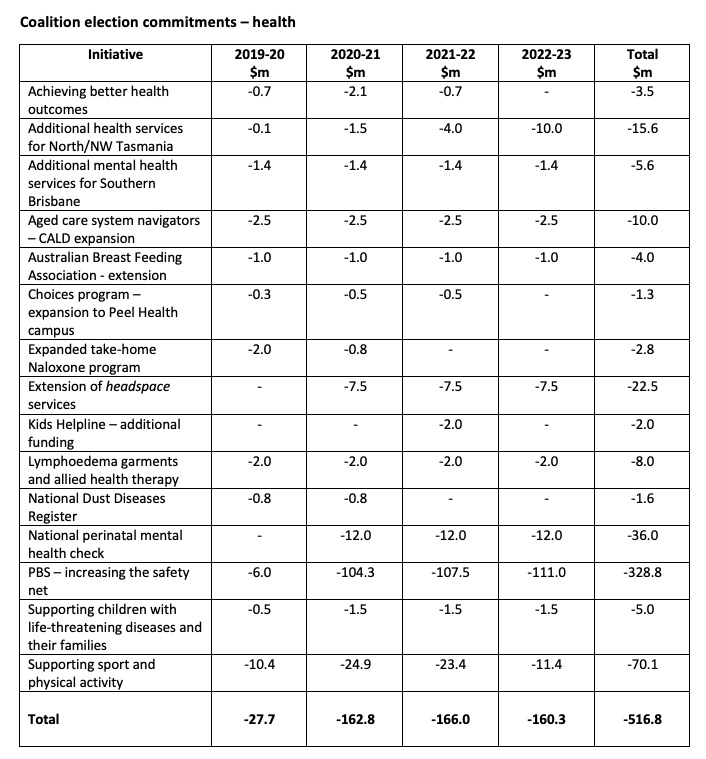 These commitments – in their targeting, scope, size and language – give us a glimpse into what the future of health and healthcare in Australia looks like for the next three years.

Will we now limp along – and for how long? – with an outdated healthcare system that admittedly delivers pretty good outcomes overall but at a cost to individuals that increasingly leaves large numbers of people missing out and suffering poor health and quality of life?

Is this status quo what Australians knowingly voted for?

Over the next weeks and months, there will be much analysis and discussion on “where to from here?”

The Labor agenda is effectively dead and Labor has already been beaten into submission – it will be a long time before we see another election that is about substantive policy options.

We do not yet know how brave Labor, with new leadership yet to be determined, will be in the smaller task of taking on or working with the Government on health-related issues in the Parliament.

The hard work of driving needed health and healthcare reforms will now only be possible at the community level – admittedly where the best place for this work has always been.

It can be done, despite the obstacles posed by lack of Government interest and support, funding that is inadequate both in quantity and outlay mechanisms, state-federal and acute-community divides, and malaise (if not outright obstruction) from individuals and organisations in the healthcare space. It can be done – because it already is.

The individuals and organisations involved in these innovative initiatives (and those who support them) must now shoulder an additional burden – to publicise and proselytise their work, to make sure it is evaluated and costed, and to work with peers and colleagues to expand such innovations. There is a role here for public interest journalism (like Croakey) to make sure these good news stories are told, recognised and rewarded.

Prime Minister Scott Morrison and Health Minister Greg Hunt made an election fetish out of telling stories about the people helped by their healthcare funding.

There are so many other stories and it is now imperative they are told: the Aboriginal children who are thriving in school because of hearing services; GP practices that, despite problems and costs, specialise in delivering care to those in residential aged care facilities and palliative care; school kids growing and cooking their own healthy lunches; the homeless who show up at the Emergency Department and are provided with access to the social services they need; primary care services for refugees that also help them with employment; and men’s sheds that provide companionship and mental health support for veterans.

This is not the only way forward, but it does provide an opportunity, mixed metaphors aside, to let a thousand flowers bloom, sow some seeds, and for Australia to then reap the rewards.

Good solid results and improved health and economic outcomes, backed up by data and participant/patient stories, cannot be ignored by media, policy makers, voters – and eventually even conservative governments.

• Dr Lesley Russell is a contributing editor at Croakey and a regular columnist at The Health Wrap. Follow on Twitter at @LRussellWolpe.