What is the value of a Medicare price signal? 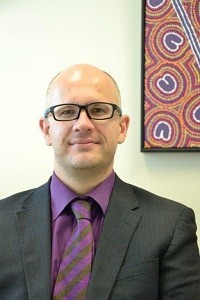 Health Minister Sussan Ley has re-affirmed the Government’s commitment to the GP co-payment, arguing that it is necessary so that people ‘value’ the health care they receive.  In the following piece, the Consumers Health Forum CEO, Adam Stankevicius, questions the Government’s association of price signals with value, given the fact that Medicare has provided Australians with some of the best health outcomes and longest life expectancies in the world.   He writes:

When the Government began its ill-considered attempt to cut Medicare funding last year, it should have known that provoking the doctors can turn out to be a very expensive business.

What began as a surprise measure to slug patients $7 per GP, pathology and diagnostic imaging visit, sling the doctors a couple of dollars and fund an ambitious $20 billion medical research future fund has transmogrified several times. The idea of generating more money from doctors’ visits to finance something other than doctors’ incomes was always naively ambitious.

Wonderful idea, said (some) medical scientists and well-meaning commentators.  A pity that the chronically ill would be required to bear the burden of a policy delivering possible therapeutic advance beyond their lifetimes.

The Government seems to have been caught unawares that its future medical research fund has morphed into plans for a present day doctors’ income boost.

It should not be. For many years, GPs have struggled to maintain their incomes as Medicare benefits shrank in real terms, so the responses of those whom the government bothered to consult (the AMA) were always going to be about doctor’s incomes.

That’s what unions do – they protect and build members’ incomes, the AMA is no different. However we fear that the Government seems not to be learning from its troubled policies over the past year.

From having a “no talkies” approach to the AMA and consumers, the new minister now talks to doctors at every opportunity, and has only belatedly begun talking to consumer reps.

The Minister should keep in mind that doctors are merely those with medical skills, until the first consumer knocks on their door – only then do they become a practitioner/provider. The horse-trading appears to have moved from a potential cost to doctors to a general dismantling of the Government’s doctor-impost and research-funding combo.

The future fund may lose the co-payment as a future funding source and the AMA is now ramping up pressure for the Government to drop its three-year freeze on Medicare benefit adjustments.

The expected $3.5 billion “savings” the Government was expecting now seems a far off dream, and we are now back to the drudgery of arguing over who the costs get shifted to: consumers, state/territory governments or practitioners Is it too much to hope that the Government may be beginning to understand that unexpected and unwanted outcomes are always more likely when the original plan is based on thin thinking, little analysis and no evidence?

That planning reality applies acutely in the complex, costly and emotive area of health care. The Health Department has reluctantly and repeatedly acknowledged that the impact of the various Medicare co-payment proposals on the health system has not been modelled.

What, we ask, is the point of a health system unless the impact on patient care is not the first point to be considered?  The Consumers Health Forum has long argued, and published the evidence, that there are other ways to make the health system more cost effective, such as reducing avoidable hospitalisations.

The international research shows that slugging patients at the entry point to health care is not one of them. The new Minister continues her drive for a “price signal”, or as she now curiously refers to it, a “value signal” in Medicare.

The results of these efforts are undoubtedly to downgrade Medicare from a universal system to a safety net. That would be to ignore the real “value” of having a system that has as its founding principle equal access for all.  Of course there are many Australians who can afford and do contribute towards the cost of their visit to the GP.

The real “value” that seems to be ignored by this government is that Medicare has underpinned some of the best health outcomes and life expectancy rates in the world, surely that kind of value is worth maintaining?

But the inclusion of what amounts to a mandatory Medicare co-payment by virtue of reducing the current payment to the GP, erodes the universality of Medicare, opens the way for future shrinking of a universal and public good, when the evidence for what makes a cost-effective equitable, health system points the other way.

Trying to introduce some form of cost signal for Medicare raises questions of who should or should not pay extra and how to oversee and administer this: a red tape extravaganza for a Government madly against red tape.

More broadly, the expansion of a two-tiered health system, already thriving in the elective surgery sphere where those who can afford health insurance get preferred treatment, has come at exploding cost to individuals and the taxpayer.

Look at the mecca of health price signals, the United States, where health soaks up nearly double Australia’s expenditure in GDP terms. A successful health care system is much more than an accounting exercise or making the books balance.

We suggest that the Government suspend its bean-counting tactics and instead look to a strategy that takes account of the whole health care structure, starting with the patient, and focussing on health outcomes. At the moment it seems the Government is intent on pulling the bricks out, one by one, from the Medicare wall, until it reaches the point of collapse.

Adam Stankevicius is CEO of the Consumers Health Forum of Australia