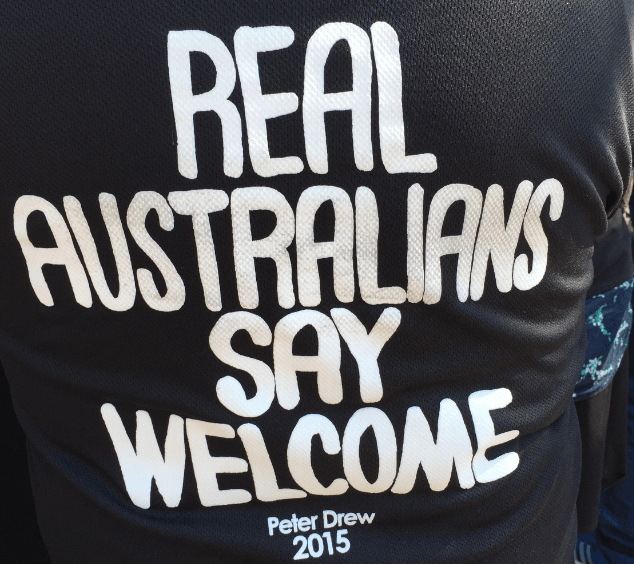 What (more) can the health sector do to end harm to asylum seekers? Not praise their “very high level of health care” for a start?

The Human Rights Law Centre said a Federal Government plan to cut income and accommodation support from Monday for asylum seekers who have been transferred to Australia from offshore detention for medical reasons is “a shocking act of cruelty“.

The plan rejects clear warnings from leading health organisations about the risks to a very vulnerable group of asylum seekers and raises questions about what health professionals can do to convince the government to put an end to ongoing physical and mental harm from Australia’s offshore detention system.

In a joint submission to last year’s Senate inquiry into the treatment of asylum seekers and refugees at the Nauru and Manus detention centres, the Royal Australian College of General Practitioners (RACGP) and the Australasian College of Emergency Medicine said:

Many of the individuals transferred from the RPCs (regional processing centres) in Australia for medical reasons, including women who have delivered infants in Australia, are unlikely to recover to a point where return to Nauru could be considered from a health or safety perspective.

The reasons for this are varied and include women who have alleged sexual assault and express fear for their safety, individuals for whom the primary cause of their psychological ill health is their detention experience and individuals with complex mental and or physical health care needs which are unable to be met by health services on Nauru.

The submission catalogues and reiterates evidence from medical groups mounted over years that Australian immigration detention “is detrimental to the physical and mental health of people of all ages, both in the short and long term”.

Fairfax Media revealed today that the Turnbull government will on Monday effectively throw up to 100 Australia-based asylum seekers onto the street by immediately cutting their $200 a week income support and giving them three weeks to find a place to live. Refugee advocates fear that is just the beginning, with another 300 people also at risk.

The ABC quoted a spokesman for Immigration Minister Peter Dutton as saying the asylum seekers in question were expected to return to Nauru or Manus once their medical treatment was completed.

“They were brought here temporarily, but refuse to return and take out court injunctions to prevent their removal,” he said.

“Those whose treatment has been completed will be told the Government, the taxpayer, will no longer provide financial assistance.”

Fairfax today also revealed that International Health and Medical Services (IHMS), which is contracted to look after refugees on Manus, has no idea who will replace it in just two months when Australia withdraws entirely from the island.

As Fairfax reports, the Manus centre is due to close completely by that date, but about 700 refugees are still awaiting promised resettlement in the US, and the future for 250 asylum seekers whose claims have been rejected also remains uncertain.

“Trust the doctors to advise on medical treatment”

It’s been written so often put that it almost risks being a cliché, but the government’s latest move comes on top of growing concerns about the mental and physical health of asylum seekers and refugees on Nauru and Manus.

That was tragically illustrated with the death of Hamed Shamshiripour on Manus earlier this month – the eighth asylum seeker to die in offshore processing – as this graphic account in The Saturday Paper outlined.

Last week the Royal Australasian College of Physicians (RACP) called for the immediate medical transfer to Australia of up to 50 asylum seekers, including three pregnant women who are considering terminations, following a report by Guardian Australia that their medical transfers had been refused or not considered despite medical advice.

“The Australian Government has a responsibility to ensure people in detention have access to the same level of care in Australian hospitals.”

RACGP President Dr Bastian Seidel renewed calls for an independent medical review panel on Manus and Nauru,  saying doctors working at the centres “need to have the authority to advise on medical treatment”.

“If the government doesn’t trust the expertise of doctors on the ground, we should have an independent body,” he told Croakey.

But hopes to build momentum to pressure the government on medical grounds took a blow on Wednesday when Australian Medical Association president Dr Michael Gannon said the detainees had access to “a very high level of health care”.

Speaking on Radio National, Gannon said the case for bringing to Australia the three women seeking terminations was clear, given the procedure is illegal in Nauru, and he also conceded all patients should be transferred to Australia “if there are not the resources in Papua New Guinea or Nauru”.

However, when first asked about the wider issue of medical transfers, he said this was an “extremely complicated and contested area of health policy” and that he did not claim to be an expert “on matters of migration”. Despite much advocacy by the AMA in the past on concerns about health care available on Nauru and Manus, he added:

“And it’s very important to state that the Department of Immigration and Border Protection through agencies and contracts has delivered a very high level of health care”.

The comment prompted a tweet from Greens Senator Richard Di Natale comparing Gannon’s assessment on asylum seeker health care to that of his predecessor Dr Brian Owler, outlined in this speech to the AMA forum on the health of asylum seekers in 2016.

“I know who I believe,” Di Natale tweeted on Wednesday.

who campaigned for the presidency  on a conservative agenda, saying the AMA had become too vocal on issues like asylum seekers – later tweeted that the AMA was getting results for individual asylum seekers’ health issues by quiet diplomacy.

The line we walk past

As the Federal Government rolls out this latest assault on asylum seekers, it’s a good time to revisit Liberal MP Russell Broadbent’s recent speech to Parliament that broke ranks on the Coalition’s asylum seeker policies.

If only Christians fought like this for refugees. Imagine if the Coalition’s big men of faith threatened to tear down their own government unless it brings home the wretches we’ve imprisoned in the Pacific.

Surely there couldn’t be a greater service for Christ?

I couldn’t walk past it. Eventually you come to a place in your time here when, as a former member said in this House, ‘There’s a rubbish bin there and it smells and you can’t walk past it.’ Enough, El Shaddai. Shaddai, Shaddai, enough. I’m happy that the process with the Americans is working its way through, very effectively, at this time. And there will be a resolution. Once that time comes, it will be time for this nation, through its parliament, to act and resolve the situation on Manus and Nauru. Shaddai.

It’s a question that remains for all of us: are we walking past it?

PrevPreviousTribute to Yami Lester: reluctant public figure who lost his sight but never his vision
NextDiscourses and impact: how linguistic responsibility can help ‘Close the Gap’Next