What really matters for our health? Hospital waiting lists, or access to the internet, green space and community connections?

A new survey gives some handy signposts as to how our discussions about health and wellbeing might be usefully broadened.

The VicHealth Indicators Survey, a triennial survey of about 25,000 adult Victorians, was first conducted in 2007 and collects a wide range of information about the social determinants of health.

It is designed to “support the development and use of local community wellbeing indicators as a tool for informed, engaged and integrated community planning and policy making, to improve health outcomes and reduce health inequalities”.

While the report is aimed at local governments developing Municipal Public Health and Wellbeing Plans as required by Victorian legislation, it will no doubt be of interest to Medicare Locals.

In the article below, Dr Mark Ragg profiles the findings from the 2011 survey, and concludes that it is “heartening to see the social determinants of health so well used in a significant piece of research”.

Sick of seeing hospital waiting lists used as a proxy measure for health and health system performance? A new report – the VicHealth Indicators Survey 2011 – goes well beyond this.

Declaration of interest up front – we were commissioned by VicHealth to work with them on preparing this report. That over, it throws up some interesting findings.

For example, most retirees have internet access at home. Not as many as those youngsters, of course, but sometimes it’s easy for us to concentrate too much on differences.

An interesting social gradient exists with alcohol. The indicators looked not at consumption but at purchasing – questions related to ‘did you buy alcohol in the past week?’ and ‘how much did you spend?’.

Alcohol presents here as more of a problem for people with higher levels of income and education, who are employed, and who are not from culturally and linguistically diverse backgrounds. So any campaign to target those at risk from alcohol should be aimed at … well … those most likely to design such a campaign. That would make a change.

But the really interesting part of this report is the breadth of the range of indicators chosen. Obviously, hospital service measures don’t come into it. The usual risk factors – smoking, alcohol and obesity – are there, but dressed differently.

• Dr Mark Ragg is director of RaggAhmed (www.raggahmed.com) and Adjunct Senior Lecturer in the School of Public Health at the University of Sydney. 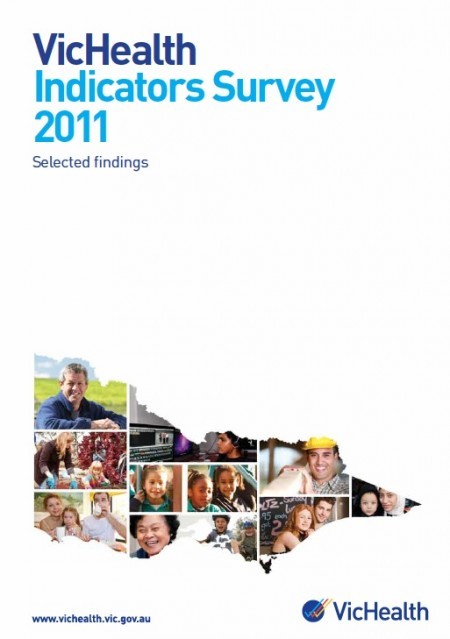