What to buy the PM for Christmas? And other shopping suggestions…

The Prime Minister and his wife, Margie Abbott, have recorded a Christmas message acknowledging that this has been a difficult year for many.

Meanwhile, Croakey contributors have been thinking about what they’d like the PM to find in his Christmas stocking…

(It’s worth noting though that their suggestions below were made before the PM’s recent comments about his achievements on behalf of women; otherwise he may have been gifted a few irons, as per this Aljazeera report).

Q: What would you like to buy Tony Abbott for Christmas?

A return airfare to a remote community and a swag to sleep in.
Dameyon Bonson, Indigenist – Advocate of Indigenous Genius, Indigeneity and Wellbeing

A month off. He looks tired, and I think the pace of PM life, which Julia Gillard talks about in her book, must prevent any chance to think or reflect. Just don’t put Scott Morrison in as Acting.
Marie McInerney, Croakey moderator, journalist

A house-swap for the summer with a family seeking refuge in Australia.
Marie Bismark, public health physician and health lawyer, University of Melbourne 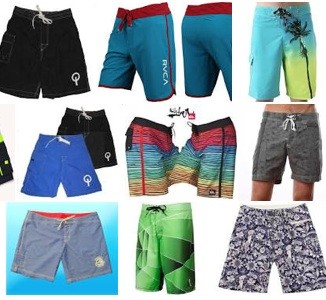 A couple of towels to cover himself up when he comes out the water with his budge smugglers – As I find his red speedos confronting.
Yotti Kingsley, University of Melbourne

A pair of board-shorts.
Julie Leask, School of Public Health, University of Sydney

Tricky….so many ideas….I think though that the Prime Minister will merely get a lump of coal in his stocking from Santa this year. He does not seem to be taking the hint from anyone else that he is on the naughty list…..though he seems to like coal…..as I said – tricky.
Michelle Hughes, Croakey moderator

A new pair of ears. His are standard issue but they clearly came with a manufacturing fault. The current working models not only listen, but also hear. (And I’d even chuck in a Cochlear device if necessary).
Margaret Faux, a lawyer, the founder and managing director of one of the largest medical billing companies in Australia and a registered nurse. She is a research scholar at the University of Technology Sydney

A heart full of determination to make Australia fairer and a brain full of the evidence on how you could do this and the strong will needed to implement the evidence against the lobbying of corporate Australia.
Fran Baum, Flinders University

I was going to suggest a hearing aid, to help listen to what people are telling him, but I fear it would only be directed towards the IPA and its followers.Then I was going to suggest a change table, to encourage him to change his mind on a few policies. However, he’s not afraid to change his mind – on climate change responses, on cuts to health, on cuts to the ABC, on university deregulation, on Gonski and on being a no surprises, no excuses government.So instead I would buy him a course on the scientific method – to introduce the idea of using evidence to influence whatever idea you have, whether that is on understanding climate change, health policy or even awarding prizes to history books!
Tim Senior, GP and Wonky Health columnist

A meditation session with either the Dalai Lama or Pope Francis – he can choose which!
Tarun Weeramanthri, WA Chief Health Officer

Ah well this is the season of goodwill.  Perhaps a personally signed copy of Augustine’s Confessions.
Stephen Leeder, Emeritus Professor, University of Sydney

A meeting with whoever was his confessor in his younger days.
Gawaine Powell-Davies, University NSW

A beautiful Dutch-style sit up bicycle, so he can start promoting bicycle use as everyday transport and not something that involves lycra and symbolises recreation only. If I had more money, I’d build him some high-quality bike infrastructure in Canberra and Sydney to ride on!
Ross Green, health communicator, Melbourne

That depends on whether Santa puts him on the naughty or nice list!
Tom Symondson, Acting Chief Executive of the Victorian Healthcare Association

Hmmm! So many possibilities. Compassion and understanding would be a good start.
Peter Tait, GP, ANU lecturer

I would buy him the complete set of books listed on the “Prime Minister’s Reading List”, just released by The Grattan Institute.  In their own way, each of the books and the one article illustrate one or more of the big political issues facing our nation at this time.
Don Perlgut, Executive Officer, The Bright Alliance, Prince of Wales Clinical School, UNSW

Ohhhh I like this question, so many things come to mind…. I would like to buy him a permanent lie detector that he has to have attached when speaking in public!
Anonymous

Mad As Hell DVD – just in case he missed it.
Amanda Wilson, University of Newcastle

George Monbiot’s 2013 clarion call to stop buying stuff is still ringing in my ears a year later.
So I wouldn’t buy him anything.
Lea McInerney, writer, facilitator, strategic planner

And in other Christmas and 2015 shopping suggestions, thanks to Jennifer Doggett for helping to compile this list.

Please feel free to add your suggestions in the comments section.

Membership of The Choir

Finally, if you would like to support Croakey and our colleagues in the Twittersphere, please consider buying T-shirts or other merchandise from:

And you can also buy T-shirts, hoodies, phone cases and other items featuring crowd-sourced Croakey designs. 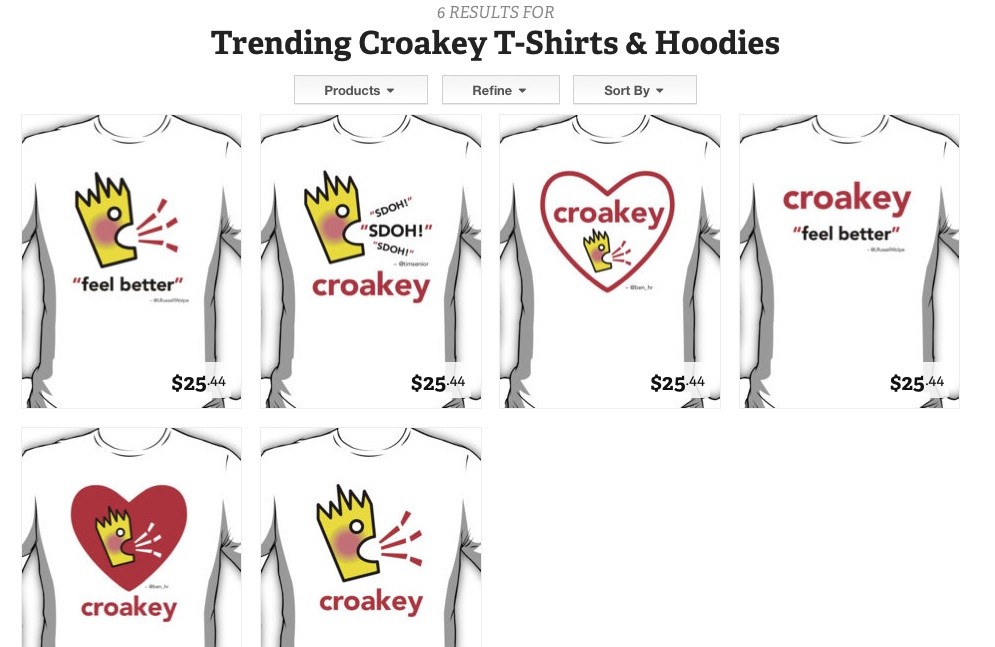 As healthy policy wonk Lesley Russell demonstrates below, wear Croakey on your heart (or your sleeve), and feel better… 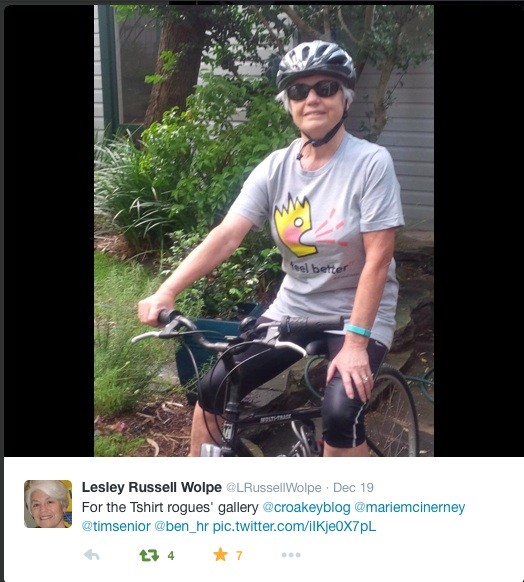 PrevPreviousLike it or not health and human rights are inexorably linked
NextBest wishes and thanks, from the Croakey teamNext