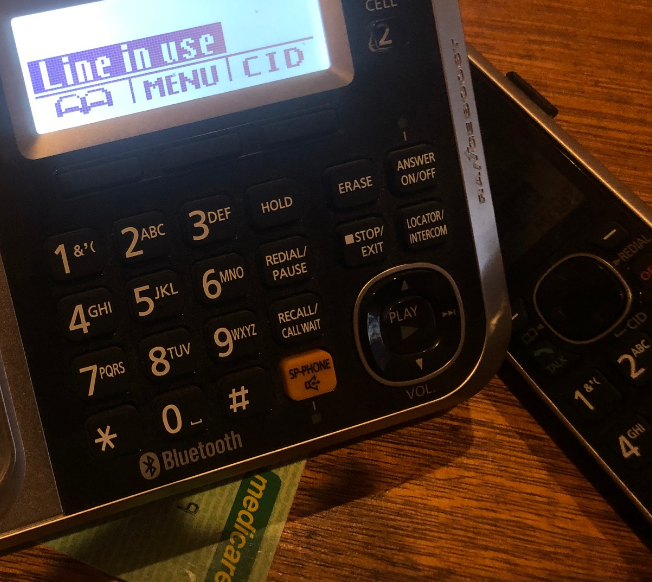 What will new restrictions on telehealth mean for healthcare access?

Federal Health Minister Greg Hunt has announced significant new restrictions on telehealth arrangements to take effect from 20 July that will allow access in most cases only for providers who “have an existing and continuous relationship with a patient”.

The move was welcomed by the Royal Australian College of General Practitioners (RACGP) and the Australian Medical Association (AMA), but has raised concerns about patient choice and access – as well as about timing, with just ten days’ notice given before the changes will be implemented.

Hunt noted some exemptions. The new requirement will not yet apply to people in Melbourne and the Shire of Mitchell who are back living under Stage 3 coronavirus restrictions, or to babies under 12 months or people who are experiencing homelessness.

“Too bad for people who infrequently see a doctor, want to change to a new practice, move home/town, don’t have established (relationships)”, tweeted Alison Verhoeven, CEO of the Australian Healthcare and Hospitals Association (AHHA), in response to the news.

“Analysis of how & why patients use telehealth should inform this decision,” she said, observing that some people may have a relationship with a GP but may not have been unwell in the 12 month period, been travelling or having specialist care.

“And does it reflect what people want and value? Hard to know when there has been no evaluation of when, why and how people want to use telehealth. As MBS rebates are the patient’s rebate, surely some consideration of system users’ views is warranted.”

In a statement on Sunday, the Consumers Health Forum of Australia said that, “in general terms” it supported the decision to limit Medicare payments for telehealth to consultations that patients have with their regular doctor or practice.

“This will ensure that people receive ongoing care from a practice that is aware of their clinical history and knows their circumstances,” said CEO Leanne Wells.

However, Wells said she was concerned that “for some, this definition may be too rigid”.

“What happens to those people who have a relationship with a GP or practice, have not had contact in the last 12 months, and now find they need to?”, asked Wells, telling Croakey there may be “inadvertent consequences in terms of access for some people”, for example, for young people.

“This is a risk particularly when what we need to do during the pandemic is to keep everyone connected to some form of health care access no matter what the circumstances,” she said.

The CHF is not asking the Minister to drop the change, but wants him to be open to some other exemptions, Wells said, although she warned that the risk of further changes might be “administratively difficult and potentially confusing for patients”. 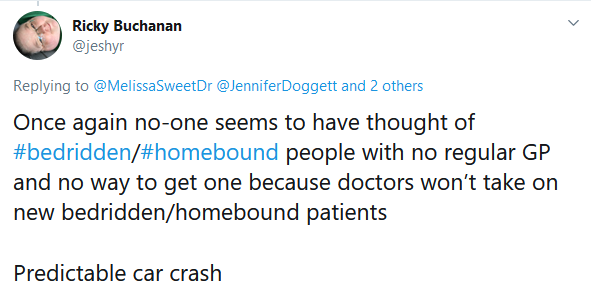 In his announcement of “stage seven of telehealth reforms”, Hunt said the Federal Government was “strengthening telehealth arrangements” as recommended by the AMA, the RACGP and “other medical experts” and this would ensure patients receive “quality, ongoing care from a GP who knows their medical history and needs”.

The move followed a call the previous week from the RACGP for an urgent overhaul to telehealth to ensure patients “steer clear of corporate telehealth pop-ups which have proliferated” in its early days under the pandemic.

The Grattan Institute made a similar recommendation in June, saying that telehealth “must enhance the existing clinician patient relationship”, and be limited to patients with an established relationship to a practice, “having at least half of their primary care visits in the past year being to that practice”

Hunt said the Government would closely monitor the impact of the exemptions it has included “and will consider further exemptions as necessary”. 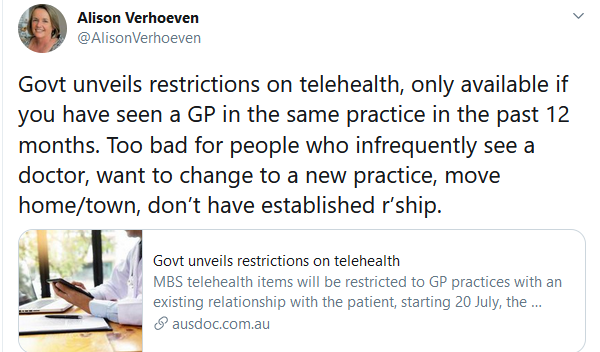 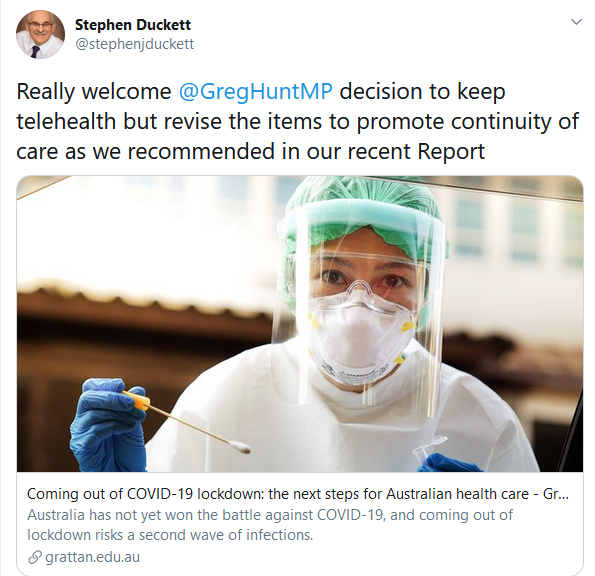 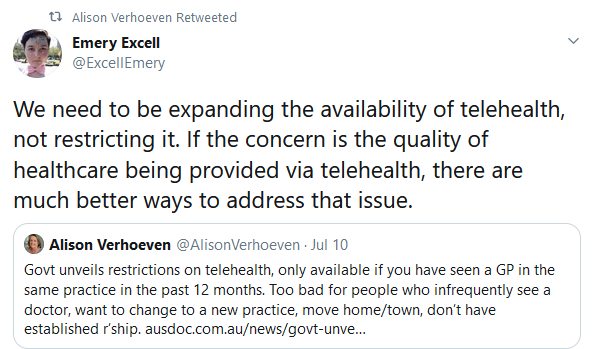 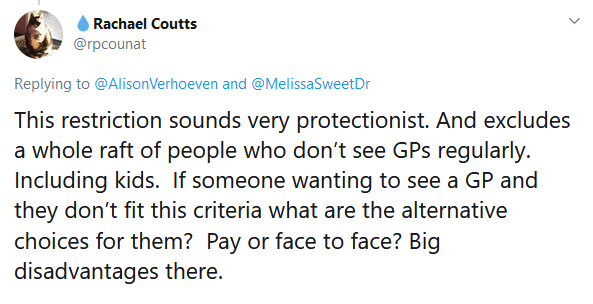 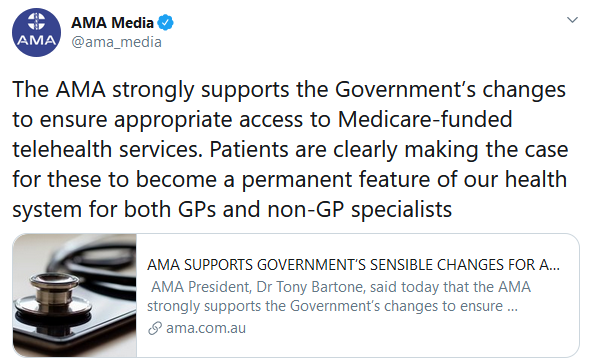 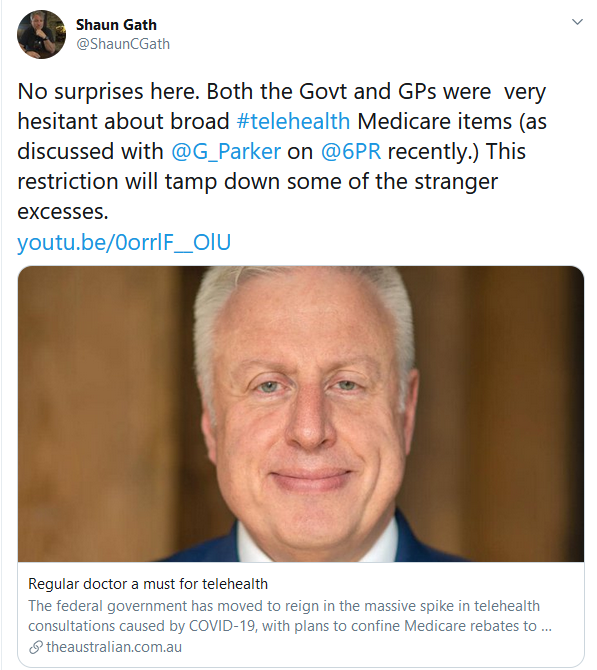 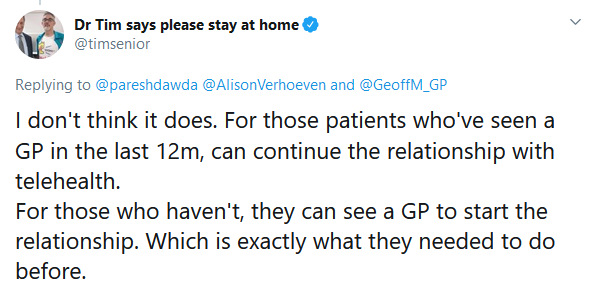