Learn from communities. Photo by mauro mora on Unsplash

Communities hold much knowledge which could help guide more effective responses to the COVID-19 pandemic, according to Danny Vadasz, CEO of the Health Issues Centre.

We understand, and much of the general public supports the Government’s pivot toward resuscitating the economy away from intubating the ill. If we want a quality of life that vaguely resembles all that we took for granted just three months ago, we need to reignite GDP growth with some conspicuous consumption. 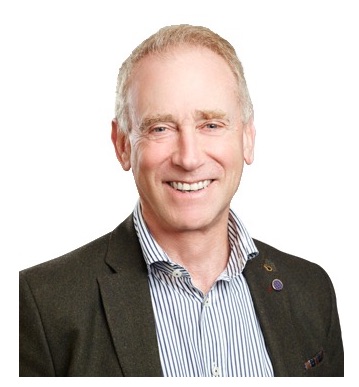 But balancing the health of the economy with the health of our population requires more than the science of epidemiology and the black arts of economics.

So, as we embark on our road to recovery, it’s timely for the community to scrutinise the Government’s blueprint for a COVID-Safe society and ask ourselves “do they really know what they’re doing?”

Essentially, the Government’s premise during the first phase of the pandemic was to buy more time. Acknowledging our total lack of preparedness for a calamity that had long been forewarned by everyone from Bill Gates to Marvel comics, it focussed on deferring the anticipated tsunami of demand while it massively upgrade intensive care resources. And as retribution for our poor pre-emptive planning, the economy took a spanking.

Now that we are better prepared, the Government has turned its attention in phase two to loosening the restrictions that have choked the economy.

No one is claiming that the virus has been beaten. In fact the Government now warns us to prepare for cluster outbreaks that will be kept under control by teams of COVID-busters who will trace, track and treat, ninja turtle style, spot fires as they erupt (maybe CFA style). In the meanwhile, if we all keep our distance and obsessively wash our hands all will be well (crucifixes and garlic anyone?)

But there are glaring loopholes in this strategy.

In the absence of a foreseeable vaccine we are banking a trifecta of initiatives to protect us: Personal Protective Equipment (PPE), smart-phone technology and social distancing. How well do they measure up?

The technology weapon of choice in this guerrilla war is the COVIDSafe app (unfortunately named because it doesn’t keep you safe, it just traces you in the event that you may have already become infected).

While to date there have been seven million downloads of the app, this still falls well short of the Government’s critical mass target of 40 percent of the population. But even were we to reach that target we might not have an effective screener. And not just because of the various glitches that indicate the technology is still in beta testing.

Recently enough we experienced the campaign to promote MyHealthRecord as a single source of medical truth. The Government claimed victory when fewer than 10 percent of the population renounced their conscription to the system, leaving 22 million Australians as subscribers – the highest rate per capita in the world.

Unfortunately, subsequent polling has indicated that only four percent of the population have actually ever accessed their records, making the impressive subscription rate a hollow KPI. So, anecdotal information suggests, is the case with COVIDSafe.

Instead of an effective anti-dating app, what we may have engendered is a false sense of security that walking about waving a smartphone in the air is the equivalent of wearing an invisibility cloak.

The second line of defence against COVID-19 relies on personal protection equipment. In Australia that basically means hand sanitiser because our health experts scorn the value of protective face masks.

When 75 countries representing 87 percent of the world’s population have mandated facemasks in public places, one may well ask why Australian health officials have discredited their efficacy. In fact the Proceedings of the National Academy of Sciences of the United States of America has recently published a report concluding that face masks offer a more effective protection from infection than social distancing.

Those 75 countries include Vietnam, Czechia, Austria, Cuba, Israel and Luxemburg, all considered to have been successful in limiting the virus as are many countries who have at least mandated facemasks on public transport such as Germany and South Korea. And that doesn’t include Taiwan and Hong Kong where facemasks were already part of the cultural norm.

Are facemasks really ineffective or is the truth that our national shortage of PPE led governments to downplay their effectiveness in an effort to quarantine their availability to front-line health workers?

Then, of course, the situation is made even more complex by the fact that the regulatory authority in Australia that credentials medical devices (the Therapeutic Goods Administration) doesn’t conduct quality and safety trials on so-called low risk devices, meaning that there is no way for the public to distinguish between the clinically proven effective and the cosmetic options that have proliferated now that opportunists have flooded the market.

And if you think that’s troubling, the same applies to hand sanitisers which are only truly effective if they contain antiviral agents but need not do so to be sold with implied COVID-19 protective qualities at a retail outlet near you.

And that brings us to the third and most confounding shield protecting our “COVID-safe economy” – social distancing. We have recently witnessed our governments berating and shaming us for non-compliance with this measure, as if it is a simple behaviour change matter that only requires cooperative re-programming. That’s because for epidemiologists and economists, social distancing is entirely a matter of adaptive etiquette.

But social distancing isn’t just a matter of behavioural readjustment. It is at odds with the social, economic and planning fundamentals on which our complex societies have been designed. We have created a world that in every way is predicated on efficiencies driven by critical proximity. Think about it.

Transport systems (everything from trains to escalators) move high volumes of people by maximising traffic flow and carrying capacity.

And many sectors or commerce, particularly hospitality, entertainment, tourism and retail are built on business models that require an efficiency based on a critical mass of customers.

We have built a world that assumes high density human proximity and we can’t redesign it with a tape measure or an overnight refit.

Added to that is the inherent tribal behaviour of humans. We have evolved as a highly social animal and physical distancing is contrary to all our instincts. And instincts aren’t readily retrained by contrary social cues. You only have to observe what’s happening in any public place to see that we have no innate resistance to human gravitational pull.

So here we are, creating a COVID-safe economy in the face of human instinct and established infrastructural and economic planning norms.

This then is our dilemma. In order for pubs, shopping centres, cinemas, gyms, sports facilities, resorts etc to regain their trading viability, they will need to return to operating levels consistent with their volume based business models. That means encouraging the same people we are berating for non-compliance with social distancing to re-embrace their affinity for social proximity and public consumption.

At the moment we are in a twilight zone. Enough people in a venue to encourage reopening but not enough to sustain the business without government subsidies that are set to run their course like the sands in an hour glass.

We know that those who will be most likely to take advantage of loosened restrictions will be the young, those who are most highly invested in socialising and least likely to suffer dire consequences from COVID-19 infection.

But where are our cluster outbreaks most likely to happen? At home, within families where people at high risk are most vulnerable of contagion from their younger relatives who are happily consuming their way back to economic recovery. Because there is no social distancing at home, no face masks and no sense of danger.

What does this all mean?

We don’t seem to have a better option to try to balance economic meltdown against hospital overload so we are going to have to make this flawed strategy work as best we can.

But we need fresh inputs to solve this wicked problem. Community feedback. The flaws of our current response strategy highlight the unintended consequences when you formulate policy in a laboratory without proof-testing in the everyday real world.

Our strategy-in-action seems to rely on waiting for policy flaws to emerge and then to try to mitigate them. That is fire containment rather than fire prevention.

We can better pre-empt spot fires by developing a predictive capacity through engaging with the people who can forewarn us through their lived experience.

We needn’t have been surprised by cluster outbreaks at an abattoir. What would you expect of a crowded workplace with low hygiene standards and a workforce with poor health literacy? Nor should we be surprised when outbreaks occur in residential age care facilities. Certainly the relatives of those age care residents could see what was coming.

So who will be the canaries in the coal mine for the looming challenges faced by intergenerational co-habiting families and households with a variety of risk profiles?

Perhaps the missing element from our COVID-safe world is not a tech fix or a behaviour change program but a better understanding of the human condition and the way in which well-intended policies interact with the reality of our everyday lives.

We don’t need more medical experts or economists or IT experts but we could learn a lot about how the real world operates from the people who live in it.

Danny Vadasz is CEO of the Health Issues Centre

PrevPreviousHealth and medical experts sound the alarm on university funding changes
NextOur national shame: that so many Australians go hungry and without healthy foodNext