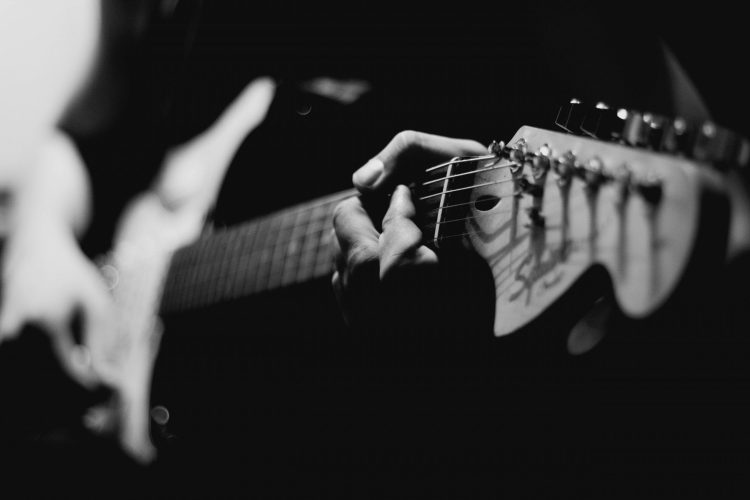 "The sense of loss I feel  is palpable when I learn that an artist, musician or writer whose works I loved is another depressing cockwomble." Photo by N Kamalov on Unsplash.

What’s to be done about Van Morrison and Eric Clapton’s anti-lockdown antics?

When beloved artists espouse troubling or dangerous views, or worse, how should we respond?

In an article first published on his blog, Professor Simon Chapman ponders whether we can and should “separate our appreciation for someone’s creativity from their loathsome … behaviours, attitudes and beliefs”.

I have a much-played boxed set of his best productions, which includes the Ronettes, the Righteous Brothers and Ike and Tina Turner’s incomparable ‘River Deep, Mountain High‘. I cannot imagine ever disliking those songs, despite Spector’s odious crimes.

Then there’s good old Van and Eric. With one in 30 London residents currently diagnosed with COVID-19, 1700 deaths a day and British and Irish frontline hospital and ambulance staff pleading for people to obey COVID-19 control protocols, what are we all to make of these musical icons releasing a song protesting lockdowns?

I saw Morrison live in London in the early 1980s, and along with about a quarter of the audience, walked out well ahead of the end when he obviously didn’t want to be there either. But now I’m wondering if I should walk away from even listening to his music.

Morrison, who gave us the languid classic ‘Into the Mystic‘ and many, many more wonderful songs has now released three tracks protesting the British lockdown: ‘Born to Be Free’, ‘As I Walked Out’, and ‘No More Lockdown’.

The hope is that these songs will be bought and downloaded, providing funds for out-of-work musicians. Presumably, Morrison and Clapton also hope that their views will become as contagious as COVID-19 and people will ignore directives.

Fantastic that they care about musicians’ livelihoods. But how to describe their concerns for the whole population?

The other night at a family dinner, a Ryan Adams track I love came on in a playlist I had running. One of my kids said “what are you playing that guy for? Don’t you know that he’s been accused of multiple counts of sexual misconduct?” [Note: Ryan has apologised for his behaviour].

I didn’t and my heart sank. I discovered him only relatively recently and have 10 or so of his songs like this one on high-rotation playlists.

I love much of David Hockney’s art like his ‘A Bigger Splash‘ (1967). Hockney is a smoker, which is none of my business. But he’s also been an active opponent of smoking restrictions in public spaces and putting a pox on those who want governments to do things like put gruesome pictorial health warnings on packs.

So this makes his views about smoking very much all of our business, because his post-truth views that he should be allowed to smoke where he wants are beyond self-absorbed. With his celebrity megaphone he hopes to wind back policy that benefits far more than it displeases.

But, as happens when I play favourite Clapton, Morrison and Adams tracks, I experience nothing of this in his paintings, and think I’ll always appreciate them.

Joe Jackson is another who rails against restrictions on smoking. The insipid nihilist lyrics to  his 1982 track ‘Cancer’ (“everything gives you cancer”) could come straight from the tobacco industry’s historic playbook of trivializing the risks of smoking. They’d sit comfortably with one of today’s MAGA Trump supporters, applauding his efforts to shred environmental health standards.

I’ve watched Roman Polanski’s movies like ‘Chinatown’, ‘Repulsion’, and ‘Cul de Sac’ many times. But wait, there’s the problem of Polanski’s alleged sexual abuse of women. So, do we all just relax, sit back and enjoy his cinematic artistry?

Of course, these recent examples are not the first time and certainly won’t be the last that musicians, artists, writers, and public figures whose work we love, will go and display weapons-grade fuck-wittery or be exposed for their reprehensible behaviour. But what are we to do when we learn this, beyond talking about how here’s yet another public figure  who’s gone down the plughole?

Then there’s travel. A few years ago I decided I wouldn’t attend a world conference in my field that was being held in a Gulf state. I had no appetite for living for a few days in the  gilded cage of a luxury hotel while outside, the government quietly facilitated the exploitation  of guest workers from impoverished countries, jailed people for adultery and did nothing to redress basic women’s rights.

I worked a lot with research colleagues in Shanghai, and loved going up there. But I became increasingly appalled by China’s treatment of minorities, evidence of organ harvesting from prisoners and its conduct in crushing dissent in Hong Kong. So sadly, no more China for me I decided.

But I’ve also been to many other countries where widescale human rights abuses, capital punishment, rapacious environmental policies, the jailing of dissidents and blind-eyes turned to Dickensian labour conditions in sweat shops abound. At different times, these have included the US, Turkey, Pakistan, India, Uganda, Iran and Afghanistan. Should we all feel obliged to stay away from any country which implements any egregious policies and practices? Are there any such places where none of this happens? Or if we’re to be consistent in the application of consumer and traveler “woke” principles, can we ever again travel anywhere?

And then of course, I live in Australia where our government keeps asylum seekers in prison-like indefinite detention, shrugs its smug shoulders over scandals like Robodebt, Aboriginal deaths in custody, Barrier Reef die-off, land clearing, and tries to endlessly polish the turd coal to try and make it seem clean.

Many of us put a lot of effort into choosing products and manufacturers which tick lots of boxes on exemplary environmental, labour and human rights records. In our house we use Choice magazine’s Cluckar app to help us buy truly free range eggs. We buy “naked”, unpackaged fruit  and vegetables. But I don’t check the carbon footprint and labour practices of every single grocery item I put in my trolley. Each trip to the supermarket would take all day if I did that.

The perennial debate about whether we can and should separate our appreciation for someone’s creativity from their loathesome and sometimes dangerous behaviours, attitudes and beliefs seems destined to never be resolved. All of us show inconsistencies in what we make a fuss about and what we let through.

The sense of loss I feel is palpable when I learn that an artist, musician or writer whose works I loved is another depressing cockwomble. But I haven’t and don’t intend to purge my Spotify playlists of anyone in that club. We often associate music we love with the context and times when we first heard it. What we might learn later about those who perform it seldom totally extinguishes any love for that music. Moreover, with the great majority of musicians, I’d have no idea about their politics. Is anyone saying that we should do this?

These people are diminished for me and I imagine many millions of others when we learn about their feet of clay. Knowing what they stand for has certainly inspired me to look elsewhere more and actively seek out musicians, artists and writers who I’ve found out share my values.

What do you do? Discuss.

Profesor Simon Chapman AO is Emeritus Professor in Public Health at the University of Sydney, from which he retired in February 2016. You find his blog here.