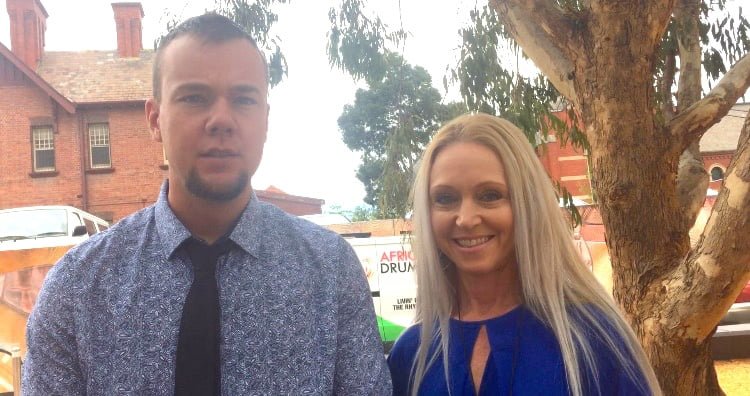 When a mental health unit introduced a peer workforce, what happened next?

Peer worker supervisor Fiona Burton admits she was “taken aback” by the level of anxiety and hostility among some of her clinical colleagues at an adult mental health inpatient unit when plans were unveiled last year to introduce a peer workforce at Peninsula Health in Victoria.

Because the news came at a time of other changes at the health service, staff were worried that employing peer workers – workers with lived experience of mental illness, either as consumers or carers – might put their own jobs at risk or change existing roles.

But there were other issues that raised concerns about the way mental health professionals can end up thinking and talking about the people in their care, Burton told the recent Victorian Mental Illness Awareness Council (VMIAC) conference in Melbourne.

Some staff were worried about working alongside people who may not be fully “recovered” or that they might have to be “on their best behaviour” in the lunch room where they traditionally could joke or let off steam about patients.

The extent of the resistance could be seen in the roll-up by staff of the Peninsula Health Mental Health Service to education and training sessions prior to the peer workforce commencing.

The sessions were organised by Burton, the unit’s senior social worker, and occupational therapist Rohan De Mel, who were tasked to introduce and supervise the program. They had expected big interest in such a major philosophical and systemic shift to the way they worked.

We’ve been in the service for a very long time, and we assumed that because of the relationships we had with people, they would be open to a new way of doing things.

We were really quite surprised and taken aback by the level of anxiety and hostility by some people about this new workforce coming.”

The good news is that attitudes on the unit have completely turned around since, she said, with the peer workers now fully integrated in the team, recognized and respected as their own discipline and getting referrals from all staff.

How that happened was laid out in a joint presentation to the VMIAC conference by Burton and members of the team on the “challenges, learning and successes” of introducing six peer workers to the 29-bed unit at Peninsula Health on the Mornington Peninsula, south of Melbourne.

They described the pilot program, which has now secured ongoing state funding, as an “incredible journey”, with peer worker Jesse Cross detailing how they measure its impact by the heartfelt feedback to him and his colleagues from patients, families and carers:

A family carer peer worker, Melanie Ryan, said: “We started with a lack of knowledge of peer work, a team that was concerned about how peer work was going to impact on their own roles and anxiety about integrating a new workforce into an inpatient unit.

“We (now) have an incredibly passionate workforce who are committed to providing the best for the people, family and carers they connect with.”

The experience at Peninsula Health offers insights into the value of peer work in mental health, and also why Australia lags in this area compared to many other nations, the barriers to change, and the unsafe working environments that peer workers often face in mental health services.

As the recent TheMHS conference in Sydney also heard, employing peer workers in mental health is about much more than ensuring their voices are heard; it shakes up the old modes of mental health services that are based on medical management and clinician control.

Burton told the VMIAC conference, it’s not a change that can be introduced half-heartedly.

“It’s paramount that supervisors not only want to be part of the setting up of a peer program but are passionate about changing the mental health landscape and want to challenge the way we have done things in the past,” she said.

The team talked about the many issues that came up through the process, including the risk that peer workers become “inadvertently clinicalised” or that their supervisors “over-react” when a peer worker is facing challenges and think this may relate to a relapse in their mental illness rather than an everyday workplace response.

But the main challenges for Peninsula Health really came before the peer workers stepped onto the ward, Burton said.

In part, she says, this was because the program was announced while there were other unrelated reviews of positions underway.

That added to anxiety and created some resentment, with speculation that lost hours and positions were “funding the employment of the peer workforce”.

“I think you need to have a very stable organisation that’s very clear about what roles are prior to a peer workforce being implemented, so everyone feels very secure in their own positions and they don’t feel like they’re losing something,” she said.

But another big challenge was seeing that stereotypes and stigma about mental health in the general community were also evident in the unit itself, Burton said, showing a slide that declared: “We have forgotten what recovery looks like!”

In the early days, clinical staff expressed concerns about ‘ex patients’ being part of the treatment team and participating in clinical handover. “Why on earth would we have people who had been part of service now employed as peers?” was the complaint.

“One of the challenges for staff who work on an inpatient unit is that they support people when they are acutely unwell, and don’t have the opportunity to see a person change their life circumstances and progress further in their recovery,” Burton said.

And then there was the lunch room issue: what sharing it with peer workers might mean for the ways clinical staff have traditionally “debriefed”.

Burton said the unit’s lunch room, “like any lunch room”, is where staff talk about their difficult day, of their challenges on the ward.

Sometimes that involves black humour and language – she says delicately – that “isn’t as recovery and strengths-focused as you would want it”.

“People thought they would have to be on their best behaviour around the peer workers, that they might offend them with their language,” Burton said.

“My view is that if you’re even thinking that you might offend someone with your language, then you’re not using the right language.”

Language is a big focus for the peer program and in the unit, guided by the work of the Intentional Peer Support program in the US and Flourish Australia, that has seen them drop the word “consumer” to describe the people they care for.

Ryan explained the thinking to the conference:

We are individuals who have been brought together, some by choice, some not.  We all come with our own stories, experiences that make us who we are. Some of us have had easier paths than others to get here.

We come together and we call each other different things – patient, inpatient, client, consumer, carer, borderline, schizophrenic, nurse, social worker – and we further add to the labels that we have collected along our journey.

Many in the consumer movement for some time have raised concerns about the use of the word “consumer” as it implies choice and suggests that there is a reciprocal contract between those who provide a service and those who use a service.”

Instead, those who use the Peninsula Health service are now simply referred to as “people”.

“By changing the language surrounding mental illness we can begin to promote hope, rather than defining a person, or group of people, by a diagnosis,” Burton said.

As its next step, the unit is looking at the language it uses in handover notes and how that adds to the labelling of people with mental health issues.

Burton showed a slide to illustrate the words and terms – like “helpless” and “hopeless” – that get used as shorthand by health professionals who are working under pressure but which are essentially unhelpful for practice and can be “inflammatory”. 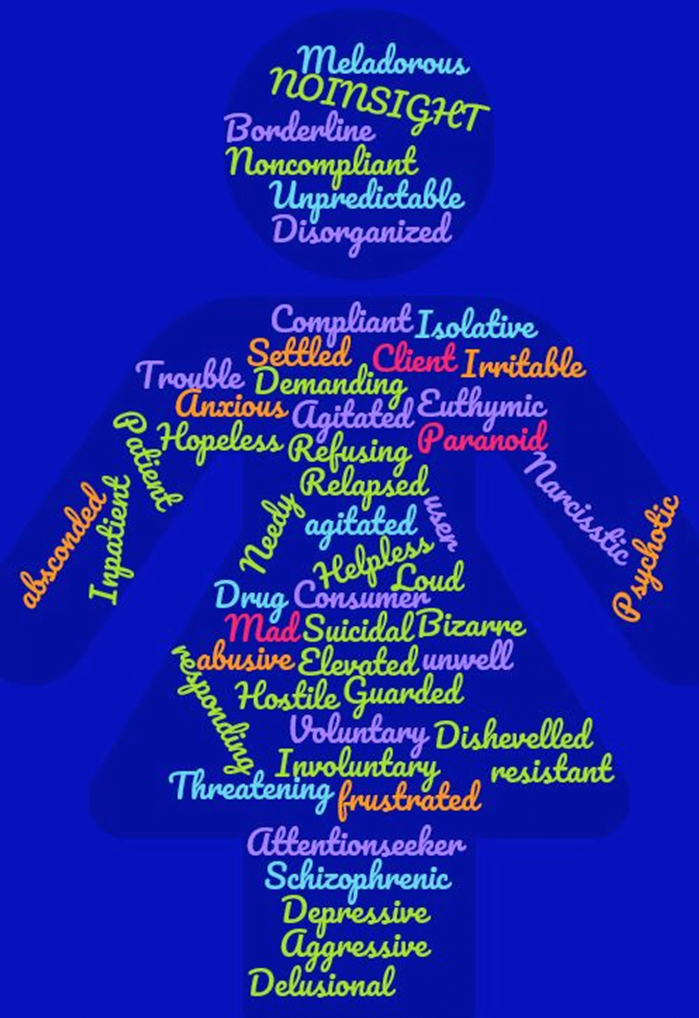 Instead of saying that (someone) is ‘demanding’, we’re saying now to try to look behind the reason why they are being demanding – perhaps that they were distressed because they couldn’t get their phone charged.

We’ve got very good at doing shorthand: it’s in our notes, in our language, in our lunchroom. I think we need to look behind those words, to really understand why the person is acting the way they’re acting.”

But, despite all those challenges, Burton said the Peninsula Health team got a lot right with the program, to the point that resistance in the unit to the peer workers turned around very quickly – “after about three months it was like they’d always been there”.

Having the peer workers based in an office in the unit, rather than being community based, had turned out to be “fundamental” to success, helping them to forge an identity as a “unique discipline within the broader team”.

Another was having a Nursing Unit Manager, Liam Shaw, who backed the two supervisors “100 per cent” and made sure that resources were in place to support the commitment to peer work, including employing another social worker to free up Burton’s supervision time.

She also paid tribute to “some incredible peer workers who worked really hard to develop positive relationships with staff”.

“They are now completely integrated, they’re not seen as separate at all, there’s been no undermining, no negativity,” she said.

“I wouldn’t have thought this possible a year ago.” 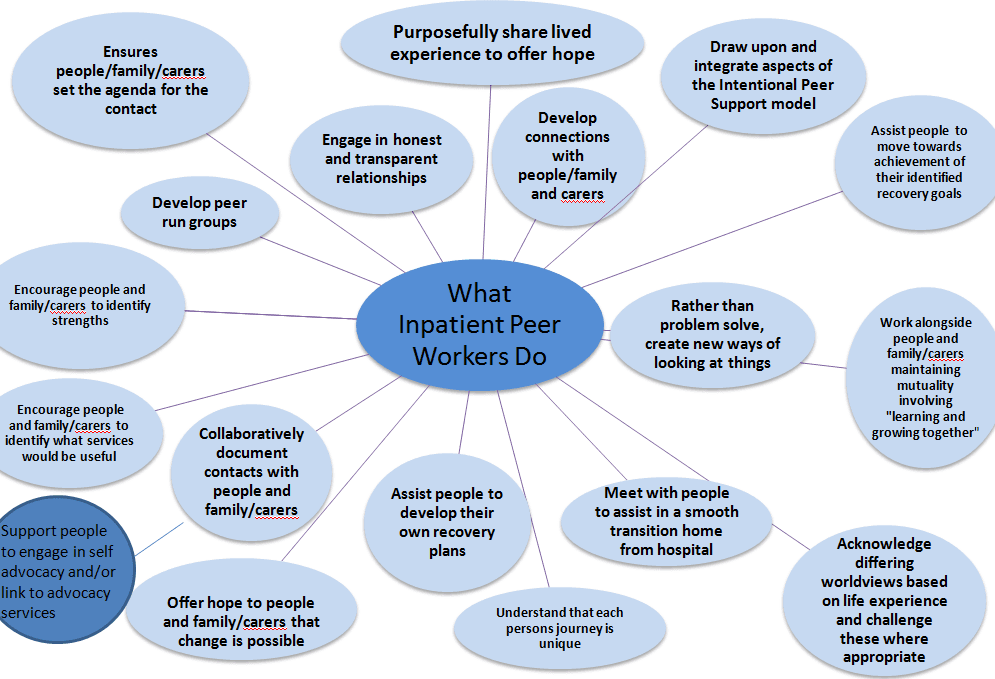 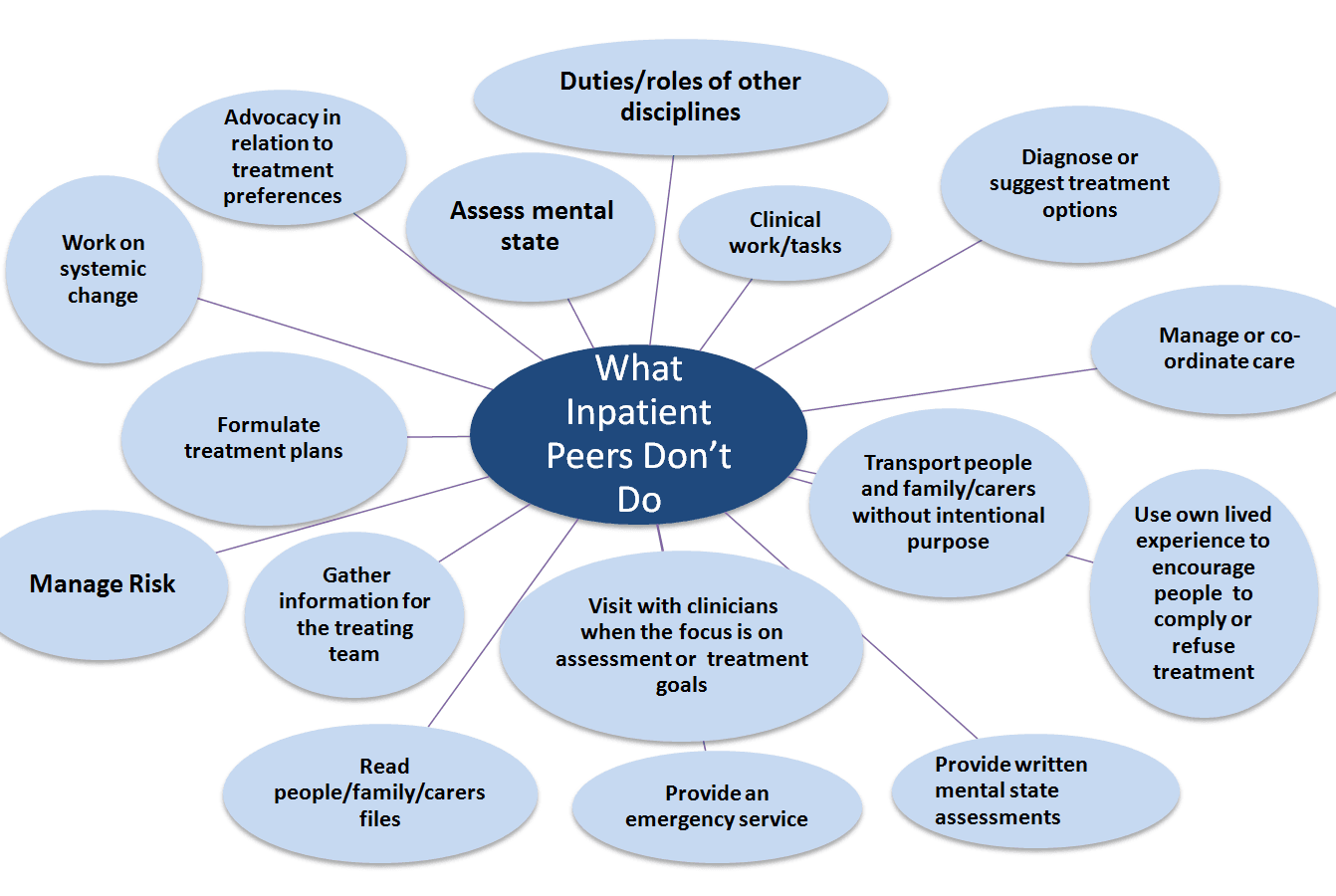 PrevPreviousCOP23: Working on a “rulebook” for the Paris Agreement
Next“We will be vigilant, we will be monitoring” – state and federal governments must act on NT Royal Commission findingsNext