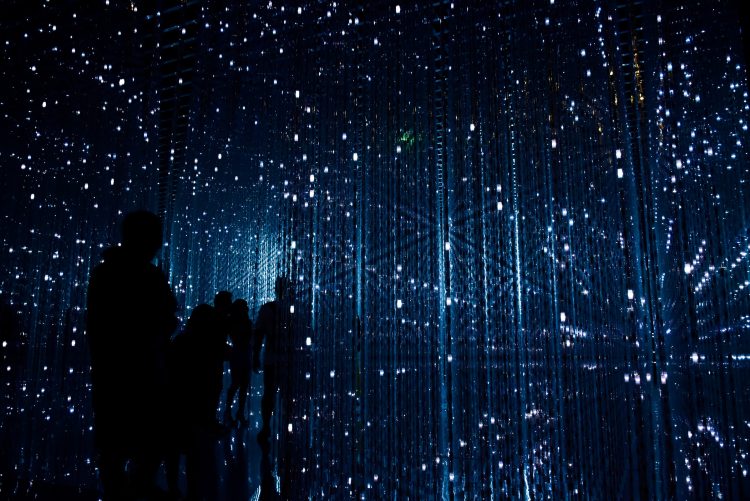 A call to design networks for prevention. Photo by Robynne Hu on Unsplash, from Future World, at ArtScience Museum, Singapore

Every system is perfectly designed to get the results it gets, goes the oft-quoted adage. Surely, it’s well past time to design a primary healthcare system that makes it easy and rewarding to prioritise prevention?

Researchers from the University of Sydney and the Gold Coast Primary Health Network report below on research investigating PHNs and their roles and agendas in prevention (published this week as a preprint).

Many questions about Primary Health Networks (PHN) – how they operate, how they communicate with each other, and how they are evaluated by the Commonwealth Government – were raised a few years back in an article at Croakey by Associate Professor Lesley Russell.

We have also been interested in these questions, in relation to cardiovascular disease prevention.

During 2020, we conducted interviews with 32 staff members from PHNs around the country to identify implementation strategies for new CVD prevention guidelines that are due in 2022. We also looked at PHNs’ Needs Assessments of their regions to determine whether they include CVD prevention.

We were interested in finding out what support PHNs provide to general practices, whether they engage in prevention activities, how they communicate and share information with each other, and identify the main drivers for prioritising certain activities.

We know the Australian Government established PHNs for the purpose of improving the efficiency and effectiveness of primary healthcare by commissioning services for their regions, and supporting general practice.

It is generally agreed that prevention is at the core of primary healthcare, and CVD is one of the most serious and common conditions managed by general practice. We therefore wanted to explore to what extent, if any, PHNs were supporting CVD prevention.

Our research provides preliminary answers to the questions raised in the Croakey article, although some ambiguity about the purpose of PHNs remain.

According to our study participants:

i) PHNs have an informal role in prevention

ii) their activities are determined by financial incentives and constraints, and

The study participants explained that PHN staff do not see it as their role to conduct prevention activities in general practice, even though they do feel there is a need to increase these kinds of activities. They explained that any prevention that does happen is opportunistic, or secondary objectives of other programs of work.

A recently released discussion paper by the Primary Health Reform Steering Group which has been released to stakeholders to seek feedback on its recommendations to informs the Commonwealth’s Primary Health Care 10-Year Plan, highlighted the crucial need to create a primary healthcare system that pivots from ‘an illness system’ to ‘a wellbeing system’ – focusing on health promotion and prevention.

In fact, prevention is the subject of ‘Recommendation 7’ of the report – a heartening development in the context of our interview findings.

The study participants unanimously agreed that the key to successfully conducting any program was effective engagement with their general practices.

Participants explained that PHNs are not specifically funded to undertake or even support prevention activities, which creates challenges for engaging general practices in this area.

The big issue is funding… it’s always going to come down to funding.

If, if they can’t charge for it, if Medicare, if the nurse can’t be part of the contributing to time, for time services…that’s definitely a barrier.”

The financial imperatives of PHNs and general practice therefore significantly constrain the type and scope of prevention activities they are able to formally undertake or support.

One of the participants articulated the perceptions of the group, that not only did GPs and PHNs require appropriate incentives and funding, but PHNs require specific, organisational key performance indicators (KPIs) relating to prevention, and more specifically CVD prevention, so they can be empowered to undertake this work, and benchmark their performance against their peers.

Part of it’s around incentivising GPs to do it…

I think it’s got to be brought back into the funding of the PHNs, or seen as being a KPI by which we’re measured against and compared against others, ‘cause the PHNs are collegiate but we’re also competitive, we want to do well.”

Participants described a plethora of competing programs and priorities from the Commonwealth and arising from their local Needs Assessments.

One of the participants, a Project Manager described the challenge:

And there’s lots of aged care stuff coming down as well at the moment.”

Many of the participants expressed their personal feeling that prevention should be a PHN priority, and also be formally included in existing programs of work. Some had advocated for this, but with little success.

As one participant said:

Encouragingly, Pillar Three of the Long Term National Health Plan details plans for a National Preventive Health Strategy and acknowledges the need for a greater focus on prevention across primary health care.

We found variation in the degree and maturity of communication between PHNs, which ranged from little, through anecdotal to structured and effective. Examples of PHN communication and information sharing included sharing worksheets and quality improvement templates.

The Queensland PHNs are collaborating intensely on the My Health for Life program with a Community of Practice across all seven PHNs. In Western Australia, three PHNs operate under a single unified entity known as WAPHA.

As the findings in the aforementioned article explained, some of our study participants alluded to the existence of a PHN CEO network. However, participants did not go into detail about what this network undertakes.

We found that PHN programs of work are largely determined by the priorities of the Government of the day, and that they do not formally undertake or support prevention activities.

We found strong support from the study participants to make prevention a priority of the Federal Government, with related organisational KPIs and funding.

Optimistically with the Government’s aim to reform primary health care, and the release of Australia’s Long Term National Health Plan “to build the world’s best health system”, PHNs are ready and willing to support prevention – but they must be enabled.

Samuel Cornell is a Research Officer on the CHAT-GP project. Previously he completed a Master of Science by Research investigating use of a lifestyle prescription form and prior to this attained a Bachelor of Science in Physiology.

Dr Carissa Bonner is a behavioural scientist who applies evidence-based decision making and risk communication strategies to address problems in public health. Her research is focused on improving the implementation of disease prevention guidelines in primary care using ehealth interventions, and developing patient decision aids across a range of health topics. Her NHMRC/Heart Foundation Fellowship is focused on implementing new ehealth tools to support GPs’ use of cardiovascular disease prevention guidelines: www.auscvdrisk.com.au

Dr Carl de Wet. Since March 2020, his professional role has mainly been as Primary Care Lead for the COVID-19 pandemic response in Queensland. He is a member of the Pandemic Health Response Implementation Advisory Group (PHRIAG) that was convened by the Director General and liaises between Queensland Health, the State Healthcare Emergency Co-ordination Centre (SHECC) and primary care stakeholders, including: AMAQ, RACGP, ACCRM, GPTQ, JCU, RFDS, Office of Rural and Remote Health, all seven PHNs and the Queensland HealthPathways (HP) Community. His usual roles are as a GP in Logan and Clinical Lead and Liaison for Queensland Health and the Gold Coast Primary Health Network (PHN) since 2014.

PrevPreviousFirst Nations organisations sound the alarm on changes to charities regulation
NextClosing the Gap: how can data drive the change that’s promised?Next